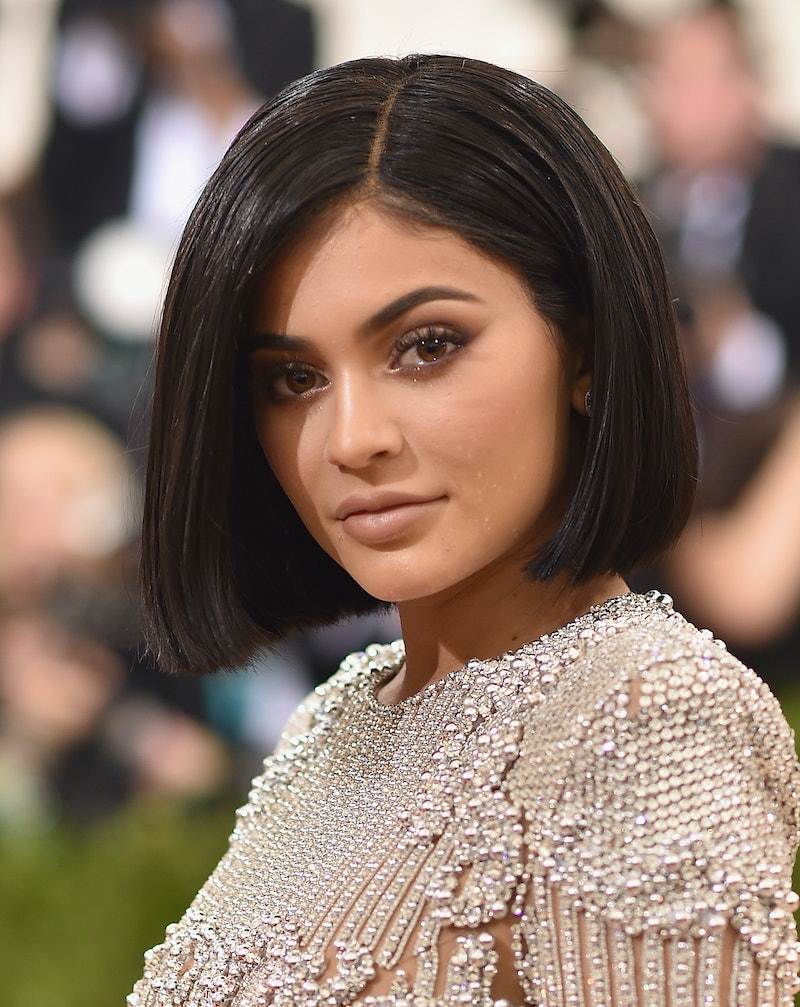 Once seen as a gym-wear staple, hooded sweatshirts are now a street-style must. And Kylie Jenner’s orange Champion hoodie that she wore on Saturday, Aug. 13 via her Snapchat is proof as to why the hooded jumper is making a major comeback.

On the evening of Aug. 13, Jenner was spotted departing an airplane in Van Nuys, California after some very fashionable (and what looked to be very fun) birthday festivities in Turks and Caicos, The Daily Mail reported. The newly 19-year-old reality star and makeup entrepreneur sported a pair of black leggings, white sneakers, and the pièce de résistance: An oversized gold/orange sweatshirt. While most of Jenner's clothes tend to be of the designer variety, her laid-back look is much more inexpensive than you might think, being that her sweatshirt is made by none other than Champion.

Although Jenner has been at the forefront of the hoodie trend, and has sported the Champion brand a time or two, other major style influencers like Selena Gomez and Gigi Hadid have recently been seen rocking sweatshirts of the hooded variety as well. This means that it's only a matter of time until street-style stars start stomping around in classic, comfy pullovers.

If you want to jump on the hoodie bandwagon and cop Jenner's latest laid-back look, then scroll down to shop a similar Champion hoodie as well as a few other hooded sweatshirts of the golden variety.

Jenner's sweatshirt is an orange/gold hue seemingly somewhere in between these two Champion classics. Choose your favorite and rock it with black leggings and white kicks.

Not ready for a pullover? Try this zip-up hoodie in the color of the season: marigold.

You can never go wrong with a basic pullover, especially if you pair it with some fresh sneakers.

Take your athleisure style to a whole other level with this chic yellow hoodie from Free People.

Add a pop of color to your loungewear attire with this neon zip-up hoodie.

Inspired by Jenner's laid-back look? Pair this Nike hooded sweatshirt with black leggings and a pair of bright white sneakers.

Borrowing sweatshirts from guy friends isn't just a high school thing. Wear a men's sweatshirt as a dress, coverup, or over a pair of leggings like Jenner.

Whether it be bomber jackets, braids, or hooded sweatshirts, Kylie Jenner is always rocking the latest and greatest trends.

More like this
These Are The Best Socks A Woman Can Buy
By Lisa Fogarty
Tilda Swinton’s Neon Yellow Hair Is More Than A Style Statement
By Justine Knight
How To Wear A Bucket Hat Like Rihanna, Dua Lipa, & More
By Allie Fasanella
Serena Williams Looked Like Royalty In A Bodycon Velvet Dress
By Allie Fasanella
Get Even More From Bustle — Sign Up For The Newsletter