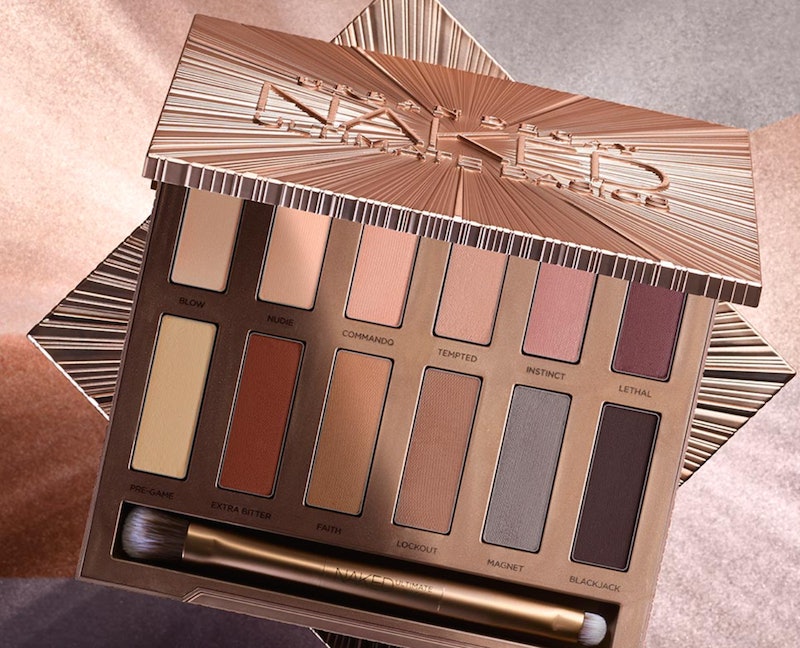 UPDATE: Bustle has confirmed that the Urban Decay NAKED Ultimate Basics Palette is a permanent addition to the brand.

The brand announced the latest addition to the Urban Decay family in response to their fans' requests for such a palette. The NAKED Ultimate Basics was announced via the brand's Instagram account and by none other than creative director Wende Zomnir. Soon, fans subscribed to the brand's email newsletter — including myself — were waking up to the news of the all-matte neutral palette, and the internet began to get hyped over this gorgeous slice of matte, neutral heaven. With such online excitement, people have been led to ask whether or not the NAKED Ultimate Basics is limited edition.

So far, there has been no official comment from Urban Decay regarding whether the palette is limited edition. However, Bustle has reached out for comment. Until then, however, there are a couple of things we know about the palette that could point to an answer. After all, if the Twitter reactions to NAKED Ultimate are any indication, fans need to know this valuable information.

Another clue that the Urban Decay NAKED Ultimate Basics isn't limited edition? It's fan-desired! Urban Decay has given fans exactly what they asked for in their newest palette, and it shows that they're listening. Based on the internet's current state of Holy moly, there's a new all-matte Naked Palette, my guess is that they're going to keep this beauty around. Plus, it's a great foil to the exciting NAKED palettes which all feature a mix of shimmers and mattes.

While there's no official word yet on whether or not the Urban Decay NAKED Ultimate Basics Palette will be limited edition, if the signs are right, you'll hopefully be able to get this beauty for a long time. As always, though, Bustle will be here to update all you makeup junkies when we get word.