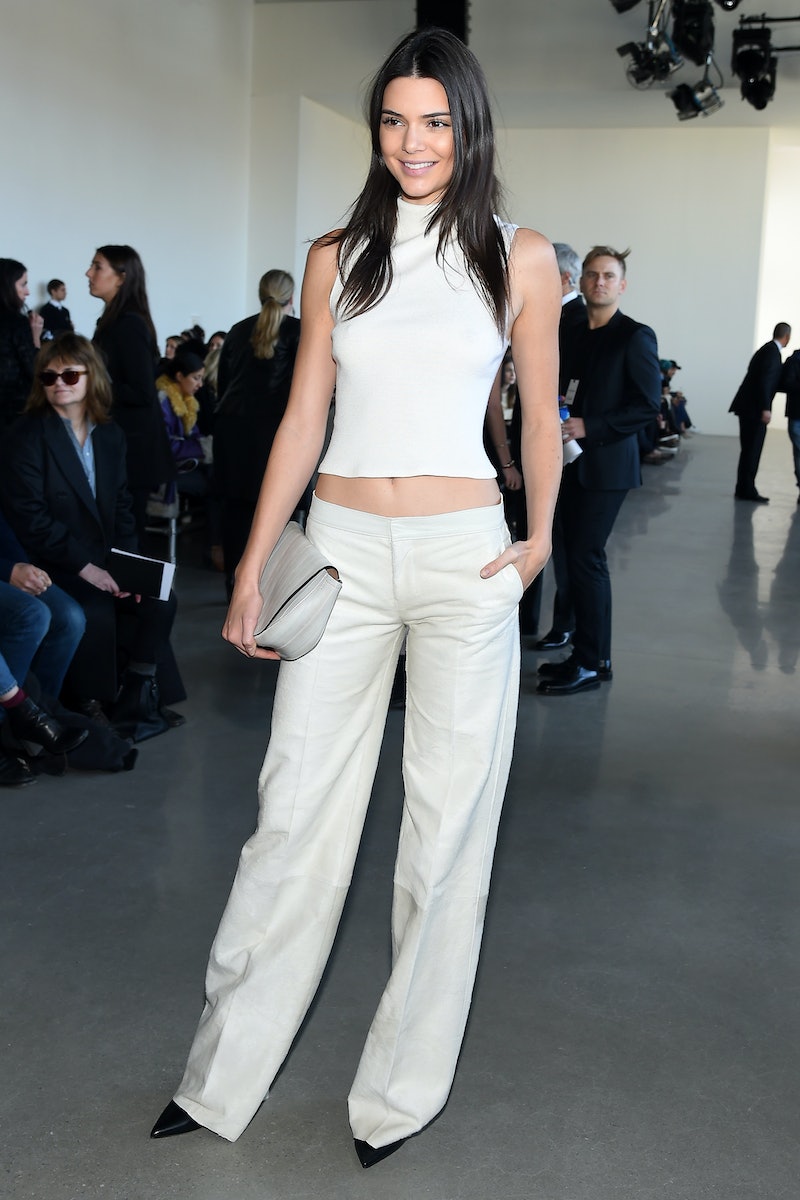 As a born and bred Brit, I hold my hands up, ashamed of my own ignorance and admit that I had no idea what Labor Day was. I was more than a little baffled when confronted with the question: Can you wear white pants after Labor Day? Although you may think it a little odd or irrelevant for an English gal to be giving an opinion on things that don't affect her directly, I thought it would be beneficial to give an outsider's unbiased perspective on the entire affair.

I soon discovered that the unspoken rule that people shouldn't wear white after Labor Day actually has historical roots. According to Darling Magazine, "The origins of this 'rule' stems back to the late 1800s." Making it a pretty old rule. Darling Magazine reported that, "From a practical perspective, white is the most suitable color as it reflects the most light... In the late 1800s, however, white symbolized the class division – the rich wore white and enjoyed those three months of summer, while the work clad laborers continued on. The end of summer marked the shift back to work, the end of the vacation season, and the start of the working year, so to speak."

I'm pretty sure wherever you go in the world, there are strange laws that were put into place decades ago, which people seemingly forgot about. When it comes to wearing white after Labor Day, it's definitely not against the law, but you may get a scolding from the self-appointed fashion police.

In this day and age, no matter where you are in the world, you should be able to wear whatever you want, whenever you want. The fact that wearing white after Labor Day is frowned upon by some US citizens, reminds me of all the other archaic fashion and beauty laws that are imposed upon people. There are a ton of rules relating to makeup that you're probably well acquainted with; my personal favorite is, "Never pair a bold lip with a dramatic eye."

According to society, the plus size community has their own set of "rules" on the way they should dress, that apply specifically to them – which is totally Medieval if you ask me. From steering away from tummy flaunting crop tops, hiding their cellulite, and wearing "flattering" cuts, plus size fashion rules seem never ending and are blatantly unjust.

The moral of the story is this; no matter what your size, shape, or style, you should wear whatever you want to wear at any time of year. Screw archaic rules that try to police our bodies and our fashion choices! Wear white pants after Labor Day, wear an oversized T-shirt dress that drowns your figure, and wear all your favorite makeup all the time.