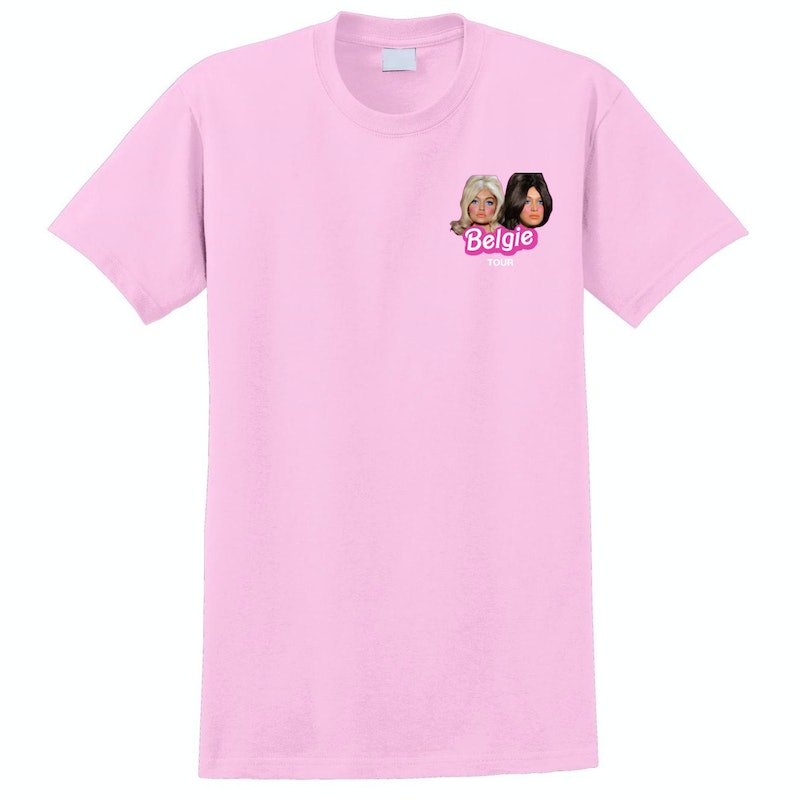 You've probably heard of CaKe and KenGi, but now there's a new BFF duo in town. Two of the top sisters in modeling are joining forces with one unique name — Belgie. That's Bella and Gigi Hadid, for those of you sartorial slow-pokes. Thanks to the new nickname, you can now show your pride for both of them right on your sleeve. Where can you buy the "Belgie" sweatshirt and tee, you ask? There's only one place to get your official Hadid gear. UPDATE: According to Harper's Bazaar, Gigi Hadid confirmed on Twitter that she and sister Bella are not affiliated with the "Belgie" merchandise that was sold on the Urban Sophistication website, and the apparel is no longer available for purchase.

EARLIER: Both of these women are a forces to be reckoned with in the fashion community, so it only makes sense that they'd come together to bring the world some amazing Hadid sister swag. Gigi first showed off the Belgie sweatshirt on Snapchat, and it wasn't long before Hadid fans were dying to get their own.

If you want in on this, your options are either a bright pink t-shirt or hoodie. Each one has the Hadid sisters made up to look like dolls with the word "Belgie" printed underneath. It's no Hadid-branded bomber jacket, but it's definitely a start. I can't think of a better way to celebrate both these ladies at the exact same time.

With or without the heavy filter, this shirt is adorable. They might have completely different styles most of the time, but they come together perfectly on this shirt. As of now, the only place to get this gear is at the Urban Sophistication site. The shirt costs $50, while the sweatshirt will set you back $65.

It's just adorable enough to be worth it, IMO.

What are you waiting for? Go grab this sisterly gear before it's all sold out!