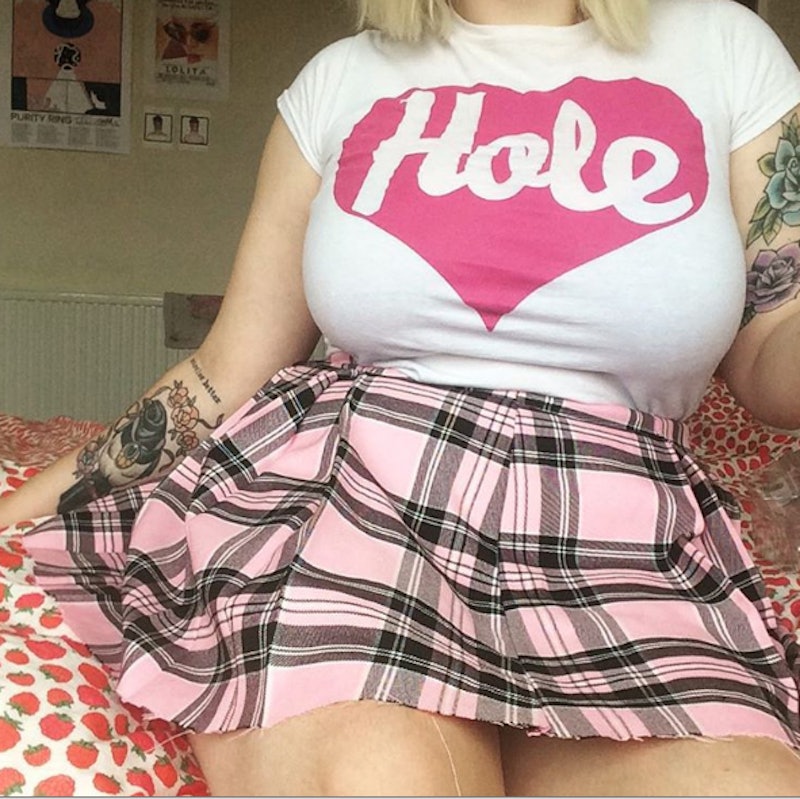 While it may be our own personal preference to get dressed-up to the nines, wear heels on the daily, or reapply lipstick as though it were an Olympic sport, the choice to champion all things girly in no way excuses the creepy comments people say to feminine women, or the judgement from many who believe we’re just subscribing to backwards beauty standards and patriarchal notions of what it means to be a woman. Seriously, feminine-presenting people often get a tough break.

Such arguments or issues with the way femininity as a concept has been constructed can undoubtedly be valid. But it’s important not to lay the blame on femme-presenting people. Rather, the fault is with a system that has upheld femininity and feminine traits as weak, or otherwise not to be taken seriously.

With Fourth Wave Feminism making some strides in terms of championing all things femme and pushing an overtly girly, over-the-top aesthetic as something that can be both subversive and powerful, it’s time to stop shaming feminine-aesthetic-people for our individual sartorial choices. Below are 11 of the creepiest things many femme-presenting humans are used to hearing on the reg, along with some insight into why each comment is nothing more than complete BS.

1. “Why are you trying so hard to impress people?"

It's completely reductive to assume that just because I dress up, I'm trying to impress you or anyone else apart from myself.

This one I have never really understood. Why must people always ask me why I never wear trousers, and then seem almost awe-struck on the rare occasion when I decide to? Would covering my legs demand more respect? I think not.

3. “You’d look so pretty without makeup on."

You're right, I would. But my choice to wear makeup is rooted in wanting to. Not in feeling like I have to.

Unfortunately, femme erasure and invisibility are very real things. In a society that traditionally rewards masculinity and undermines femininity, comments such as these only continue to perpetuate stereotypes about how LGBTQ+ people should or should not present themselves and their identities.

The only thing I'm uncomfortable with is all of your unwarranted questions, actually.

6. “You can't be a feminist while subscribing to patriarchal ideas."

Here we have yet another example of femme erasure or demonization. Yes, there may be issues surrounding the marketing and tactics used by much of the beauty and fashion industries in order to establish backwards beauty ideals. But subverting these tools can be equally as powerful as rejecting them altogether.

Yes, there are convincing arguments out there for all the ways feminine people have been conditioned by society to believe that they have to subscribe to femininity. But trust me, for many it's a choice and not a chore.

You may think that dressing-down makes me more comfortable, but often it does just the opposite. Dressing up can be as empowering as going bare-faced for the day, and I for one never feel more powerful than when I know my OTT outfit is slaying.

Have you always been so nosy? I just don't understand why feminine choices must constantly lead to an inquisition.

While I applaud your accuracy in correctly identifying which decade we're in, I am wearing exactly what I want — even if it's not what you think I should be wearing.

Although acceptance of the feminine aesthetic may be on the horizon, it can sometimes be difficult not to let these comments stick when they are repeatedly hurled at us. Trust that your fellow femmes are with you, however, and anyone not on board just doesn't understand the valid power of dressing up in the way you so choose.

More like this
Women Around The World Are Cutting Their Hair In Solidarity With Mahsa Amini
By Darshita Goyal
The 12 Best Strapless Bras That Won’t Slip & Fall Down
By Audrey Williams and BDG Commerce
Androgynous Formal Wear That Will Make You Feel *So* Fancy
By Megan Lasher
Amazon Sneakily Put These Popular Things On Sale: Here's What You Don't Want To Miss
By BDG Commerce
Get Even More From Bustle — Sign Up For The Newsletter