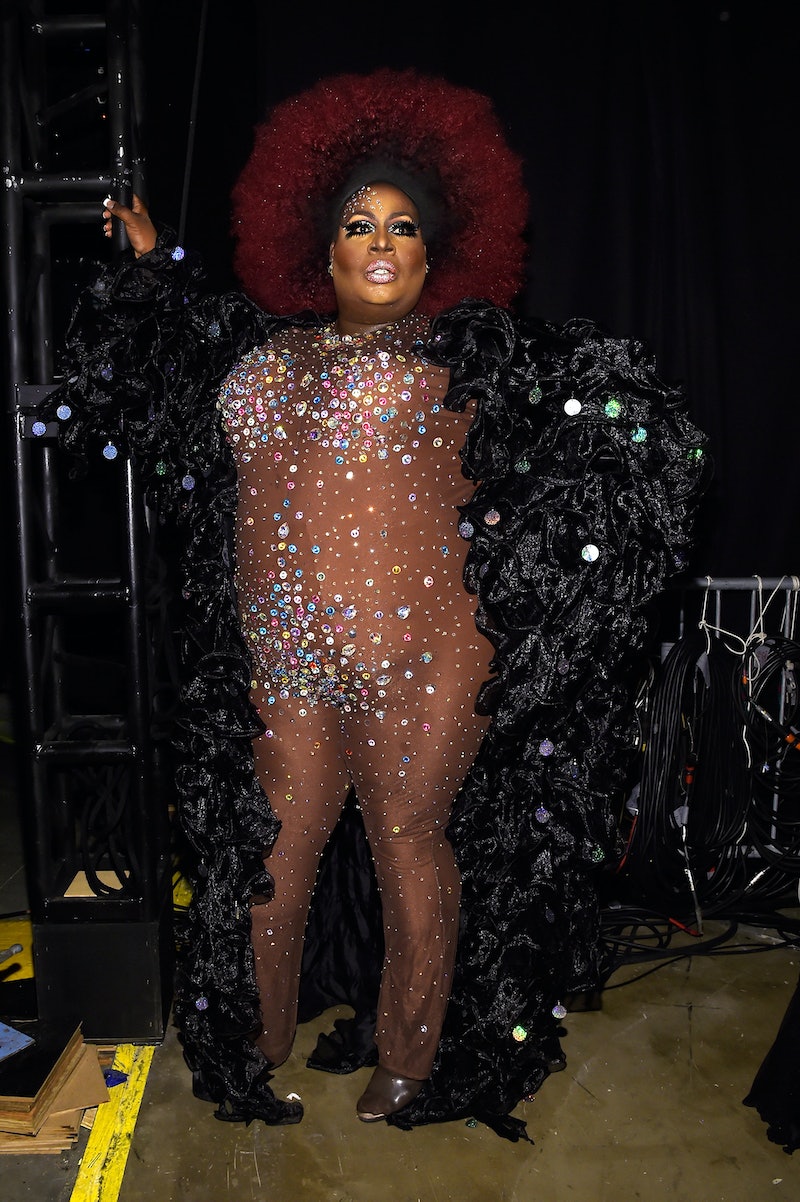 In terms of body image, the plus size queens on RuPaul's Drag Race don't shy away from their weight. For some, their bodies are their whole schticks. They embrace them, they shout about them, and they genuinely seem to adore being bigger. This kind of unabashed celebration of plus size figures fills me with joy.

Because of the body image positivity present in RuPaul's Drag Race, I felt it necessary to compile a list of all the best fat positive mantras and quotes that are heard on the show. This is partially to recognize their brilliance, but mainly to have something to look back on in times of the sads. May these 15 sayings remind us all how fabulous it is to be fat.

Ginger Minj's quote hit the nail on the head regarding how plus size people should treat each other. We're all in this together, after all.

The full quote reads, "Jiggly is New York's plus size Barbie. She's got swerve for your nerve. You can't take her!." It's a title that I hope to usurp someday. Using "plus size" as a positive descriptor is a perfect act of body positivism.

3. "I Am Large And In Charge, Chunky Yet Funky, I Am Latrice Royale"

Latrice Royale's body positivity is worthy of a whole other article, but this is my all time favorite fat positive quote. Royale knows that being fat is a huge component to who she is, and she owns it.

This quote from Latrice Royale's acceptance speech for Miss Congeniality on her season of RuPaul's Drag Race could be applied to anyone, but I think reminding yourself of this during lapses of your self-confidence or personal body positivity can change your outlook completely.

Being able to joke about your weight is, IMO, one surefire way to become more comfortable with it, as proven by the RuPaul's Drag Race girls.

This entire song is about a Drag Race alumni embracing three things that alienate her from mainstream gay culture: Being fat, femme, and Asian. How better to embrace your body than to perform a song about it, right?

7. "It Doesn't Matter Where You Come From, What Color You Are, What Shape You Are... Be The Best You Can Be"

This is another Latrice Royale gem — can you tell she's my favorite yet? — and it's a golden one. Don't let anything hold you back, regardless of what society may think of you.

No matter what your situation is — and whether you're killing the game or letting the world get on top of you — having messages to repeat to yourself that'll help keep you going strong is important. So why not draw inspiration from drag queens? They're some of the strongest gals in the land.