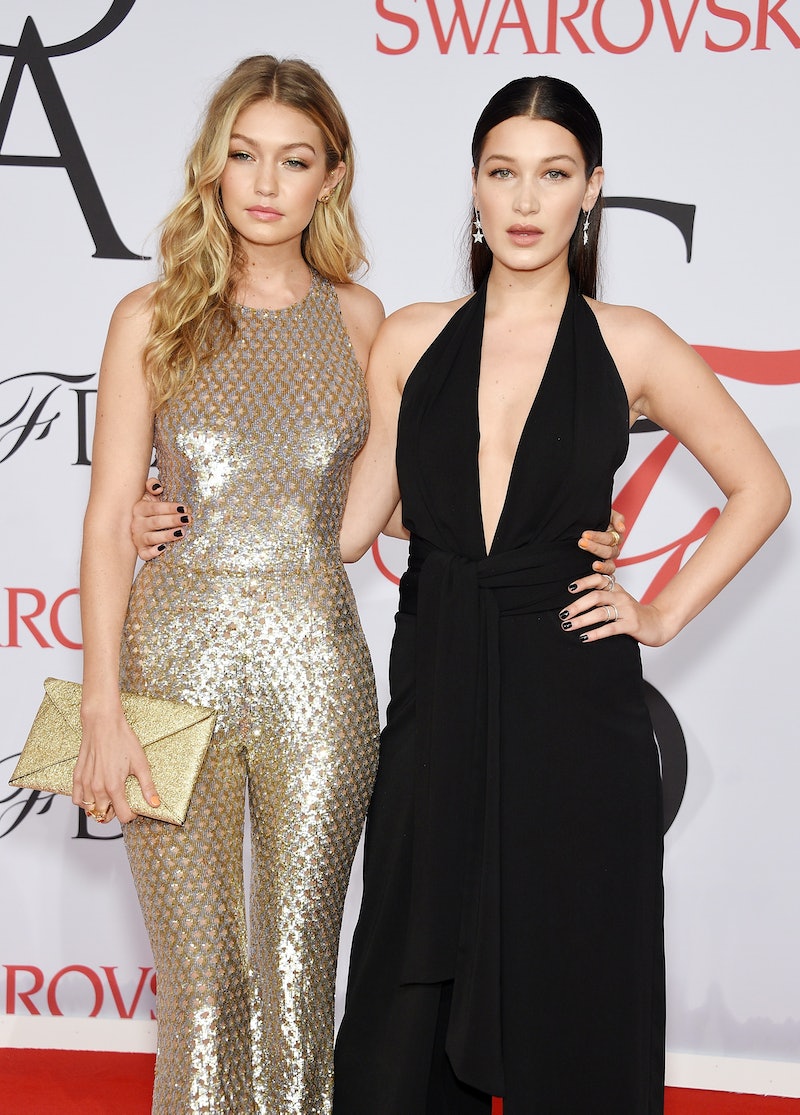 Gigi and Bella Hadid are like those two sisters you always wanted to be — they had the best clothes, took cute photos together, and most of all, are there for each other through everything. Now, even through designing: Bella and Gigi Hadid's "Belgie" Tour shirts are officially a thing now. OK, so they're not on tour for music, but it's a pretty hilarious concept if you ask me.

What exactly is "Belgie?" Reminds me of a cross between a Beluga whale and genie. But actually, it's Bella and Gigi's names smushed together. They're not the first to do this: Kendall Jenner and Gigi make up KenGi, and CaKe (Cara Delevigne and Kendall Jenner's name put together). It's only natural that these two supermodel sisters have a name for their unit.

While they've got tees that read "Belgie," they've also got "tour" merch with a cheeky spin. One particular tee reads "Belgie," with an image of the two sisters, and on the bottom, says "on the runway tour." Get it? Pretty funny, sisters. They've got tees and hoodies with this same design, with a list of designer shows that the two have walked in the past listed on the back of the t-shirt.

So it's pretty genius, right? Why does it have to be just musicians that get to make merch? Technically, these two are on the tour, too, hitting different cities with their own shows. If you're looking to get some merch on your hands, they're being sold online at Urban Sophistication.

In love with this. Also, pretty impressive lineup for these two.

Into the white and red color combination, too.

I've got to say, their merch is giving me some Justin Bieber "Purpose" tour vibes, with the stark colors and graphics. And I'm loving it. Gigi and Bella are just one of the many influencers releasing sweatshirt and t-shirt merch. Others, of course, include Kanye, Drake, and Rihanna. And I want them all.

I can only hope that one day, my sisters and I are cool enough to design merch like this. For now, I'll just have to order a few pieces to lounge in like a supermodel.