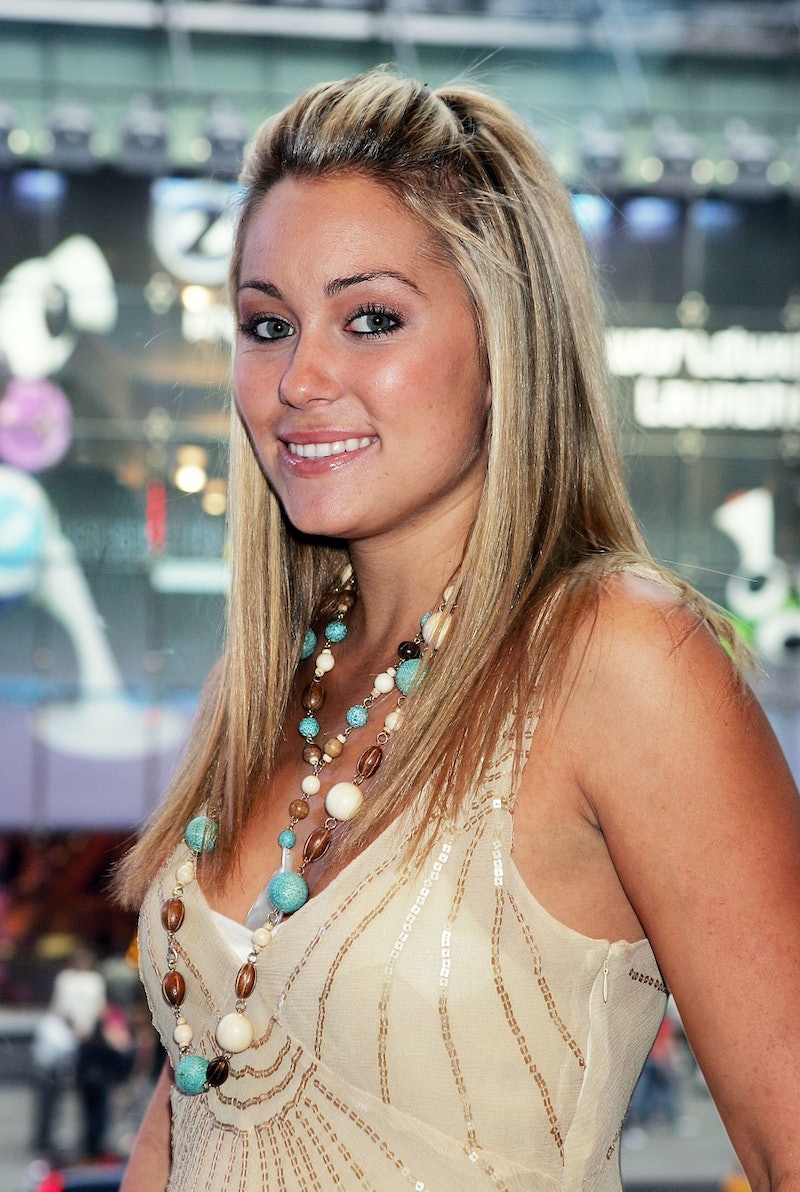 Oh, the early aughts. Even though they were little more than a decade ago, they're already filled with regrets. The fashion, the beauty, the hair — everything was a mess. Heck, you could write a whole book about all the unfortunate things we did to our hair in the early 2000s. I mean, there are 2000s hairstyles that we'll always secretly love, sure — but, let's be real: a lot of the looks are best left behind with all that Y2K fear. The bumpits? The strange obsession with face-framing tendrils? The Victoria Beckham-inspired bobs?

Now, as a disclaimer, many of the trends listed below still exist today — it's just that they've evolved. The chunky highlights of 2002 has become tasteful bayalage; the weirdly angled side-swept bangs have given way to something a little more fetchingly Zooey Deschanel-esque; the rainbow highlights popularized by pop stars like Avril Lavigne and Christina Aguilera are now known as "oil slick hair." Personally, I like to think that everything's just a little better now (though in 10-15 years, we might be looking at things differently).

So, with all that in mind, let's take a look at some of the very, very regrettable things we all chose to do to our hair back in the early 2000s.

Avril Lavigne was a bona fide hair trendsetter back in the day — and, not gonna lie, I still listen to "Complicated" every once in a while.

Remember these? Fun, sure — but not always so chic in retrospect.

There's something romantic and period drama-esque about face-framing tendrils, but the 2000s never quite managed to get the look right.

Basically iconic at this point, right? In fact, I knew one girl in high school who wore the poof so religiously that her bangs got natural highlights from being poofed all the time.

OK, so these were technically more from the later 2000s — but they were so egregious they had to be included, especially as a close cousin of The Clipped-Up Poof.

Remember when everyone wanted the same bob as Posh Spice?

Now, I love side-swept bangs as much as the next person (in fact, I'm rocking them right now), but the kind that were popular in the early 2000s were particularly vile. They tended to be cut at a fairly extreme angle, which wasn't always the most elegant look.

Back in the early aughts, flat irons reigned supreme. (And for Gwyneth, they still do).

Highlights were more like tiger stripes back in the 2000s, and everyone had them.

More like this
The Chicest ’90s Updo Hairstyles To Try
By Paris Giles and Rachel Lapidos
20 Ombré Box Braids To Get You Out Of A Hair Rut
By Natasha Marsh
The 6 Best Bangs For Round Faces, According To Stylists
By Jordan Murray
5 Facts About Tapered Haircuts To Consider Before You Make The Chop
By Audrey Noble
Get Even More From Bustle — Sign Up For The Newsletter