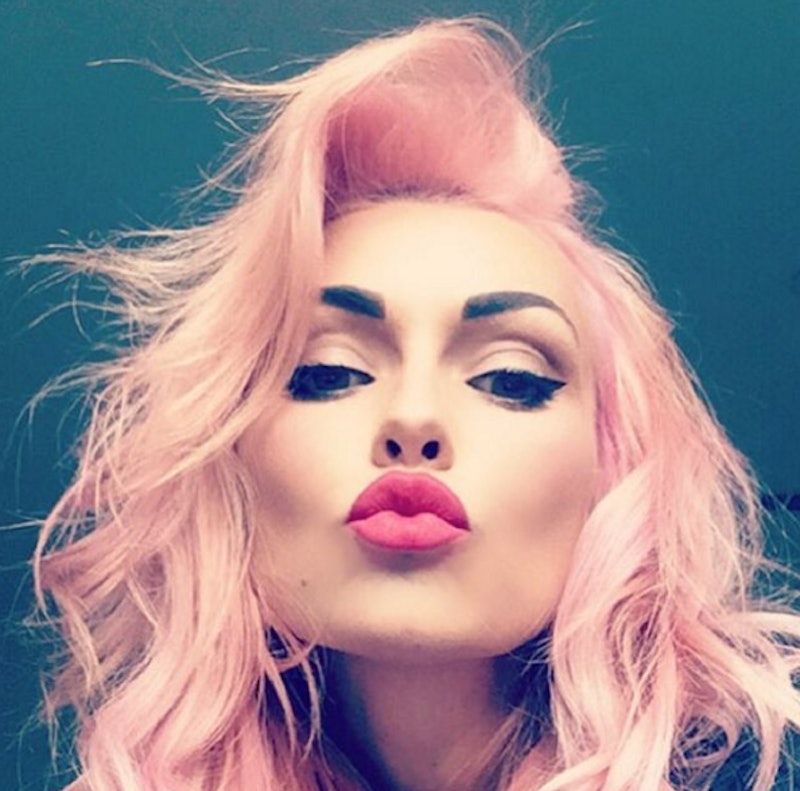 Calling all beauty lovers! The competition of the year is about to go down, and you’re not going to want to miss out on the action. Find out who is hosting the NYX FACE Awards competition as well as just how you can get in on what’s going on before the 2016 Beauty Vlogger Of The Year Award is officially announced. If all of this sounds pretty exciting, I can’t say I blame you!

NYX Professional Makeup has been responsible for putting on the NYX FACE Awards for five years now, and this year YouTube and beauty guru Kandee Johnson will be hosting the live grand finale, according to a press release. Saturday is the night that the top six beauty vloggers are competing for the number one spot. Tune in to the event, which will be live-streamed from the L.A. venue on Aug. 20 at 10 p.m. ET/7 p.m. PT by heading over to the NYX Face Awards website or the NYX YouTube channel.

After competing in a series of beauty-related competitions, the very best vloggers around will compete in one last round. Then, their videos will be judged and the winner will be announced live. These vloggers have been put through the ringer, too. They’ve competed in Fairy Tale-themed competitions, an Anime-themed round, as well as the category that solidified their moving on to the finals, Optical Illusion. So, the fact that they’ve made it this far really does say a lot about just how talented they are.

The day the beauty-obsessed have been waiting for is finally here.

They've really tested the vloggers skills along the way.

It will all be worth it in the end, though. The grand prize winner will walk away with $50,000, a year's supply of NYX goodies and more.

This year's host and panel of judges really know a lot about beauty, and their know-how about the industry will really come in handy when picking a winner.

Because there's six incredibly talented people to choose from!

More like this
12 Nostalgic ’90s Beauty Products That Bring Back All The Feels
By Tyler Atwood and Paris Giles
Does Valentino’s Twin Liner Live Up To The TikTok Hype?
By Olivia Rose Ferreiro
15 Talc-Free Makeup Brands For Safer Eyeshadows, Powders, & More
By Audrey Noble
Glitter Eyebrows Are The Y2K-Style Makeup Trend Going Viral On TikTok
By Paris Giles
Get Even More From Bustle — Sign Up For The Newsletter