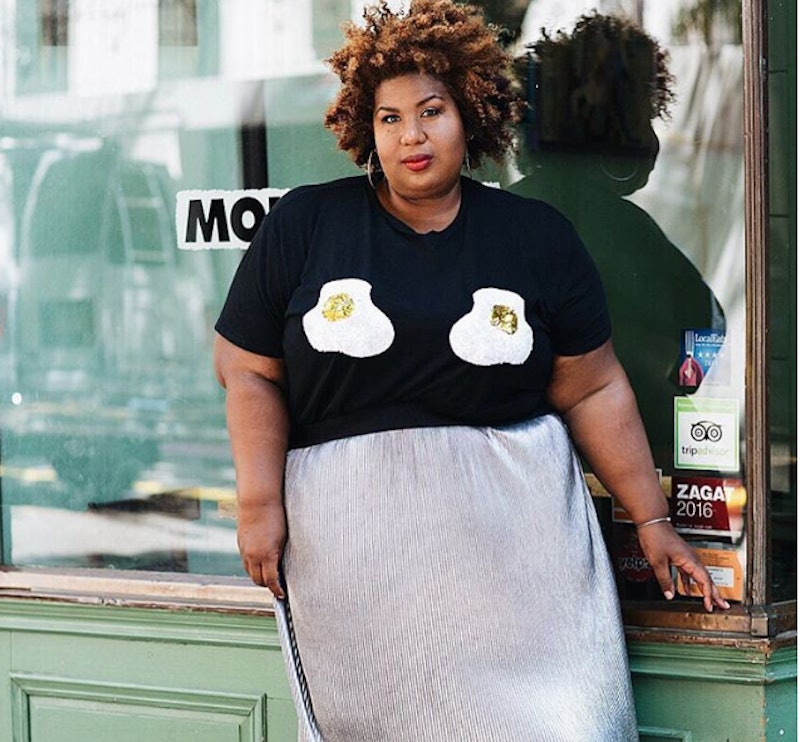 While it can be lovely to get a sincere compliment every now and then, one could argue that a lot of appearance-related things people comment on are often a little bit mean-spirited. They're nobody's business but the person in question's, yet we can hear those snide remarks time and time again. Heck, you might have even been the target of a few yourself.

All these little passing opinions are usually meant to be "helpful." They're not generally tossed out in a bully-like manner or for the sole reason of hurting someone's feelings. Rather, these comments tend to be offered as packaged advice. But the thing is, advice isn't needed when it's not asked for.

While some of these examples might have you nodding and chuckling, you might also find that you've been guilty of vocalizing a few yourself, whether absent-mindedly or because you were projecting your own insecurities. Below are 13 appearance-related things people comment on that are nobody's business but your own. Let's stop dishing them out, shall we?

If you've decided to go to the gym to become stronger and/or more beastly, then all the more power to you. But can we stop making weight the ultimate compliment or insult? If shedding a couple of pounds is the only thing that gets commented on when it comes to a lifestyle change, then it all becomes about the appearance.

Why can't we focus on the fact that someone can plank for a solid two minutes or twist themselves into a yoga pose a pretzel could only dream of? Let's stop assuming the person in question is only taking these strides to shrink in size.

2. "Packed on a couple of pounds last weekend, eh?"

Again, why do so many of us have this need — oftentimes accompanied with a smug kind of glee — to point out that someone else has grown a little softer over the past month? So what if they skipped the gym? So what if they enjoyed some burrito nights in, or their body simply changed because that's what bodies do? Even if the sole reason for someone's weight gain has been "indulgence" — aka "just living life" — it's nobody else's place to give a damn.

Plus, ~extra~ pounds are in no way "unattractive." Just because the person pointing this out to you might be doing it with a rude undertone, you do not have to subscribe to anyone else's idea of "attractive."

Whether it's a significant other complaining about stubbly legs, a random woman telling you your armpit hair is unhygienic, or a friend laughing over your mole hair, forget 'em. If you don't mind the hair, then there's nothing wrong with it. In fact, throw some glitter on it next time to really get their goat.

4. "I think that dress might be too short for you."

One of two things could be happening here: Slut shaming or body policing. Either way, all you have to do is smile wide at the person with that particular opinion and show them that they have no power. All kinds of bodies can wear minis — from those with curvy hips or muscular thighs, to older women and masculine men. Go for it.

Would I, though? Would I really transform from the Ugly Duckling into the Swan Princess with just a lick of mascara and a speck of eyeliner that took me the better part of the morning to draw on?

All this statement does is tear down a person who hopefully already feels beautiful and comfortable in their skin. What is the point?

6. "Why do you keep hiding your body under such baggy clothes?"

Here's a rebuttal question: Why does it have to be earmarked as "hiding?" Can't a person just wear mom jeans or mechanic overalls because they like them, not because they're burying body insecurities or trying to blend into the wallpaper?

Translation: "You're not skinny enough to wear that." To this, you can cock your head at the person and get the details of when they became the new fashion enforcer across all the lands. Trends, fits, and styles are literally for anyone and everyone who might want to make a grab for them. Nothing is ever bookmarked for just one body type.

8. "That skirt makes you look like you're asking for it."

Can we get past this archaic idea that women only dress for the attention and pleasure of an audience? Can we take the sexuality out of the flash of skin and just see it for what it is? A fun skirt someone digs, and one they're probably wearing for themselves.

When you step out with a smoky eye or rocking fake eyelashes on a Tuesday, many people automatically assume you're doing it because you're either insecure or are looking for attention.

Let's take a moment to consider option three: You just like to wear and play with makeup.

I think you should stop sexualizing my body and let me just walk around with my non-suffocated boobs in peace.

11. "I think that was meant for a different gender."

Who are you to say what gender a person affiliates themselves with? I have always felt that it's a little pious and big-headed for anyone to assume that they have the authority to police people's self-expression.

The world might still have gendered clothes, but people are free to move about them as they choose, whether that be a man in a frilly dress, a woman in a tuxedo, or the gender-fluid dabbling in between and on either side of the spectrum.

Talk about generalizing, right? Number one, who says I'm trying to catch a man? And how are you so confident that every man out there likes the specific figure you currently have in mind that I should be? What makes you think that I hold your opinion in such high regard that I would change my whole appearance just so you can feel more comfortable when you look at me every now and then? This is just so odd.

Sure, some do. Others prefer them willowy, while others enjoy thunder thighs and biceps. Others still like a softer physique, and others like their partners natural and hairy. Then there are those who don't give a damn about any of it, because their preferences lie principally in the non-aesthetic.

So the question of the day is: Can we stop commenting on each other's appearances and allow ourselves to be different from one another? After all, there's nothing wrong with that.