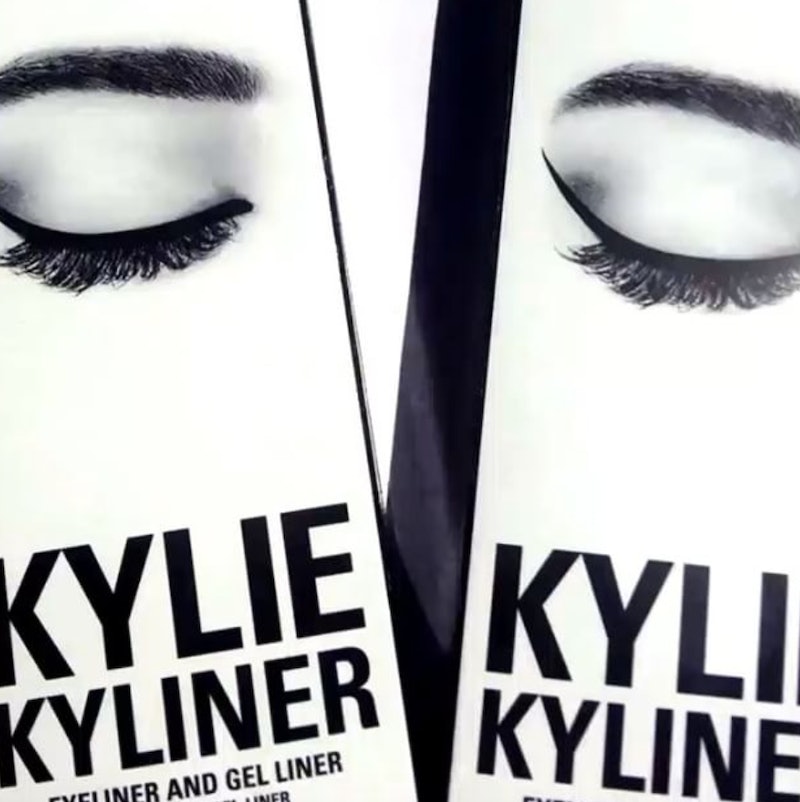 The Kylie Cosmetics "Summer of Surprises" carries on and I am not complaining. I'm rejoicing. Kylie Jenner introduced her first Kyliner with Dark Bronze, which was part of gold-drenched, limited edition Birthday Collection. While the Dark Bronze kit is gone for good, Jenner teased brand new Kyliners or "Kyliner Kits" last week, telling her customers, fans, and followers, via her beloved Snapchat story, that the new eyeliner shades were "coming soon." Well, "soon" has already arrived and the new Kylie Cosmetics Kyliners are cruising onto the brand's site, which is its sales platform, on Tuesday, Aug. 23 at 6 p.m. ET/3 p.m. PT. What Kyliner colors are going on sale next? How many new shades are there?

Get ready for two beautiful and essential basics that belong in any and every makeup bag! The Black and Brown Kyliners are "must get" follow ups to the Dark Bronze Kyliner Kit.

I'd like to take a second to note that the Kyliners are being called "Kyliner Kits," despite not being labeled as such on the packaging and not always being referred to as "kits" previously. But since the Kyliners are comprised of three items, it makes sense to call 'em "kits." The Kyliner package boasts an eyeliner pencil, a gel pot, and a brush.

The Kyliner Kits are all you need for an on fleek flick or cat-eye or wing! Notice the #KylinerKit hashtag in the caption. They are being called "Kyliner" and "Kyliner Kits" interchangeably.

Jenner's BFF Jordyn Woods teased the black Kyliner IRL in this Insta post from last week, as well. She paired it with shades from the sold-out Bronze Kyshadow Palette and the limited edition creme shadow from the Bday collection. That flick, though. The Black Kyliner looks matte and deeply pigmented. I'm in, Kylie. I'm in.

When Jenner first teased the new Black & Brown Kyliners on Snapchat, I suspected they would be landing super soon, since they were already produced in the packaging. They looked ready to sell and ship. #CalledIt.

Hopefully, supply of the Black & Brown Kyliners will be plentiful because this is the new Kylie Cosmetics product I desire most and in the shades I've been impatiently waiting for.

The Dark Bronze Kyliner came with a $38 price tag. I am expecting the Black & Brown Kyliners to cost the same amount, since they include the same pieces. The only difference is that the Black & Brown aren't packaged in the gold cases. But we'll know the price for sure on Aug. 23.