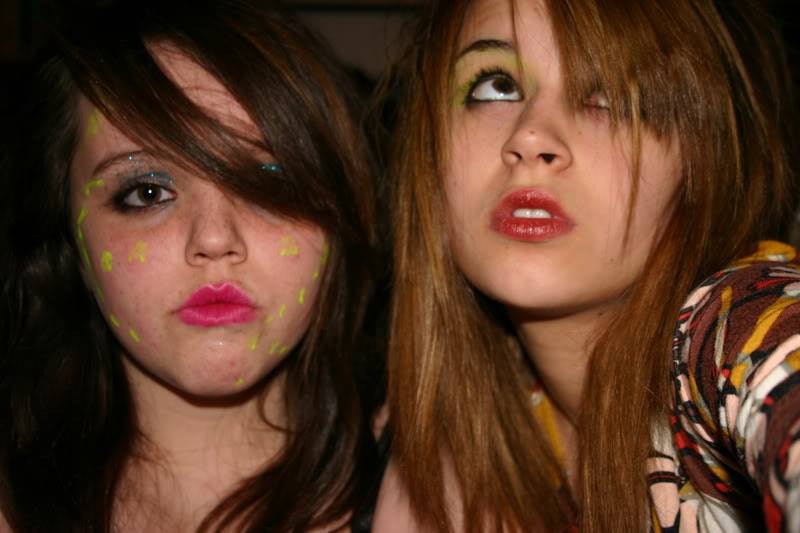 I never experienced the moment of feeling like I "had" to wear makeup for the first time, because I was playing with and obsessed with cosmetics from a very young age. There have definitely been occasions or periods in my life when I felt like not wearing makeup wasn't really an option. But those moments never bothered me much. Personally, I was always going to wear a full face of makeup regardless.

But for some people, wearing makeup feels like a requirement of womanhood or femininity that they never asked for. There is no want and no self-expression to be found in the beauty products they wear, but rather a sense of need arguably established by a patriarchal society.

To find out more about these differing standards of beauty and the many ways people view the makeup they wear, I asked friends, family, and fellow Facebook users to share the first moment they felt they had to wear makeup. For some women, it was before puberty. For others, it was upon entering the professional world. For some like me, the desire to wear makeup preceded the supposed need. But in every case, it was fascinating to hear people's stories regarding their first makeup experiences. These were nine of them.

My internet pal Kitty Hallows got deep about how peer pressure initiated her relationship with makeup, recounting the precise moment she felt she "had" to wear it. "I was like 14 maybe. I had never worn [makeup] before and never been told I needed it," Hallows says.

"In high school, after a swimming lesson, I was drying my hair in front of the mirrors and some girls were doing their makeup and I was like, 'You're 14, why are you putting on foundation?' And then all the popular girls made me feel bad for not wearing makeup. The next day I turned up with thick black pencil eyeliner under my eyes (no other makeup — not a good look) and everyone laughed at me and my parents grounded me and it was just an all-around bad time."

Her memory may seem sad, but it introduced Hallows to a world of eyeliner that she has yet wanted to leave.

Lee Whear — self-proclaimed punk and writer — presented me with an outlook on first-time makeup application that I hadn't thought of previously. The first time Whear felt the need to wear makeup was "when I realized I wasn't a boy and wanted to convey that to strangers."

This is an important moment in the life of many and one that concisely reflects on the powers of beauty besides being a patriarchal tool.

Fellow Bustle writer Hatti Rex tells me that the first time she felt she had to wear makeup was as an act of friendship, and it came with a revolutionary discovery of eyeliner. "When [my friend] put eyeliner on me for the first time in the [school] changing room, I realized what a mistake I had been making [not wearing any]," she says.

For some, beauty can equate to bonding and sartorial exploration.

Wearing makeup because everyone else is doing it differs from peer pressure in that no one is forcing something upon you, per se. Instead, you are just following the trends and actions of your peers — which, in and of itself, doesn't have to be a negative.

My friend Caoili Crothers shared a witty anecdote. The first time she felt she had to wear makeup was "in [sixth grade] in school because all the girls did. I wore green eyeshadow and got told off by my French teacher because I didn't do my homework. She said, 'Oh, so you had time to put your eyeshadow on but not your homework?'"

Personally, I find this dismissive nature from adults unfair when applied to children and teenagers. This is a time of self-discovery, after all, and whether that means reading new literature or putting on eyeliner, such discovery should be encouraged.

Keeping queer experiences in mind when thinking about these concepts is crucial. The first time a person feels they "have" to wear makeup is going to be markedly different based on the gender they were assigned at birth. To establish their femme identity, performer Marilyn Misandry turned to makeup.

They tell me that their first interaction with makeup came "when I got with my first boyfriend and wanted to mark myself as visibly femme in the relationship." This was a moment infinitely more empowering than many people's first experiences with beauty.

Much like myself, my friend Robyn Alice discovered makeup and felt they needed to wear it after becoming a part of the emo scene. In particular, her adoration of My Chemical Romance brought on her first encounter with beauty. She tells me that her moment came "when I discovered MCR and realized [that] looking like a corpse was the aesthetic I didn't know I needed."

A friend, Charlie Zia Jones, tells me that they only felt they had to wear makeup after the "popular girls" told them that they must do so for the last day of school. Clearly, it's pretty typical for a person to not realize they "should" be doing something until somebody else tells them as much. This one is yet another case of high school peer pressure.

London-based writer Olivia Wedderburn's first encounter with feeling that she "had" to wear makeup is all sorts of heartwarming, childish fun: A nice respite from the tales of peer pressure, although that does come later on in her life.

Wedderburn first felt she had to wear makeup "when I'd finally convinced my teacher to let me do 'Look At Me I'm Sandra Dee' for the school talent competition when I was in second grade [...] and realized I looked nothing like Rizzo," she tells me. "Me and my other two friends pooled together all the makeup we got free with preteen magazines and spent ages in the bathroom slapping it on with no clue what we were doing [...] and then we almost missed our slot. I understood that if I wanted to be portrayed as an older girl I HAD TO WEAR MAKEUP because that's what I was told girls did, but at the same time I remember it being really fun rather than peer pressure-y."

"That [peer pressure] came when I was 13 and I was forced to shoplift a tub of dream matte mousse for my mate on the premise [that] I had to wear some as well if we were going to meet the boys from the local school," she adds.

Although I definitely see makeup as an art form, it would be foolish to ignore the use of it to cover up perceived "flaws," such as rosacea or acne. One friend, Laura Tidd, didn't feel she "had" to wear makeup until she was 18, but this difference in age didn't lead to an easier realization or story.

"When I got acne at the age of 18," Tidd tells me, "People started saying things like, 'Wow, your spotty teenage skin should have cleared by now,' 'Do you ever wash your face?' and 'What are all those spots on your face?'"

Because of this — another classic case of peer pressure — she started wearing makeup to hide her acne and feel more comfortable in her own skin.

The idea of having to wear makeup when you reach a certain age or want to look a certain way was definitely a recurring one in most of these people's young lives. Whether or not that's a negative seems to be entirely dependent on whether their first time came naturally to them or was forced upon them by their peers.

What I found most interesting when discussing this with people, however, was remembering that it's all too easy to forget queer experiences and how they will differ from straight and/or cis experiences. Both Whear and Marilyn's first moments with makeup came in regards to wanting to present more femininely — something undeniably linked to makeup. For cis women, on the other hand, many of our experiences resulted from wanting or feeling like we "had" to be more feminine.

All in all, these experiences differ, and those differences matter. What is notable is that all of the people interviewed continue to wear makeup to this day, regardless of whether they "have" to or not.