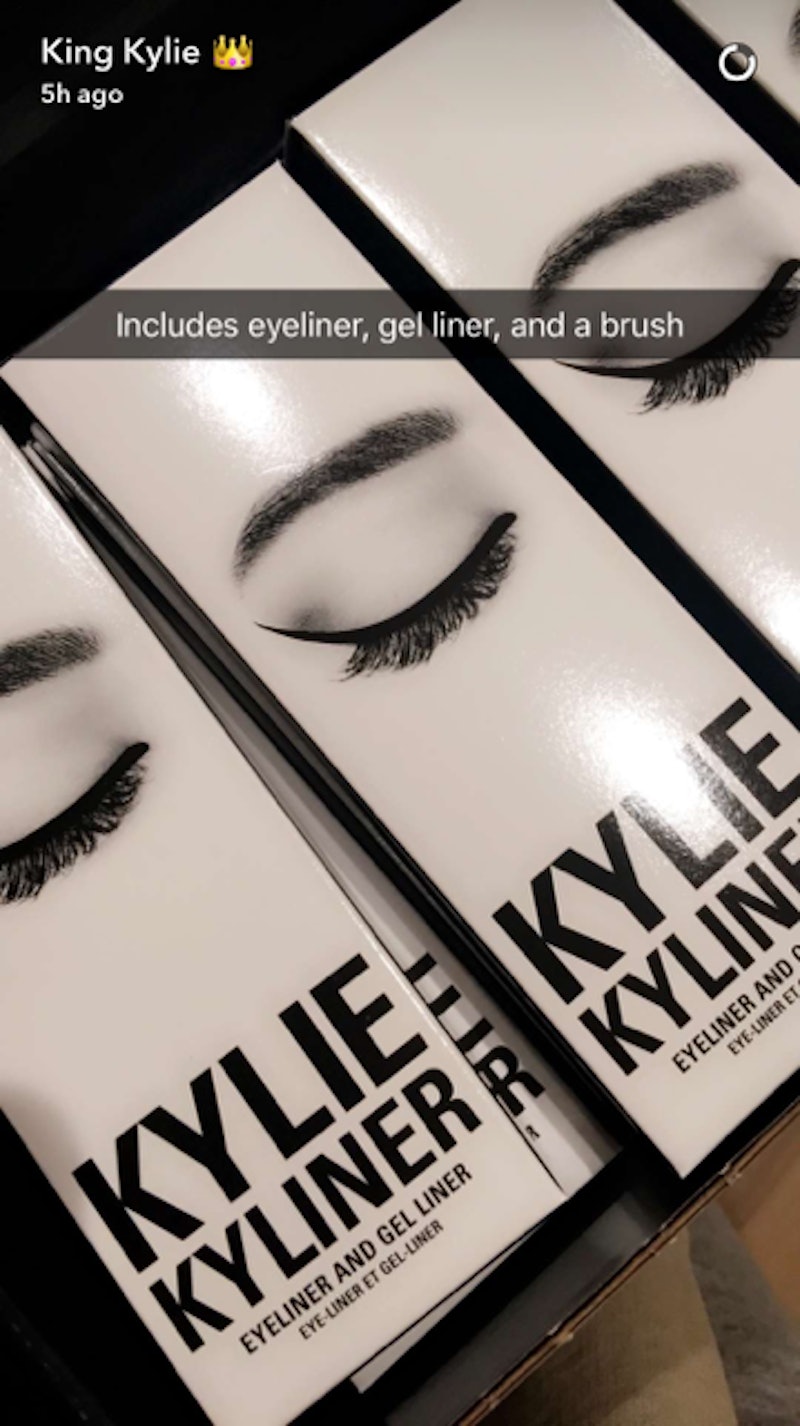 Kylie Cosmetics officially had another restock on Tuesday, and as a part of the restock of her summer lip kits, Jenner also debuted her brown and black Kylie Cosmetics Kyliners. The basic shades are just that: basic. They're staples in the beauty world, and clearly, Kylie Cosmetics fans need to get their hands on them. For beauty lovers wanting to get that killer, sharp wing, you may just be able to snag them since they're definitely still in stock over at the Kylie Cosmetics website.

This isn't Jenner's first Kyliner launch, though. The first iteration of Kyliner came in Jenner's insanely successful and popular Kylie Cosmetics birthday collection. The bronze version of the gel and pencil liner was one of the most popular products in the collection. Even before the second restock of the birthday collection, Jenner was already teasing black and brown Kyliners. The kits of Kyliner come with a gel, a pencil, and an angled liner brush is a pretty good value for its $36 price tag, and right now, you can still get those coveted and classic black and brown hues.

As of press time, there's been no update on when or if the Kyliners will be restocked which means you definitely need to head to the Kylie Cosmetics website to snag them.

Alongside the Kyliners, Jenner's Ginger, Mary Jo, and Maliboo matte lip kits were restocked, and those gorgeous hues are also still up for grabs with the exception of Ginger which has already hit the road.

So if you were wanting to get your hands on the black and brown Kyliners or even the restocked lip kits, you've still got a chance. Head over to Kylie Cosmetics because there's no telling when they'll be back.