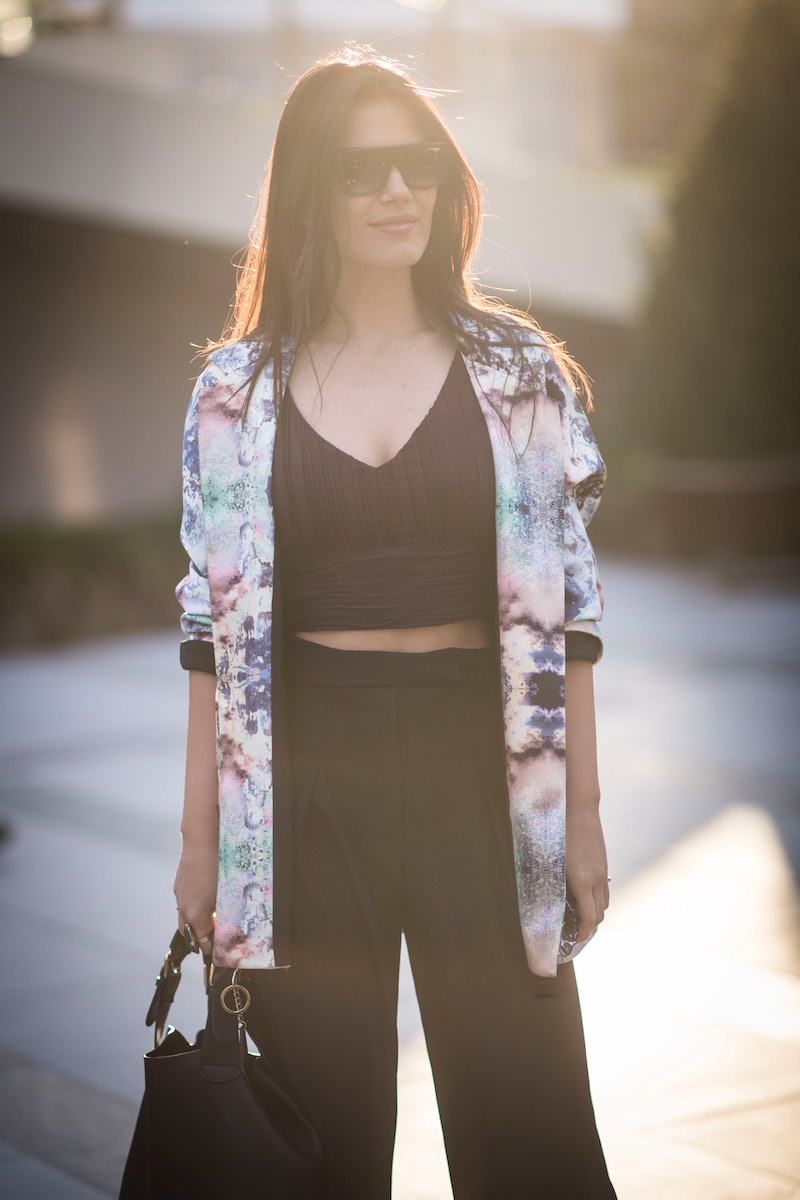 Fashion trends come and go, and it can be hard to judge which trends will stick around for another season (or even longer) and which fads will fade away — unless of course you're Google and can track these kinds of things. After analyzing search data, Google was able to determine the top trends of Fall 2016.

Every time you type "bodysuits" into your search bar (which I do more than I would like to admit), Google takes notice. Google can then track the volume of these searches and compare them year-over-year, which led them to a discovery that they can predict which fashion trends are growing in popularity and which are dropping in popularity.

Google looked at data from May 2014 to May 2016 in the United States and the UK to determine which trends you'll be seeing around this fall and which you might want to avoid investing in. Some trends that are slowly decreasing in popularity are drop crotch pants, see-through clothes (but perhaps "sheer" clothes will be sticking around?), acid wash jeans, and babydoll dresses. Google has also declared that the "falling star" of this season, aka the "fads that have reached their peak and have already started to decline rapidly," is suede skirts. How sad.

But onto the positive. Here are the nine top Fall 2016 trends, according to Google.

Out From Under Plunging Turtleneck Bodysuit, $39, urbanoutfitters.com

Bodysuits became my lifeblood this summer and I can't stand the idea of giving them up for fall. Luckily I don't have to. This turtleneck one won't necessarily keep you warm, but boy is it cute.

Get Down Halter Bra, $38, freepeople.com

I'm going to go out on a limb here and say that bralettes will never go out of fashion again. Who doesn't love being comfortable?

Dashiki dresses are growing in popularity in both the UK and the United States, making them a popular go-to as fall approaches.

Searches for bomber jackets went up 612% in the United States in 2016, and were frequently associated with none other than GigI Hadid. Of the top colors, black was number one, followed closely by pink!

While there are no specific parameters as to what defines a "boho dress" exactly, you know it when you see it, even if Google only knows it because the brand has labeled it as such.

Ripped jeans are in it for the long haul, according to Google. Searches for ripped jeans have been increasing at a stable rate over the past couple years, making them a safe bet for your fall wardrobe. Which is good because I'm not sure I own a pair of jeans that aren't ripped.

Biker pants, like ripped jeans, have slowly been growing in popularity over the years, making them a very solid purchase (sounds like something a financial advisor would say). These pink ones are cute and comfy.