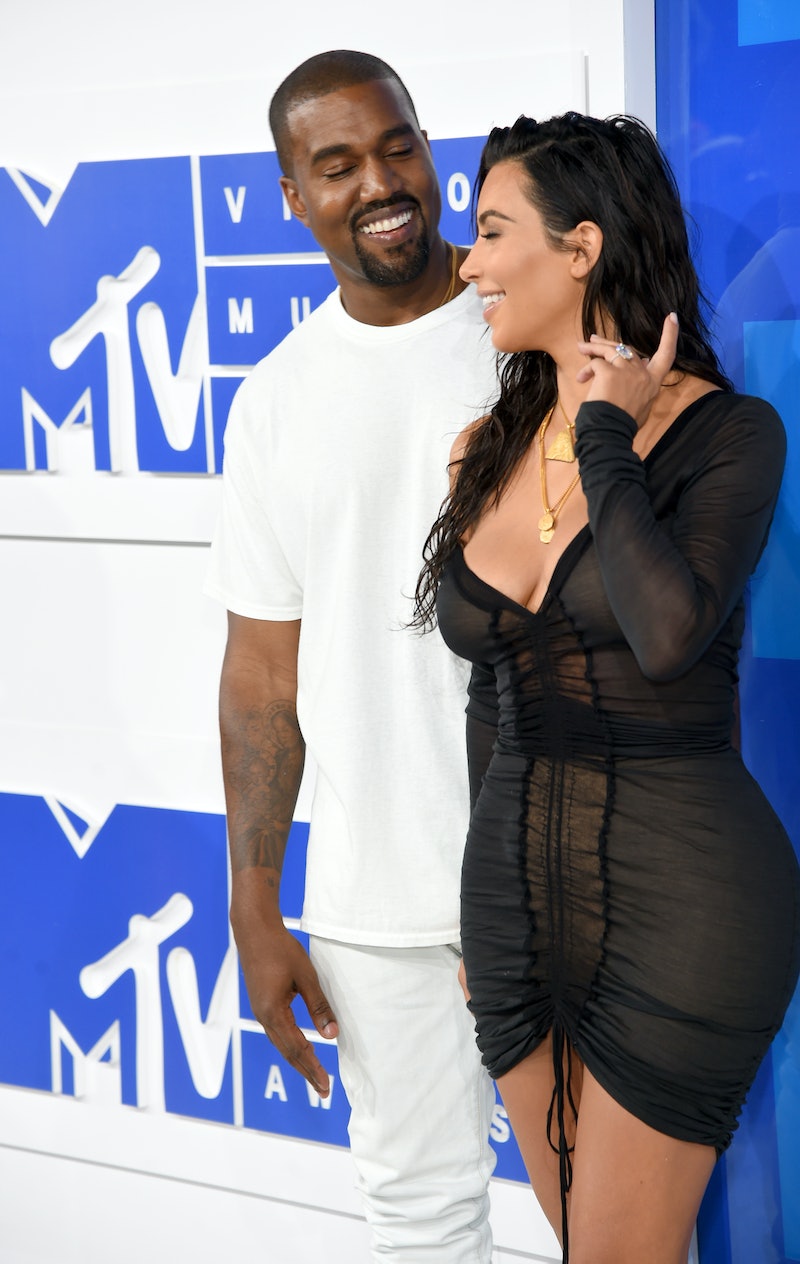 Kim Kardashian West and Kanye West are no strangers to fashion: West is a designer himself, and the two have graced the covers of fashion magazines like Vogue and Harper's Bazaar. Kim Kardashian and Kanye West's 2016 VMA red carpet outfits prove just how into fashion these two are. Kim and Kanye graced the VMA red carpet wearing a very casual look for them, but they both still looked super stylish, proving once again that they're truly a fashion powerhouse couple.

When these two are together, you know some serious style is about to go down. I mean, Kanye West shut down the entirety of Madison Square Garden for his fashion show! Follow Kim on any social media channel and you'll see hundreds of drool-worthy looks, whether she's at the beach or on the red carpet. These two will never miss an opportunity to absolutely slay. Kanye's colored contacts and Kim's Balmain dress at the Met Gala earned them the best dressed credit.

While they didn't go all out on Sunday, they still totally nailed their casual, laid back looks. Kim went with a short black dress with a low cut top and black strappy heels, and Yeezy went with a white tee. Kim's dress was anything but basic, though—it had one off-shoulder and a see-through panel running down the middle. Kim paired this sexy dress with gold necklaces and slicked hair.

And Ye's tee is actually from his collection, reading "FAMOUS" on the top left corner. He paired it with white jeans and boots from his collection, as well. It's super casual for the couple, but it was appropriate, since the VMAs are much more relaxed than any other award event.

Though Kim had blonde hair just yesterday, she went back to her roots this evening.

Last year, Kanye received the VMA Vanguard award. This year, he's got several nominations under his belt, including MTV Video Music Award for Video of the Year for "Famous." Good luck, Yeezy. At least we know you and Kimmy killed your looks.