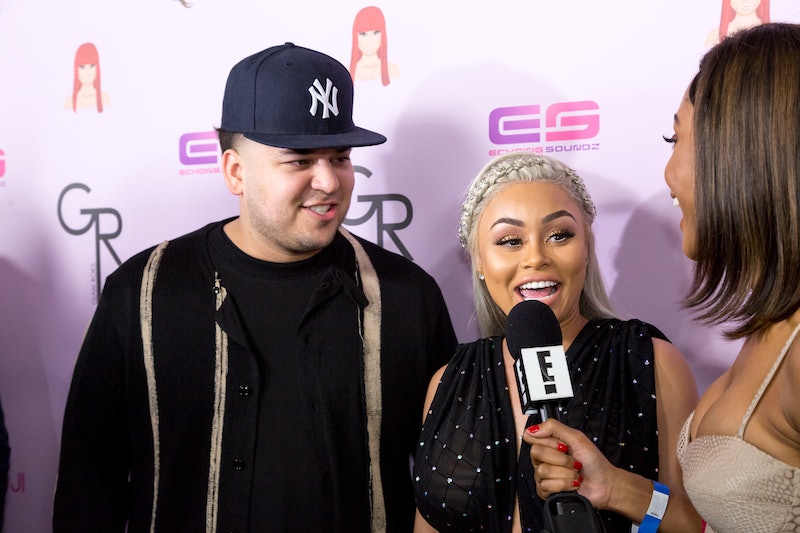 She is getting ready for the debut of a much-anticipated reality show and carrying precious "kargo." Yep, Blac Chyna is karrying a Kardashian, as she is pregnant with Rob Kardashian's firstborn. Blac Chyna was a 2016 VMAs red carpet no-show, even though her extended family members Kim Kardashian and Kanye West were there. Neither the model nor her fiancé turned up. While the duo could have used the VMAs a prime opportunity to promote their upcoming reality show and for the expectant mother to show off her baby bump in a fun ensemble, it didn't happen. That makes sense, though, given her busy schedule.

While Blac Chyna and Kardashian deal with the fact that their relationship is the subject of much discussion, scrutiny, and gossip in the media, as well as seeming disapproval from his family, she remains strong, confident, and undeterred by drama. It would have been inspiring to see her sashay around the 2016 VMAs, with a stylishly cloaked baby bump and while dealing with the increased media attention on her fiancé and their future child!

Blac Chyna can usually be counted on to rock intense and sexy makeup looks, as well. But it was not meant to be this year.

Perhaps they were tied up with filming or the fact that she is pregnant and due in the fall made it difficult for her to travel from L.A. to NYC for the ceremony.

There is always next year!