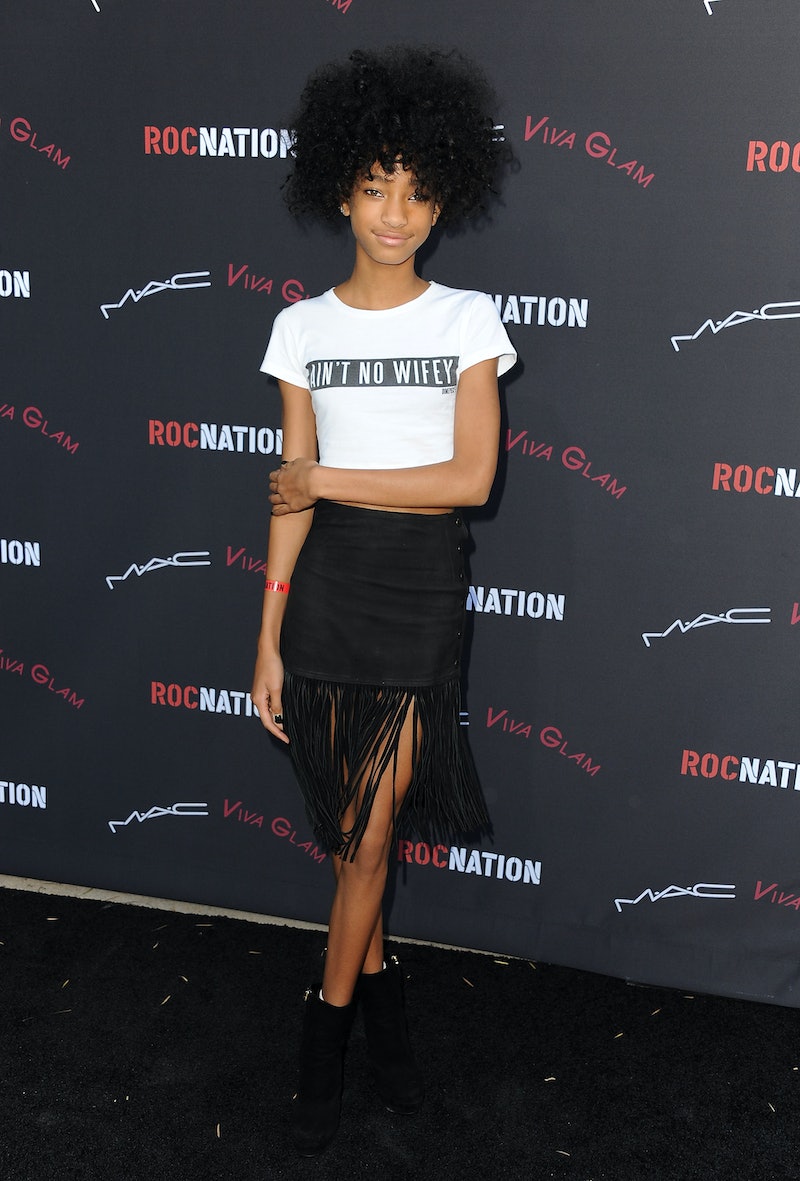 Willow Smith is a force to be reckoned with. The 15 year old is a singer, dancer, actress, and model, too. Now, Willow Smith is Chanel's new campaign face and holds the title of "ambassadress" all thanks to the legendary Karl Lagerfeld. It's no surprise, really, since Willow was signed by Kendall Jenner's modeling agency back in 2015.

This isn't Willow's first time in the high fashion world, though. In 2015, she was Marc Jacobs' fall/winter 2015 collection face (along with Cher). That's no small feat to be grouped with the iconic singer! While she was named as a brand ambassador for Chanel in 2015, this is the first time she'll be the face of a campaign for Chanel. She posted an Instagram thanking Lagerfeld back in 2015 with the caption "Thank you Karl Lagerfeld and the entire team at Chanel for expanding the perceptions of 'beauty' by picking me to be the new Chanel ambassador. I am honored." She also wrote "#blackgirlmagic."

Magic, indeed! Willow has also starred in a Chanel fashion show before, strutting her stuff in a metallic jumpsuit. And, we've seen her in the pages of i-D, W Magazine, and V Magazine. And each time, she is giving it to us. It's her attitude and undeniable confidence that totally make her a star on the runway and in the glossy pages.

I mean, could that combination get any more perfect? I don't think there's been a better match with Karl Lagerfeld than Willow herself. The new campaign is for Chanel's eyewear, and the brand posted several Instagrams of Willow's campaign on Thursday.

Could this photo booth scene be any cuter?

The campaign was shot by Lagerfeld himself.

I'm actually in love with this whole look.

These short clips are like mini music videos, and I'm all about it.

When I was 15, I was probably sneaking out of my house, chatting on AIM all day, and flirting with boys on my flip phone. I certainly wasn't landing major fashion campaigns! But hey....we all have our own path. Major props to Willow, this was so well deserved, and she honestly couldn't be more perfect for the campaign. Karl, if you're listening, I'm available, too.