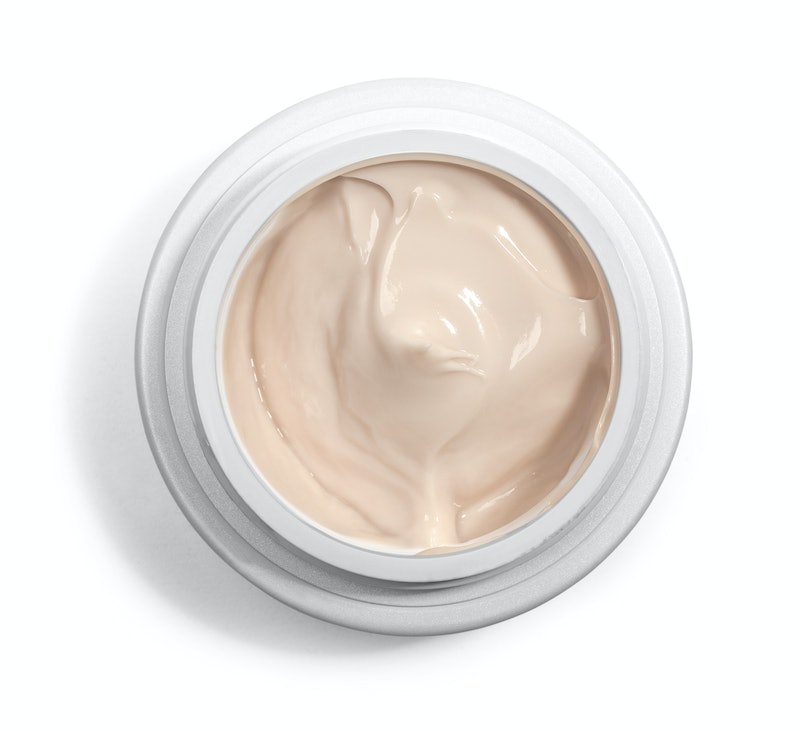 If there were specific skin care made for black humans back when I was growing up, I doubt many of my skin issues wouldn't have existed during my teens and they certainly wouldn't have carried on into adulthood. I'm not alone in feeling like the skin care industry isn't particularly focused on my skin tone: Swiss brand Sikasso De Suisse has launched a kickstarter to further develop a line of skin care products for pigmented skin. Unlike growing the hair industry, there is still significantly less product availability for our skin tones than lighter ones. Growing up, I would choose hair products with a person on the box that looked like me with better hair; if the girl on the box had hair pretty close to mine, chances are the stuff inside would work for me too. It never occurred to me that the same decision-making process of buying OTC beauty products should apply to skin care.

Skin care specific to brown skin isn't a new concept, it's just a rare one. Brands like Ambi and Milani have sold beauty products for POC for years, but the difference between those companies and Sikasso De Suisse can be found on the ingredient's list: Sikasso Du Suisse is an 8-free brand that formulates with natural ingredients. It was that lovely tidbit that put this brand on my radar — and I had to know more.

I spoke with Rama Musa, the creative mind and businesswoman behind the concept of Sikasso De Suisse, to learn more about pigmented skin care and what products we can expect from the launch of this start-up to give its brown-skinned fans a healthy, natural glow.

1. This Is A Small Business

I know I'm not alone when I say I highly prefer to purchase my hair products for afro-textured hair from a black-owned business. It doesn't matter if their focus group was comprised entirely of people from African descent, I want to put my afro in the trust of someone with an afro. Musa's pigmented skin and African heritage gives her a personal connection to the products. When she was living and traveling around the globe, she became disenchanted by and disappointed at the lack of skin care products available to her skin type. Instead of allowing skin care to be another area where blacks were left out of, she teamed up with a team of experts at the Swiss Tropical and Public Health Institute to spearhead a line of products for her and literally billions of people having the same issue.

2. There Can Be A Natural Approach to Pigmented Skin Issues

Perhaps one of the best things about this company is that Sikasso is an 8-free beauty brand. That means it's free of mineral oil, parabens, hydroquinone, formaldehyde releasers, silicones, sulphates, phthalates, and synthetic dyes. If you aren't fully educated on the new information about these ingredients that have been historically hidden in our beauty products, I advise taking a trip to my friend Alexis Krauss's article on Beauty Lies Truth to learn more. Much like my experience with OTC brands for black people, Musa found that what was being offered to people of color was often loaded with chemicals — something she (and I) just couldn't get behind. .

3. The Brand Has Found A New Ingredient Specifically For People Of Color

As I mentioned previously, this isn't the first company to make skin products specifically for people like moi, but it is one of the first natural-based companies to develop a new ingredient just for us. The NOVADA™ complex is a combination of natural oils, vitamins, antioxidants, and dermatological actives that Sikasso De Suisse developed to specifically give pigmented skin an even and hydrated skin tone.

4. It's A Heavily Researched Formula

According to Musa, black-owned labs are scarce in Europe, so she teamed up with PhytoArk, a Switzerland-based lab known for its innovative, natural approach to cosmetics with plant-based ingredients from the Alpines. It was at PhytoArk that NOVADA™ became a major component in Sikasso De Suisse's products. Through research, they found that there was one synthetic ingredient that couldn't be substituted with a natural based product and to not include it would decrease the effectiveness of the carefully crafted formula.

Ceramides occur naturally in the epidermis; they're responsible for holding skin cells together and forming the protective layer of skin that retains moisture. The Sikasso De Suisse team found that there are 50 percent fewer ceramides in pigmented skin than those of other skin tones. This is the one synthetic ingredient that could not be substituted with a natural product — according to Musa, there still isn't a proven natural alternative to ceramides that are as effective as this synthetic ingredient. According to StyleCaster, ceramides are used in cosmetics to reload the skin's natural lipids that have been lost over time from free radicals, drying topical products, and the natural aging process.

Sikasso De Suisse was able to develop a product line unique to pigmented skin by a skin color scale used by dermatologists around the world. The Fitzpatrick skin typing test was developed in the '70s to determine the different responses to UV light for each skin color. So, why is this important other than to dispute the argument that we are all the same? Knowing your genetic makeup and how easily you burn in the sun can not only help prevent habits that can promote skin cancer, but also identify and treat skin conditions that are more prominent in each skin tone.

7. The Products Are Loaded With Familiar Ingredients

Sikasso De Suisse is launching two products in the fall of 2017: The first is her Shea Butter & Swiss Apple Body Moisture Milk to bring moisture, hydration, and even skin tone and dark spots without creating that greasy build-up. Often the products needed to lift dark spots and moisture dark skin can be heavy and leave the product merely sitting on the skin instead of soaking into the multiple layers. The second product is a Cream of Citrus Beauty Glow Masque to soothe inflammation, sloth of dead skin cells, and revitalize the skin. September 2017 is already looking like a good month.

You can reserve one of Sikasso De Suisse's products by heading to the kickstarter page and donating $20 to receive a sample of the product in time for the September launch. Personally, knowing that pigmented skin has been heavily ignored not just in the United States, but globally, makes this a project worth backing.