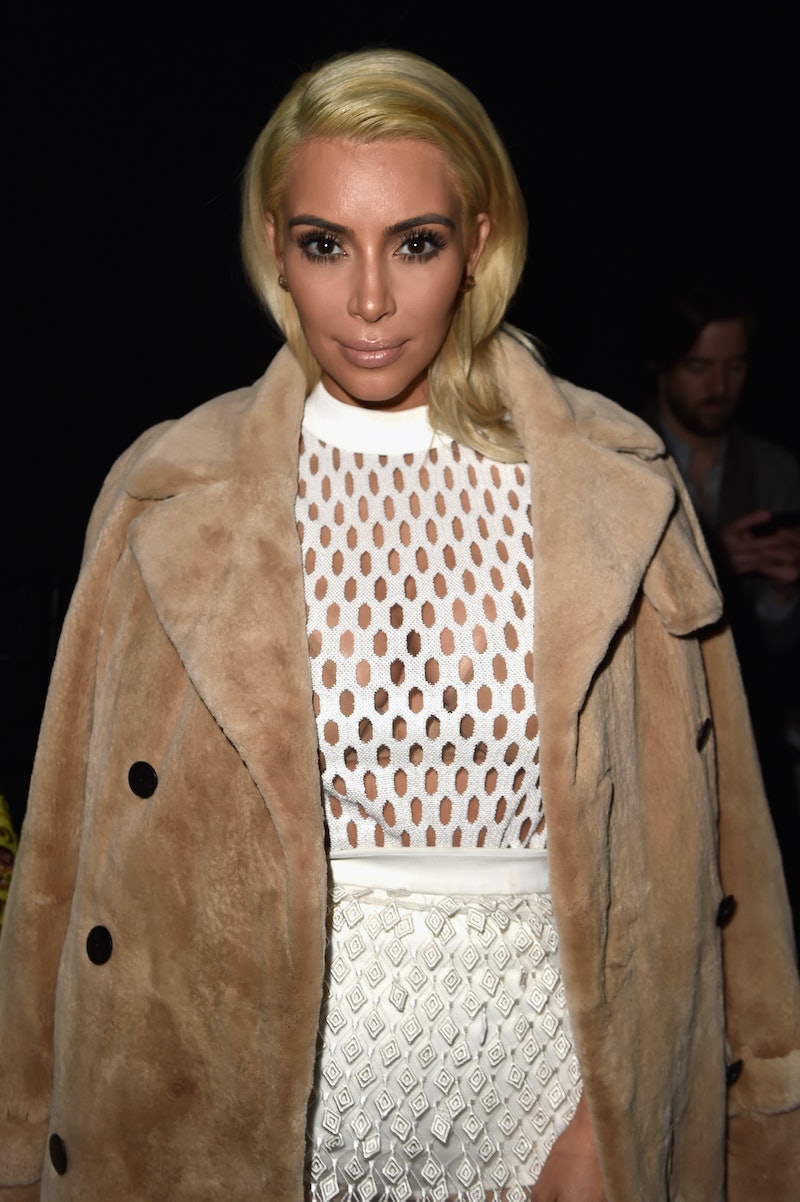 It's no secret that the Kardashian-Jenners love changing up their looks. Kim Kardashian has blonde hair again, and this time she looks much different from before. Is the new hair transformation real? Probably not, but it is giving off some major hair inspiration for those of you looking to lighten your locks.

Every time you click on Kardashian's Snapchat, the social media star is switching up her style in a new way. Although she was asking about her lip color in her videos, it was clear that her new hair was the star of the show. Instead of going short and bleach blonde like she has before, she added some length with her new color. You could see her dark roots too, which pretty much was a dead giveaway that this was a wig (aside from the fact that she was fully brunette just days ago).

Either way, she looked pretty darn good, in my opinion. The wavy locks gave off some serious mermaid vibes that were perfect for the end of summer. There's no telling how long that Kardashian will have the hairstyle. If it's anything like her other blonde trends, this look won't be around for too much longer. The hair hue might be bright, but this could definitely be a new trend for fall.

See what I mean? Just add a vampy lip and this could totally work for fall. The style looks equally as gorgeous with a nude lip too.

In my opinion, this is the most natural that blonde hair is ever looked on her. That's ironic considering that the other two times she sported the color, she had actually dyed her hair. Here's a look at her previous blonde locks for a comparison.

This was the first time she stepped out with the daring hair change, and it took the world by surprise.

She's played around with other shades of blonde as well. This one was much more golden than her platinum phase.

These waves look much different than her current mermaid-esque hairstyle.

It's amazing that she can try out so many hair colors and styles all at the same time.

This one might not be as shocking as the others, but it's definitely different than her natural color.

It's very possible that her new hair could have been inspired by this Halloween costume.

Just the switching of a part can do so much to a style.

Bottom line: there is no hair hue that Kardashian won't try.