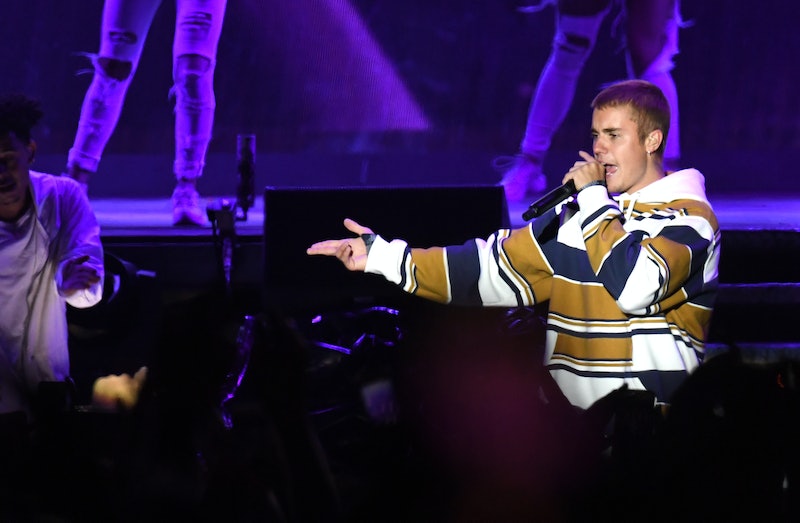 Is it too late now to say sorry... but Justin Bieber skipped the 2016 VMAs? Terrible puns aside, the Biebs was spotted in Mexico with Sophia Richie, according to Elle, which might explain why he wasn't in NYC at the ceremony Sunday night. I'm sure he would have pulled out all the stops style-wise, and it would have been interesting no matter what. It's not that his style is bad, per se, but The Biebs can be as inconsistent with his fashion choices as he is with his behavior. He has long ditched the old school early '00s boy band look that he sported at his first ever VMAs in 2009, but who knows what he would have rocked this year.

Despite the fact that he was nominated for several awards, Elle reported that a fan snapped photos of Bieber on vacation Sunday. I'm sure his fans would have preferred that he miss out on his (probably much-needed) R&R in favor of walking the red carpet alongside other famous faces like Halsey and Britney Spears, but I guess we can't always get what we want.

To ease your aching heart and fill the Bieber-sized void in your life, here's a photo of Bieber performing in a striped Champion hoodie.

There's no way he would have disappointed us with whatever outfit he chose for the 2016 VMAs.