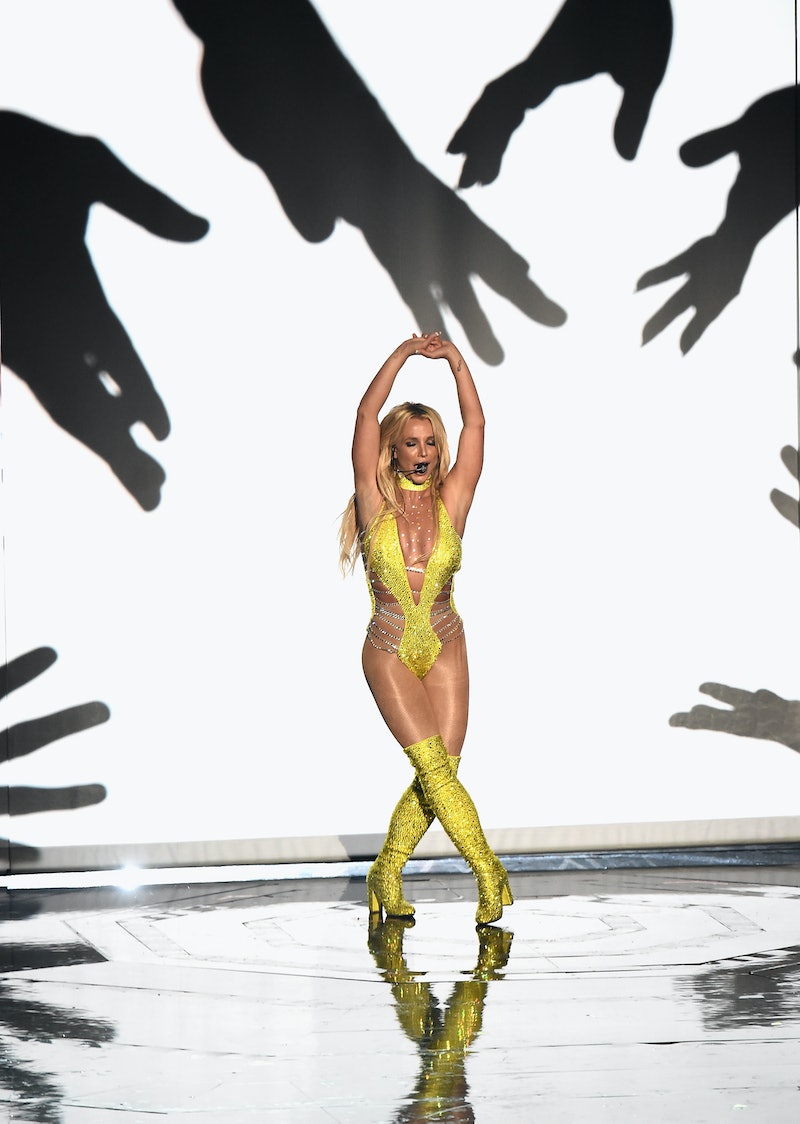 Britney is back! Regardless of your feelings about her music, it's hard not to root for the queen of pop, especially if you grew up in the '90s and early '00s. Britney Spears performed at the 2016 VMAs ceremony on Sunday night on the heels of her Glory album release. She's back in action, and her star turn during one of the music industry's biggest nights of the year is proof of that.

Spears' singing and dancing skills haven't diminished at all, but I'm more interested in talking about her outfit. Earlier in the evening she walked the red carpet wearing a black dress with cutouts, but she pulled off a brilliant costume change and hit the stage in a glittery yellow cutout bodysuit and matching thigh high boots that was very reminiscent of something she may have worn in the early '00s. Despite that, her performance itself was less a blast from the past and more indicative of how much she's grown in the past few years.

To be honest, Spears' ensemble kind of reminded me of a flashy ice skating costume, but that's hardly a bad thing. Nothing is better than serious bling on an awards show stage, if you ask me.

The boots are by far my favorite part of this look.

She is on fire in this outfit.