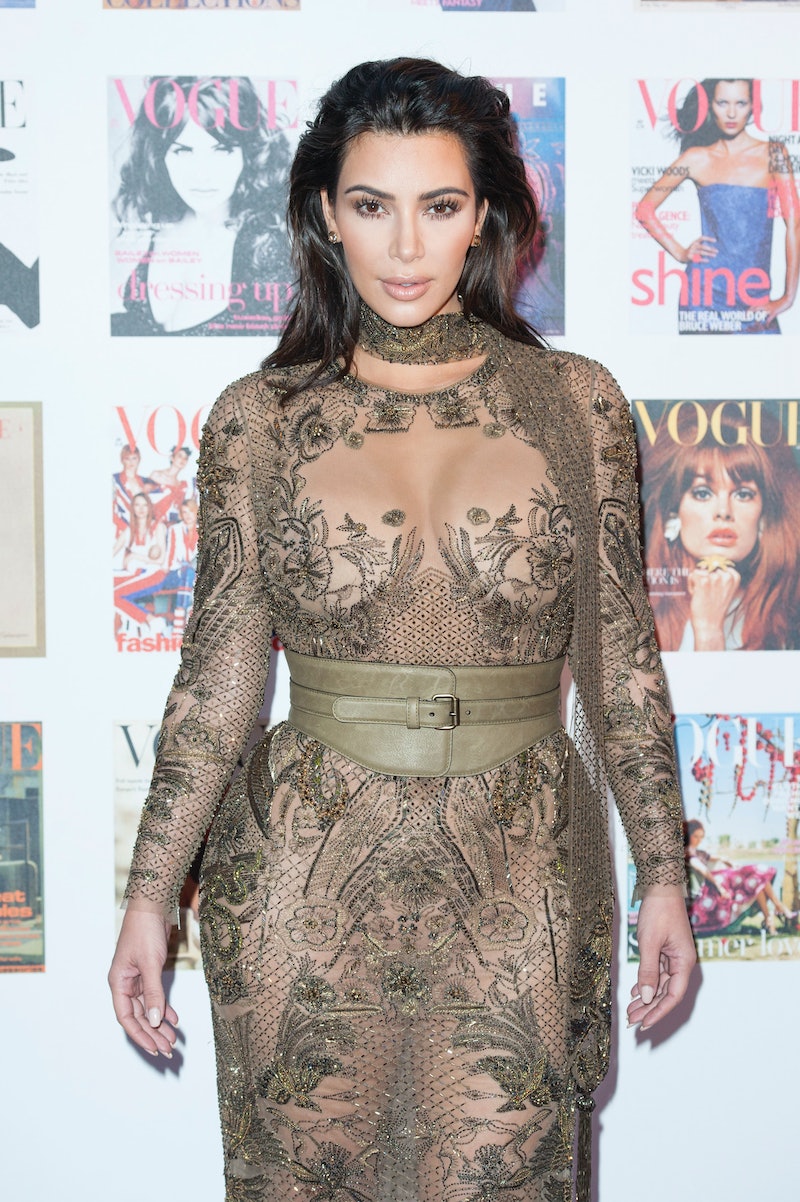 When it comes to style, Kim K is the usually master of her own fashion destiny. Then again, Kardashian's latest Twitter post proves that she's not averse to soliciting the opinions of some of the people she cares about most: her fans. Kim Kardashian polled her 2016 VMA look on Twitter, asking her followers how she should do up her hair, and what kind of clothes she should stun with on the red carpet. While some might think this could be a bold move (or maybe even be asking for trouble in the form of trolling), she's using a vote widget to keep things productive.

Here's how it went down: On Sunday, Aug. 28 at 12 p.m. ET, Kardashian tweeted that she was at a loss over what to wear for tonight's VMAs. "I can't decide on my VMA look!" she wrote. "Casual chill vibes or dressy sexy? And blonde hair or dark?"

Fair enough: Sometimes a gal throws open her closet doors, can't decide on what's grabbing her attention, and needs some help narrowing it down.

Next came the actual Twitter poll, giving her fans approximately four hours to weigh in. The first voting opportunity is on Kardashian's VMA outfit, where you can choose between a "casual chill look" that has minimal Yeezy-steez written all over it, or a "dressy sexy look" that could be more in line with her signature Balmain-heavy style.

The next poll question focuses on Kardashian's VMA hairstyle: Followers can choose between dark or blonde. It'll be interesting to see if she really does end up arriving at the award show in a look based on her answers, especially when you consider that the entire ensemble has probably been in the works for a while now.

Think about it: Kardashian is presenting at the VMAs tonight on Aug. 28, which means she likely had to conjure up some outfit ideas before creating this poll. And it's not just her look that's up for debate, either. She is also going back and forth with her followers about who she's presenting. "And I see you guys guessing on who I am presenting," she tweeted. "A little hint, it's someone I am obsessed with!"

We'll have answers in a few short hours, but either way, it's awesome that she loves her fans enough to interact with them and include them in the backstage glam process. And besides, you know that no matter what she chooses in the end, she'll end up looking flawless.