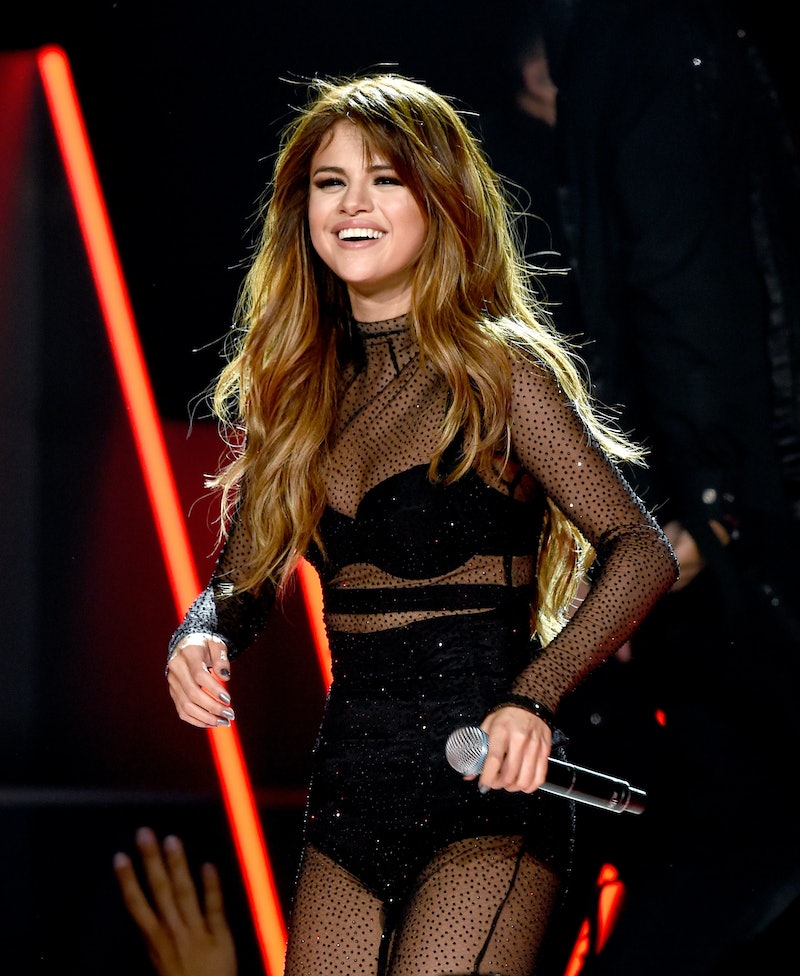 It seems like plenty of celebs are skipping out on the VMAs this year. For instance, Selena Gomez did not attend the 2016 VMAs — and it's really a bummer for all of her fans out there because the singer always slays on red carpets, particularly on those of the VMAs. Though Gomez didn't receive any Moon Men nominations for her Revival album, she's still been slaying the music game throughout the year.

In 2015, Gomez joined her pal Taylor Swift and Swift's entire girl squad at the ceremony, posing for pics and basically making the world want to be a part of their crew. However, Gomez, Swift, and several other squad members did not make it to the 2016 VMAs. Maybe they're all having a viewing party together. Maybe Swift baked some cookies. It's quite the mystery.

My hunch says that Gomez is giving herself a little break since she's been busy traveling for her Revival tour. In July of this year, the singer opened up about needing some time to rethink certain things going on in her life, so I really hope she is getting some much-needed rest and relaxation before her next concert on Sept. 3.

Fans seem pretty distraught that she didn't make an appearance, though, likely because she has been killing the style game over the past couple of months. In the past, she has been one of the best-dressed celebs at the VMAs (at least in my opinion).

There she was, looking good with the girl squad.

Her 2014 VMAs outfit was perfection.

Wherever Gomez is, she deserves some low-key self-care time.

More like this
Hailey Bieber Just Responded To *That* Viral Met Gala Moment
By Radhika Menon and Sam Ramsden
Everything To Know About Taylor Swift’s 10th Studio Album, 'Midnights'
By Grace Wehniainen and Jake Viswanath
Doja Cat Took On Paris Fashion Week In Head-To-Toe Gold Body Paint
By Audrey Noble
13 Memorable Beauty Moments From Paris Fashion Week S/S 2023
By Olivia Rose Ferreiro
Get Even More From Bustle — Sign Up For The Newsletter