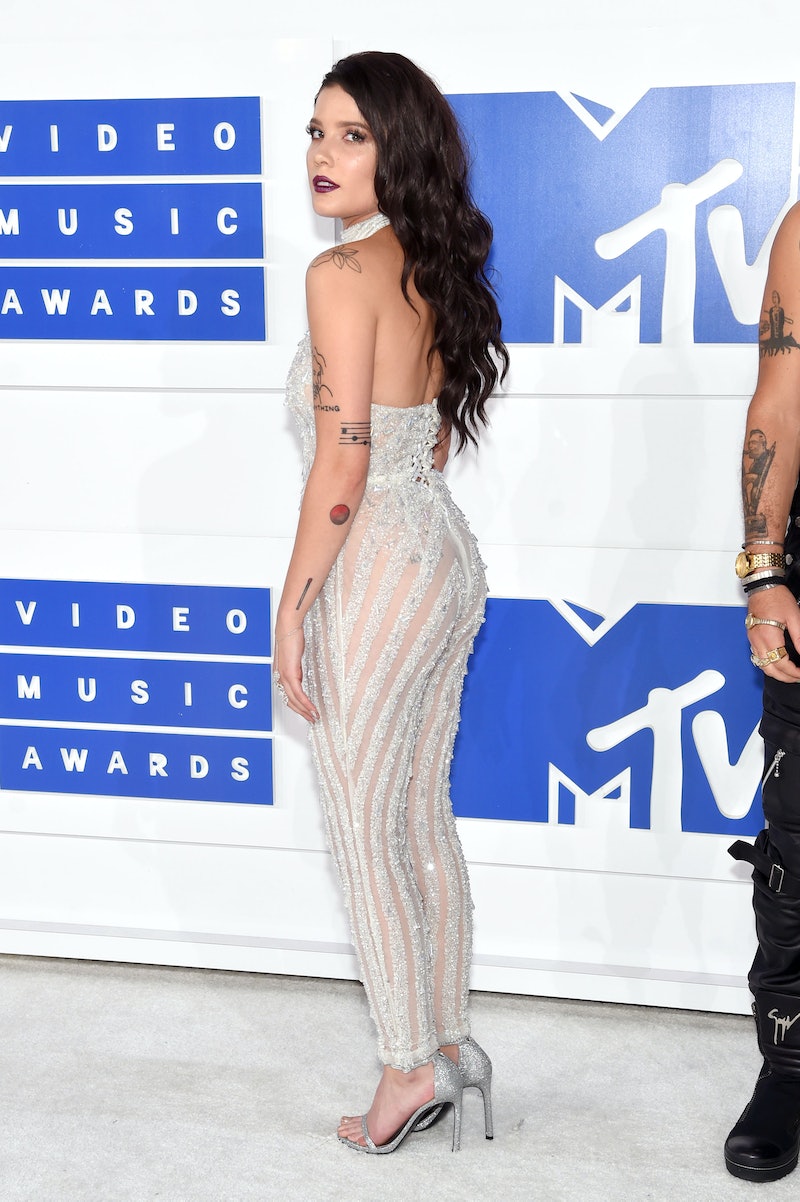 Halsey is known for changing her hairstyle almost as much as Kylie Jenner, constantly changing up the length and color. Sunday night, Halsey arrived at the 2016 VMAs with flowing brunette waves, a stark difference from the pixie she's been sporting for the last couple months. So is Halsey's long brown hair is real?

Earlier this week, Halsey debuted her long brown hair on Snapchat, but it's safe to say it definitely isn't natural. Halsey's natural hair is textured and a chocolate brown color, but she has been rocking short, colorful hair for quite some time now, mostly just changing it up between blonde and various colors when she wants to do something different. However, Halsey's long brown hair is what she used to consider her "normal," so it's definitely not the first time she's rocked this look.

Halsey's long hair is most likely extensions, but that doesn't make it any less fabulous. Fans were absolutely blown away when she arrived on the 2016 VMAs red carpet this Sunday — which is totally warranted, because she looked amazing as she showed of her new silky locks while wearing a very trendy white bedazzled jumpsuit and a gorgeous plum lip color.

I wonder how long she'll rock the long hair this time around.

But let's be honest, whatever Halsey does with her hair, it always looks great.

More like this
Everything To Know About Taylor Swift’s 10th Studio Album, 'Midnights'
By Grace Wehniainen and Jake Viswanath
The Chicest ’90s Updo Hairstyles To Try
By Paris Giles
Lily Collins Got Shaggy Curtain Bangs For Emily In Paris Season 3
By Audrey Noble
12 Bellissima Beauty Moments From Milan Fashion Week S/S 2023
By Olivia Rose Ferreiro
Get Even More From Bustle — Sign Up For The Newsletter