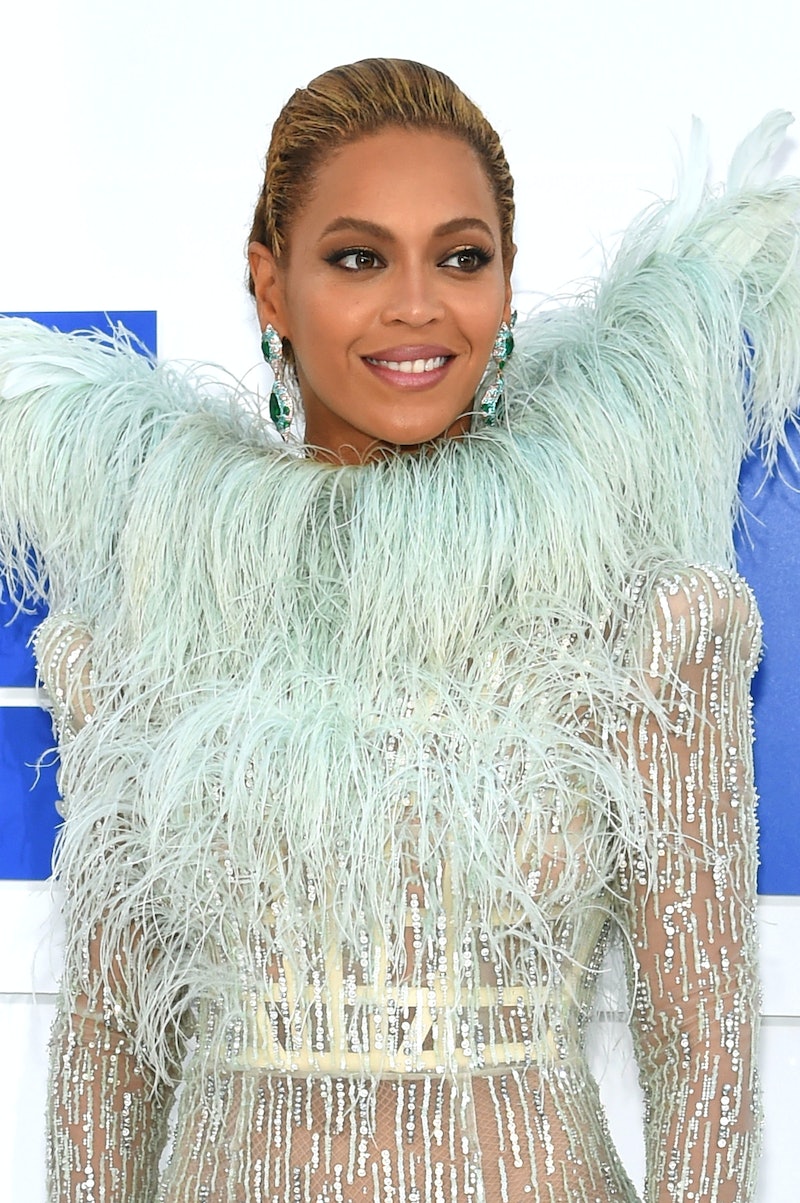 Beyonce once sang about girls running the world. Well, according to Twitter, Beyonce still runs the world and maybe even the entire universe after her fiery performance art and her fashions. Twitter erupted with heaps of praise over Beyonce's 2016 VMAs performance and the variety of outfits the Queen Bey wore while performing a songs from her Lemonade visual album. Twitter mostly marveled at her ability to cycle through multiple outfits right before our very eyes.

Beyonce wore a black bodysuit, thigh high boots, and a white fur coat, among other things. Bey also rocked a fierce stare while she strutted her stuff through the auditorium and on the VMAs stage.

Here's a sampling of how the Twitterverse felt about Beyonce's ensembles while she turned the 2016 VMAs into a Beyonce concert. The reactions were mostly positive, since that's usually the vibe that Beyonce elicits. Her Beyhive is comprised of disciples moreso than fans.

Most VMAs viewers were talking about her supernatural ability to do an outfit quick change. It's not easy but Bey made it look so. She wasn't messing around nor was she wasting time. She just got it done and kept all eyes on her, thanks to the visual variety.

Enjoy these Bey-worshipping tweets discussing her many magical talents and stunning looks during her 2016 VMAs performance.

Fans were loving every element of her look.

Only Bey can cycle through songs and outfits without missing a beat or a step.

Beyonce's stage uniform usually consists of a lacy, see-through, or bedazzled bodysuit that is as much about fashion as it is about function. She has to be comfortable while dancing, but she also has to look good. Twitter and the Internet seem to understand that.

Giving life to people other than Blue Ivy.

Beyonce is #goals for #gettingdressed.

Bey was working her magic.

She was compared to an iconic villain!

Was this green fashion? Did Beyonce recycle?

She will always keep us guessing. Anything else would be boring. And Bey is never boring.