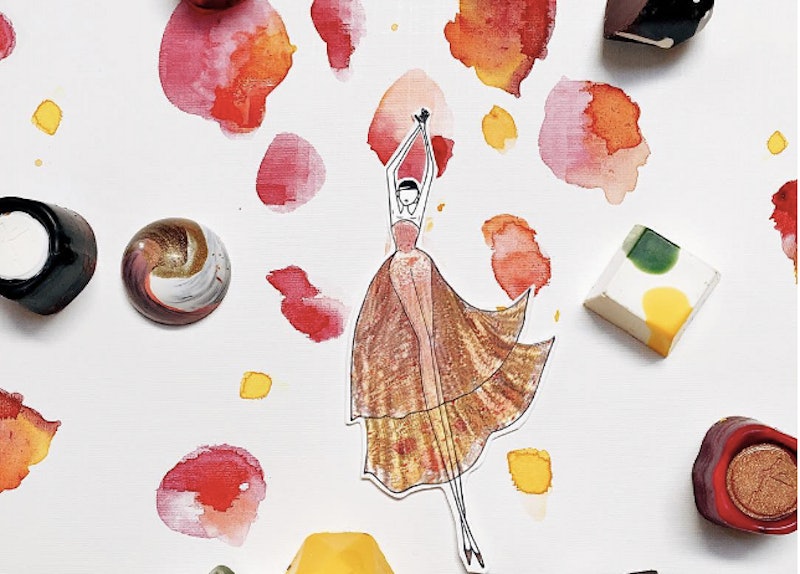 As you probably know by now, Instagram has introduced a new "Stories" feature that allows users to record and post a collection of images and videos each day that expire after 24 hours, not dissimilar to Snapchat. Now, their intentions for the addition have become a bit more clear with the introduction of their new Instagram how-to series for fashion illustrators that launched Monday in their very own Stories section. As a part of what will become an ongoing "how-to" series, Instagram is dipping their digital toe into the world of video tutorials with their first series, "#FashionIllustrated".

To kick off the series, they're featuring illustrator Jaesuk Kim on their company page and in their Stories section. Kim is a fashion illustrator and art director based in Sydney and Seoul. He's also the man and the mind behind the brand Susu — a high-end accessory line for the chic and city-slicking woman. The bag-toting models he drew for his sketches, dubbed "Susu Girls," were so whimsical and fetch that they caught the eye of some of the biggest brands in luxury fashion.

Companies like Bloomingdales and Dolce and Gabbana began hiring Kim to illustrate their products being modeled by his now famed Susu Girls. It will be easy to see how he caught the eye of the new Instagram series producers after you watch his first tutorial.

This series, in particular, will feature artists from around the world who are using innovative ways to bring their style and creativity to life. From the looks of it, the videos will be short and to-the-point, and while we're totally interested in what will become of this series, we'd just like to take a minute to ogle over Kim's creations, because they're super unique:

Gorgeous, chic, and totally tranquil. We could seriously watch this guy draw with this special watercolor pen all day. It's like magic!

Kim's Susu Girls are like a mix between acrobats, ballerinas, and superheros.

Another Way To Wear Lipstick

Not Your Average Arts & Crafts Project

Seriously, these paper doll-style Susu Girls could be behind frames. If only the cut-out dolls we got stuck with when we were kids were even close to this cool...

As for the future of the series, we'll just have to wait and see. For now, check out Kim's Instagram and stalk away!