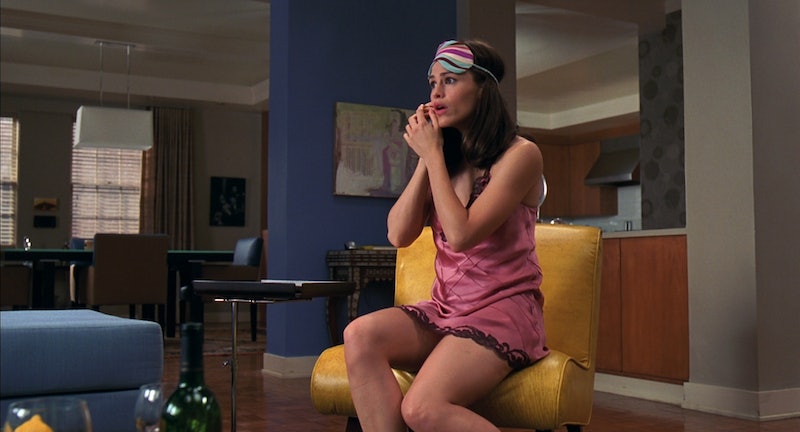 If we learned anything from the films Big and 13 Going on 30, it's that adulthood isn't always what it seems. Yes, you can buy a trampoline for your apartment and stay up as late as you want when you are an adult, but what no one tells you is that eventually the appeal of that kind of freedom does start to wear off (though a soda machine in your apartment will be cool for all of eternity). Many of us (well, except a few Peter Pans) were desperate to get to adulthood as kids in part because we had no sense of what the reality of it entails. Here are nine things to know about being a grown-up as you ease yourself in:

Your candy consumption will come back to haunt you

As a lifelong candy addict, I can report that all those things my dentist and mom said have come true. The cavities, the sugar crashes, the fillings that need replacements and the extra pound here and there all seemed so far off when I was kid getting my sugar fix. How could something so sweet and fun be so bad for you? And don't even get me started on soda! Acid reflux, tooth discoloration, I could go on. Yes, there are many worse things you could put in your body, but there was a reason your parents limited your sugar intake. You are about to become well acquainted with that reason.

Sure, you're still young. But remember when you were younger and you would tell like your weird old aunt about the music you listened to and she would look at you like you had five heads? As you get older and super busy with your career and own life, you realize that being totally up on the newest thing is tough to do. More times than you want to admit, you will yourself acting — or at least feeling — like the "cool mom" in Mean Girls , asking everyone the equivalent of, "What is the 411?" Fortunately there are people like Miley Cyrus and Justin Beiber to do sufficiently outrageous things on a regular basis that they get national press coverage even you won't miss. Sometimes this is the only way you will appear to know something about popular culture.

When we were kids, it seemed like grown-ups had it pretty figured out when it came to their careers. Maybe I felt that way because I am the daughter of a teacher and a doctor, but it just seemed like most adults picked a career and stuck with it. However, when you become an adult, you realize that it is very rare that people know exactly what they want to do after college. Sometimes you toil away at a career just because "it works for now." If you are lucky, you will find your calling, but that could be many years into adulthood. Making peace with that — while still working toward it — is one of the toughest challenges you'll encounter in your grown-up life.

Making and keeping friends is not so easy

Pretty much from the moment you start school, making friends is one of your most important projects. That's usually the case through college. But then when you hit adulthood, those friendships that were once so effortless and important can start to fall by the wayside even in this world of constant connectivity. Work will make it harder to keep up with people who aren't in the cubicle next to you, and when you start to have a family, it gets even trickier. Fortunately, a few cool things happen in the meantime: You start to value time alone; you learn to trust your own tastes and opinions as much as anyone else's; and you learn that the company of one person who gets you is so much more valuable than hours with people who happen to like to go to the same bars as you.

Still, you will care about what people think

Your coolest teacher in elementary or middle school probably told you once that even though your peers' opinions of you seemed to matter a lot at the time, they wouldn't later on. She probably wasn't lying to you, but she was being unrealistically optimistic. No matter how confident a person you become, you will frequently compare yourself to other people and wonder how you come across to them. This will no longer paralyze or consume you the way it might have when you were 13, but it will nag you from time to time. At least as long as there is Instagram, and you are on it.

Yes, you were tired as a kid and a teen, but none of that compares to adult tiredness. This is the kind of tired where sleep is so precious that you would probably give up a kidney for some sleep, but definitely a Friday night.

When you become an adult, you realize your parents are just people too. They not only can't control you, they don't have all the answers. They also (fortunately) aren't the ridiculously annoying and embarrassing people you thought they were when you were a teenager. When you become an adult, you see them as they are, no more, no less. That's both terrifying and really cool.

You may never feel like you know what you're doing

Credit reports? 401Ks? Mortgages? Taxes? This stuff is hard to learn, but it can feel like you are supposed to suddenly and magically be an expert on all the boring and annoying bills and paperwork adulthood involves. Do yourself a favor and educate yourself about these matters. Get a financial advisor, get an accountant, ask your friend who is a lawyer. Be smart.

When people call you "Ma'am," do you turn around and look for someone else? Even though many of us have legally been adults for years, we still don't feel like it. Maybe we are like Jenna Rink in 13 Going on 30, operating on the idea that we are still our wide-eyed teen selves, just newly endowed with the ability to buy stuff and go to a cool job everyday. Maybe we will always be in a bit of disbelief that we have made it to adulthood. A quote from the short-lived but smart CW series Emily Owens, M.D. sums up the feeling of newfound adulthood well:

More like this
Here’s Why Sagittarians Should Pursue A Career In Academia
By Nina Kahn
The Spiritual Meaning Of Angel Number 000, Explained
By Kristine Fellizar
10 Stranger Things-Inspired Halloween Costumes For True Fans
By Emma Carey
Bobby Berk Explains How To Maximize Every Inch Of Your Bedroom Storage
By Marilyn La Jeunesse
Get Even More From Bustle — Sign Up For The Newsletter