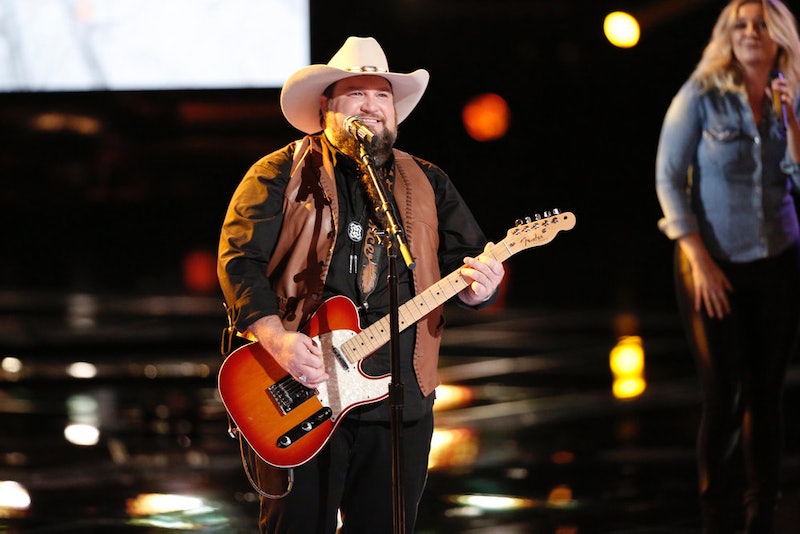 Talk about confidence! Team Blake's Sundance Head covered "No One" by Alicia Keys in front of Keys herself during The Voice Top 11. While a lesser artist may have let their nerves get the best of them in such a situation, Head handled it like a pro. His rendition of "No One" was vocally flawless and all-around beautiful—and it sounded nothing like the original. Head put a country spin on the song that made it practically unrecognizable in the best way possible. It was refreshing, powerful and left Keys' near tears. Head's daring performance was a great success—one that left him with a one-way ticket into the Top 10.

At this point in the game, just one performance can make or break an artist's shot at The Voice title. That's why it was such a big move for Head to sing one of the coaches' songs in such a different way. Though it was daring, it certainly paid off. Head's performance of "No One" earned him high remarks from Keys herself. After telling Head that he was "the one person I wish was on my team," Keys praised his performance itself saying, "You made me listen to my song in a whole new way, a way that I really needed right now." Could it get any better? No, not really.

Head has been in the middle of the pack since the beginning of his time here on The Voice. He's always been one of the best, but there were certainly better. Tonight, though, he turned the tables. Head's daring performance pushed him to the front of the pack. With an original arrangement and beautiful vocals, he grabbed the both the coaches' and the audience's attention. Now that Head has risen to the top, he'll have to work hard to stay there but something tells me he's not giving up anytime soon. Head has shown what he has to offer and I, for one, can't wait to see what else he has in store.