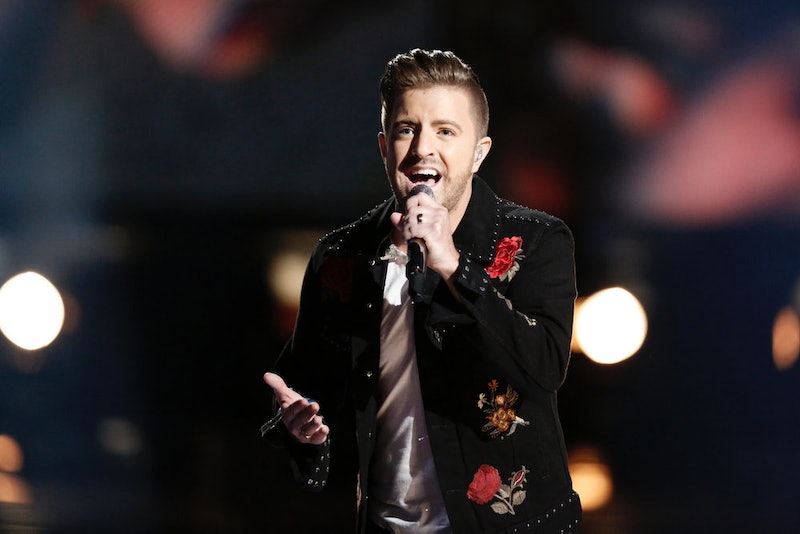 Mic. Drop. Billy Gilman has just joined the ranks of The Voice artists who have conquered a Celine Dion song. It's not an easy task, but Gilman passed the test with flying colors. The Team Adam artist has been favored to win since day 1 and tonight he may have sealed his fate. Though his performance wasn't perfect, it was show-stopping. It has people talking, for sure, and in a good way. Is he The Voice? We'll have to wait another week to find out, but the odds are certainly in his favor.

Gilman has had people talking ever since his Blind Audition, but the buzz is even louder after his "I Surrender" performance.

If this response isn't enough to convince you that Gilman is crazy amazing, the coaches' response is sure to. All four of the coaches sprung to their feet as soon as Gilman hit his final note. It was as if they were in the audience for a Grammy performance, not a Top 8 performance. As some of the top artists of the moment, The Voice coaches recognize talent when they see it and they've seen the star in Gilman ever since the beginning.

Gilman is up against some stiff competition for the title, but he's certainly at the top of the game. As a child star, he is no stranger to the spotlight and that has definitely paid off in this competition. Only one results show is separating him from a potential The Voice win. Will America award him with the title? If they continue to vote the way they have since the Live Shows began, then Gilman might as well start planning his victory party.