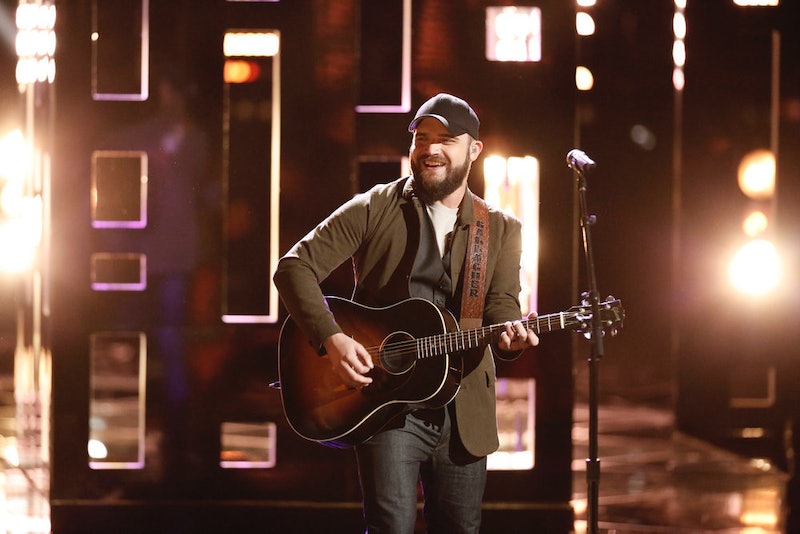 The end is near. The Voice Season 11 Finale kicked off Monday which means one thing—it's time to get those votes in. The Final Four are singing for their lives and, in just 24 hours, one will be crowned the winner. Along with singing two other selections, each contestant is debuting their original single during tonight's show. The first to perform was Team Adam's country crooner, Josh Gallagher, and he did not disappoint. Gallagher's single "Pick Any Small Town" was an original song that he co-wrote with former fellow Team Adam contestant, Nolan Neal. From the catchy lyrics to the killer vocals, "Pick Any Small Town" is guaranteed to be a chart-topper and could just be what Gallagher needs to get to the top of the leaderboard.

"Pick Any Small Town" is the ultimate country song. It's fun, catchy, and extremely relatable. And to top it off, it showcases Gallagher's standout vocals. There's no doubt this is just a small taste of what we would get if we were to get a full Gallagher album. "Pick Any Small Town" draws instant similarities to many of Jason Aldean's songs, while also channeling some Chris Young-esque vocals. The tone and personality is completely Gallagher's own, though. Overall, it's a truly great tune that will be right at home on the country charts.

Josh Gallagher wasn't an instant front-runner, but he rose to the top throughout the live shows. His country prowess and charming personality really took center stage once he was given the chance to choose his own songs and perform live. On top of being a favorite of the coaches', he's clearly a fan-favorite of America's too. Without the fans at home, Gallagher would have never been voted into the Final Four by a landslide in last week's Instant Save. And now that he's been given the chance to sing for the title, Gallagher is proving why he got there.

More like this
'Bachelor' Star Cassie Randolph’s Sister Is In The 'Yellowstone' Spinoff '1923'
By Grace Wehniainen
Linda Ronstadt’s “Long Long Time” Plays A Pivotal Role In The Last Of Us
By Brad Witter
Taylor Swift Visited The 'Glee' Set For This Bizarre Season 5 Episode
By Grace Wehniainen
This 'Emily In Paris' x Blackpink Crossover Is Beyond Iconic
By El Hunt
Get Even More From Bustle — Sign Up For The Newsletter
From hair trends to relationship advice, our daily newsletter has everything you need to sound like a person who’s on TikTok, even if you aren’t.