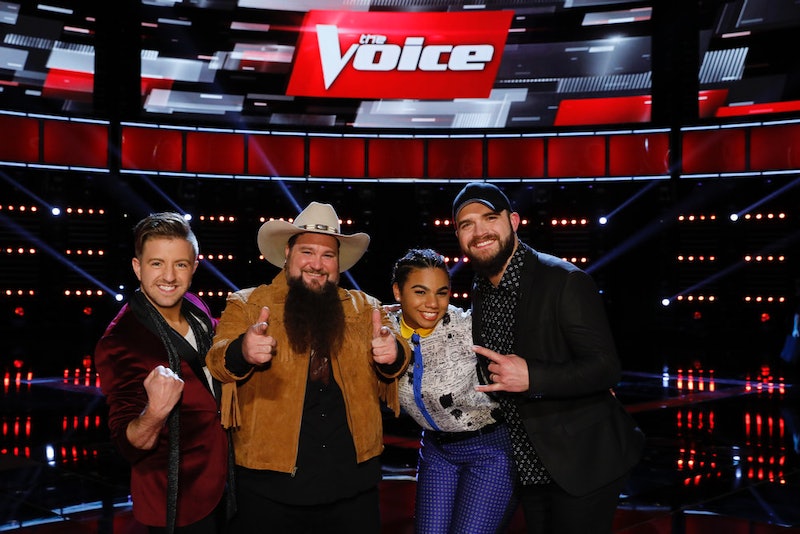 Well, The Voice fans, the time has come. After weeks and weeks of waiting patiently and voting often, the season's eleventh season has come to an end and the winner has been revealed. Though all four finalists are incredibly talented and all deserve recording contracts (and will hopefully still get them!), only one artist could come out on top. So without further ado, America has named Sundance as The Voice Season 11 winner and he is so deserving of the title.

While Team Blake has produced winning country artists before, none have been quite like Head. The Season 11 winner is an old-soul with an old-school country meets bluegrass sound. If he were to be compared to anyone in the industry today, it would be to breakout star Chris Stapleton. Both Stapleton and Head bring the traditional sound back into country while also adding an original yet modern twist. Head has a talent that the country industry is really wanting right now but is desperately lacking. The newly crowned The Voice winner's sound will be well received by fans of the genre, which will ultimately lead to Head having a very long and prosperous career.

While some past winners have seemed to disappear after the season closed, Head promises not to be one of them. The singer-songwriter is eager to get to work producing new music. Though his new music won't be released for a few more months, his debut single "Darlin' Don't Go" is ready to download on iTunes right now. So download it right now, because if you're like me, you'll be playing it on repeat until Head's debut album is released.

More like this
'The Bachelor' 2023 Schedule Differs From Last Season In 1 Key Way
By Grace Wehniainen
Everything To Know About 'The Real Housewives Ultimate Girls Trip' Season 4
By Jake Viswanath
Everything To Know About 'RHONJ' Season 13
By Brad Witter and Jake Viswanath
This ‘Bachelor’ Spoiler Teases The Dramatic Self-Elimination Of A Fan Favorite
By Grace Wehniainen
Get Even More From Bustle — Sign Up For The Newsletter
From hair trends to relationship advice, our daily newsletter has everything you need to sound like a person who’s on TikTok, even if you aren’t.