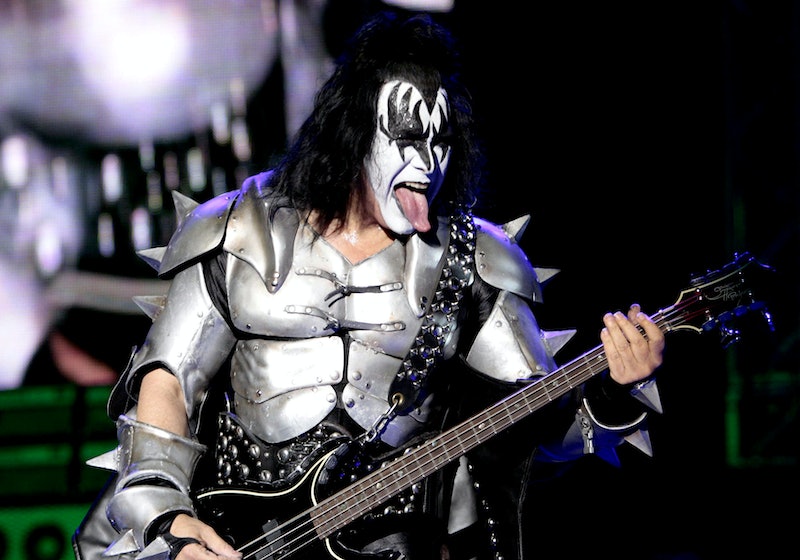 It's here! After weeks of watching your favorite new artists sing their hearts out for your votes, The Voice finale is officially here. While we wait for the winner to be announced (it won't happen until the very, very end of the broadcast), some of the top musical talent the show has ever hosted is taking the famed stage to hype up the crowd. One of the most unexpected showings of the night, though, happened about halfway through the broadcast when Team Blake's Sundance Head joined KISS—yes, that KISS—onstage for a performance worthy of the Rock & Roll Hall of Fame.

The Voice has hosted some big names before, but no one ever like KISS. The makeup-wearing, platform heeled boot-rocking, tongue-wagging rockers teamed up with Head for what is guaranteed to be the most talked about performance of the night. The famed rockers joined the Team Blake artist for a country meets rock 'n roll version of their hit "Rock And Roll All Nite" and completely shut down the competition. Thankfully for everyone else, voting already closed. Because, if not, that performance would've locked up the win for Head.

KISS isn't a traditional pick to perform on The Voice stage, but was well received by every one in the audience, including the coaches. All four coaches, including Miley Cyrus and Alicia Keys who were fangirling hard, were on their feet jamming out to the rock legends. Their performance showed the diverse range of music the show is dedicated to covering and was certainly a great addition to the lineup. While this will probably be the only KISS performance on The Voice for a long time, it was one worth savoring and definitely served as a great ending to an incredible season.

More like this
5 Wild Theories About Miley Cyrus’ “Flowers” Music Video
By Jake Viswanath
Paris Hilton & Carter Reum’s Relationship Timeline Includes A 2023 Grammys Date Night
By Bustle Editors
'Bachelorette' Vet Clare Crawley Revealed Her Stunning Wedding Photos
By Stephanie Topacio Long
Rachel Responded To 'Bachelor' Fan Theories About Her TikTok With Clayton
By Grace Wehniainen
Get Even More From Bustle — Sign Up For The Newsletter
From hair trends to relationship advice, our daily newsletter has everything you need to sound like a person who’s on TikTok, even if you aren’t.