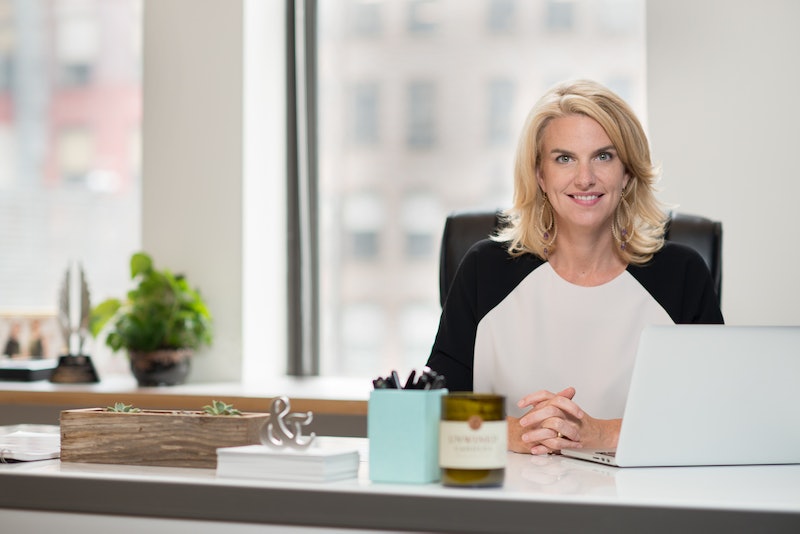 When I awoke on the morning of Nov. 9, I felt invisible. Overnight, America swerved from a place where a woman could become president to one where women — our stories, dreams and hopes — didn’t even exist. How was it possible that a man who openly bragged about sexually assaulting women could be president? A man who said he’d punish us for making our own choices about our bodies, who degraded and dismissed us based on our physical appearance?

He made us small, insignificant. He made us into people he could use and throw away.

After the election, I felt erased — invisible.

I’m gay, so I know being visible can be a radical act.

I get to say I’m a proud wife and mom because, after decades of demanding visibility in the streets, the Supreme Court finally decided that in America, LGBTQ people in all fifty states can marry the people we love.

I can also write about my feelings largely because of my privilege.

We can’t afford to turn away from, or against, each other when the threats we face require us to fight together.

Because of the color of my skin, I can march and protest without worrying that police might think I’m dangerous. Because I’m a U.S. citizen, I can speak publicly without fear of being taken from my family. Because I’m cisgender, I know people won’t gawk at me, shun me, or commit violence against me when I tell you I’m a woman.

There are too many people for whom the simple act of being visible is terrifying and unsafe. This means that we have more work to do, which starts with being visible in our own lives, in big moments and little ones. It means speaking our minds, taking credit for our ideas, and standing up for our beliefs.

We have to see the people around us. We can’t afford to turn away from, or against, each other when the threats we face require us to fight together.

And we can’t give up.

No matter how many gut-wrenching defeats we endure, we need to keep fighting until America is a place where all people can be seen, loved, and accepted for who we are. That is why the Women Marches throughout the country on Jan. 21 were so critical — and why carrying our advocacy beyond that day is even more essential.

But when we relinquish our power to be visible, we allow the people who’d rather not see us to ignore us. Make us insignificant and small. Make it easier to take away our rights.

Even when it is easy to give up, we must remember the energy and optimism we felt during the march and translate it into action. There are days when I don’t want to be seen. Some days, I want to tune out the news, curl up under a blanket, and close my eyes.Nov. 9 was one of those days.

But when we relinquish our power to be visible, we allow the people who’d rather not see us to ignore us. Make us insignificant and small. Make it easier to take away our rights.

We must demand nothing less than full and lasting acceptance for all women, all LGBTQ people, and all those who are forced to live on the margins. We must demand to be visible, because visibility demands equality. That’s what it means to be American, and we won’t let anyone tell us different — not even the president.

Don’t let them erase us.