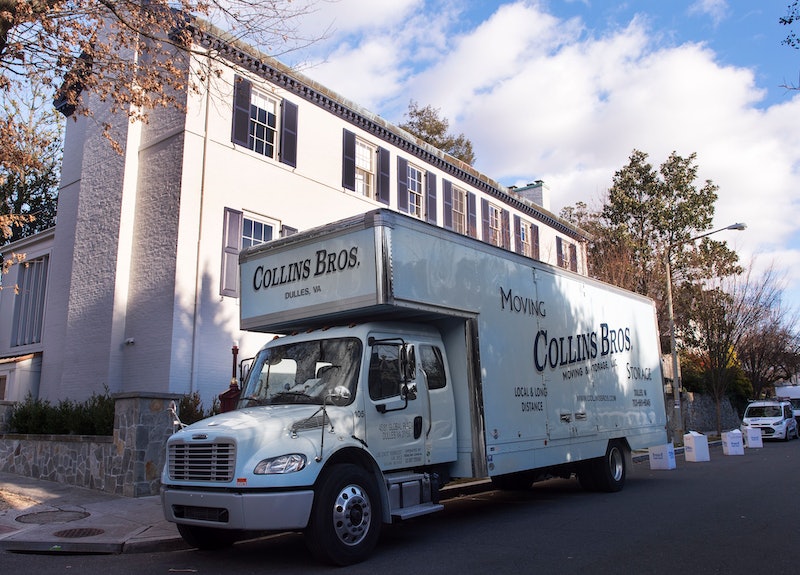 For every kid who grew up in the same cozy brick farmhouse as their great-great-great-pilgrim-grandparents, there's a scraggly little rascal weirdo who grew up house-hopping. And from the ages of two to 17, that weirdo was me. Yup, I was a kid whose family moved around a lot.

I was born in the brisk seaside air of Massachusetts, and lived there for about two years before being whisked away to Israel, New Jersey, Eritrea, Pennsylvania, North Carolina, and Illinois, with a few random, month-long jaunts in places like Italy and California sprinkled in between.

I was the missionary kid of adventurous young parents, and though I certainly missed out on some things — like a chick flick-worthy high school experience — what I gained was a slightly more nuanced sense of the world. You know, basic things, like the fact that some people have floors made out of dirt. Stuff you don't always realize in suburbia.

On a more personal level, my childhood gave me an irrepressible and scarily intense taste for freedom, which means that as an adult, contracts and leases make me break out in hives, metaphorically speaking.

Whether you're a military brat, a missionary kid, or the unlucky descendent of parents on the run from the law, you know that having a rootless childhood is both a blessing and a curse. Here's what makes us different.

You dread the question "Where are you from?"

Be cool, be cool. Should you name your birth town? Your current town? The city you lived in the longest? You end up over-explaining and everyone just falls silent.

The stockings were hung by the chimney with care — the same chimney that's been in the family since 1492.

…and they've always been secretly jealous of your seemingly-exotic lifestyle

"But Christmas without snow is a lonely thing," you insist. And they just repeat, "Tell us more about Bora Bora!"

You quickly learned how to say goodbye to your best friends

Goodbye, we're both minors, WE WILL NEVER SEE EACH OTHER AGAIN.

You've spent a lot of time as "the new kid"

which means that you know how to entertain yourself

Sticks and stones may break my bones, but they're also good for building interesting sculptures on the front lawn.

You're good at packing

Note this is very different than "You enjoy packing."

You have lots of friends in lots of different places

You know, The Group. The 3-7 of you went to kindergarten together, snuck alcohol from your parents' cabinets together, swore eternal fidelity to each other, went to different colleges, reunited every summer for fly fishing at Caleb's lake house...

Still, moving around a lot has instilled some worldly values in you

like, you know that not everyone in the world looks, talks, and acts the same

Some people have foreheads that move.

still, you get restless if you stay in one place for too long

Is that the landlord?

Sometimes, though, you do get a real craving for domesticity

because mostly, you're still just looking forward to your next zip code

Maybe someday you'll have a pet cemetery. But not today.

And proud of it.

More like this
You Can Stay At The 'Hocus Pocus' House On Airbnb
By Alexis Morillo
Craving The Beach? Here's Your Guide To A Solo Vacation In Turks & Caicos
By Alexis Morillo
The Spiritual Meaning Of Angel Number 000, Explained
By Kristine Fellizar
6 'Game Of Thrones' Halloween Costumes That Aren't Overdone
By Nina Kahn
Get Even More From Bustle — Sign Up For The Newsletter