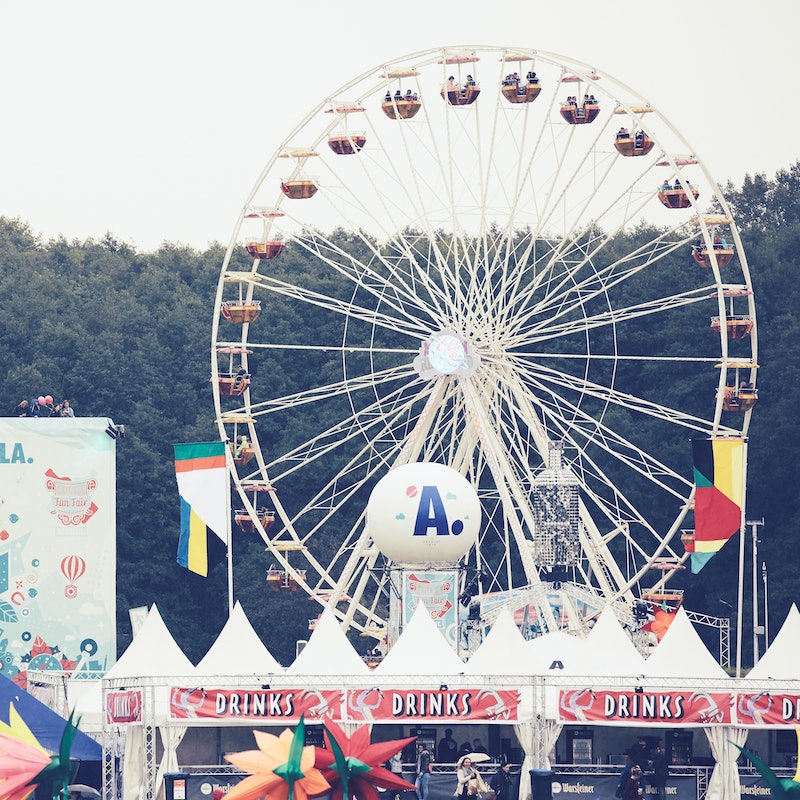 Every summer and fall, states bring out their best in fried food, portable attractions, and crowd-pleasing farm animals for annual state fairs. And while some fairs have gained fame for their size, others have gained followings with more under-the-radar attractions like giant vegetable contests, live cow birthings, and massive sculptures of chocolate and sand. If you’re making a summertime tour of the U.S., or you happen to near live the location of a state fair, and, for some reason (are you crazy?!) need more motivation to attend, look no further than this list.

Below, we help you choose which fairs to visit this summer by breaking down the 10 best state fairs in the country. We made our selections using the only two criteria that truly matter when it comes to evaluating state fairs: the food (the fried-er the better) and the entertainment — concerts, competitions, and exhibitions — they offer. From New York’s wino-friendly parade grounds and Minnesota’s seemingly infinite tableau of foods on sticks, to Texas’s thrill rides and Georgia’s animal races, these are the food-coma-inducing, recipe-for-fun state fairs you have to go to this summer. Bring your antacids, because you're going to need them.

If you’re a fan of southwestern cuisine, do not miss the Arizona State Fair in Phoenix, (October 11—November 3). Chili, agua fresca, and husk-roasted sweet corn are just a few of the items repping the local palate. Grub options also include twists on fair classics, such as red velvet funnel cakes or maple bacon donuts. The fair is also great for animal lovers: Last year’s fair included shows with goats, rabbits, cattle, and sheep.

If you like produce and you like competition, the Alaska State Fair held annually in Palmer (August 21—September 1) may be, weirdly enough, for you. Due to Alaska’s extended daylight in the summer months, plants and vegetables raised in the state can grow to monstrous sizes, and farmers bring their largest to the festival to compete for steep rewards. One such competition is the Giant Cabbage Weigh-Off, the winner of which receives $2,000. The record is currently held by Scott Robb Palmer, whose winning cabbage came in at 138.250 pounds.

State fairs and shopping don’t often go together, but at the North Carolina State Fair in Raleigh (October 16—26), attendees can take advantage of both typical fair attractions — racing pigs, acrobats, and pumpkin carving demonstrations — and the famous Raleigh Flea Market. Open at the fairgrounds every weekend all year long (besides during the state fair), the market houses more than 600 vendors who sell clothing, jewelry, crafts, furniture, antiques, and other goods.

As with all its endeavors, the state of California brings big entertainment value and a touch of the exotic to its annual state fair. In previous years, more than 700,000 have flocked to Sacramento to experience water rides at Raging Waters park, an array of award-winning beers at Brewfest, and a Birds of Paradise exhibit. This year’s fair will be held July 11—27.

Monkeys riding dogs? In Georgia? This is what state fairs are all about. At the annual Georgia State Fair in Atlanta Motor Speedway in Hampton, Georgia (this year, September 26—October 5), you can see the monkeys-on-dogs race (it's officially called the Banana Derby) and much more, including a live sea lion exhibit and a Halloween Magic Show. And when it comes to food, you better believe the southern state brings fried cuisine to a whole new level.

The Ohio State Fair, which takes place in Columbus (July 23—August 3), is something of an outsized sculpture garden show: Attractions include a 500-pound chocolate sculpture, a 25-ton sand sculpture, and a ride called the SkyGlider, “one of the world’s longest portable sky rides.” If you’re more interested in the food, you’ll be happy to know the fair has its own Food Finder App, which helps attendees locate everything from sausage sandwiches to deep-fried PB&J sandwiches.

Iowa’s 11-day State Fair in Des Moines (August 7—17) features almost 200 concession stands that serve a vast array of food, including 70 types of treats on a stick. And while attendees will find the usual decadent fare, healthy eaters also have options, including a whole salad on a skewer (um...). The fair also boasts a lineup worthy of a music festival. This year, the Goo Goo Dolls, the Plain White T’s, Lady Antebellum, and Florida Georgia Line are all scheduled to make appearances.

According to Country Living, the wine showing at the New York State Fair in Syracuse (August 21—September 1) beats even California's, as “dozens of wineries from across the state host tastings and vie for top-vitner status.” The best part about the fair’s very own “Wine Village”? It’s cheap — two dollars for a five-ounce glass — and you’re allowed to walk around the fairgrounds with it. We recommend taking a glass (or six) to this year’s concerts: Brad Paisley, Train, The Wallflowers, and Florida Georgia Line will all be playing. And if your taste for entertainment skews more bucolic, fret not: there will be a live cow birthing for attendees to watch.

One needs to be careful at the State Fair of Texas: Take advantage of its famous fried food and its impressive thrill rides without a long enough break in between and things can get messy. On the food side of things, you can enjoy a fried Thanksgiving dinner, fried Nutella, fried pie, and other batter-bathed concoctions. On the ride side, be sure to get in line for the 1,800-foot-long gondola and the 212-foot Ferris Wheel (the Statue of Liberty, to compare, is 305 feet tall). Texas's world-famous fair is held annually in Dallas, and will run this year from September 26 to October 19.

The Minnesota State Fair the best fair in the country, and offers a number of compelling reasons why, not least of which is the fact that, in 2013, some 1.7 million people attended. What do they all come for? In addition to a range of farm-related attractions (Minnesota, like New York, has a live cow-birthing) the fair also includes a butter-sculpting contest, 70 types of food on a stick, deep-fried candy bars and — drum-roll, please — fairground-wide WiFi. It’s not every fair that allows you to Instagram your fried-food adventures (or your selfie with Tim McGraw, who’ll be performing). Check it all out for yourself at this year’s in St. Paul, August 21—September 1.