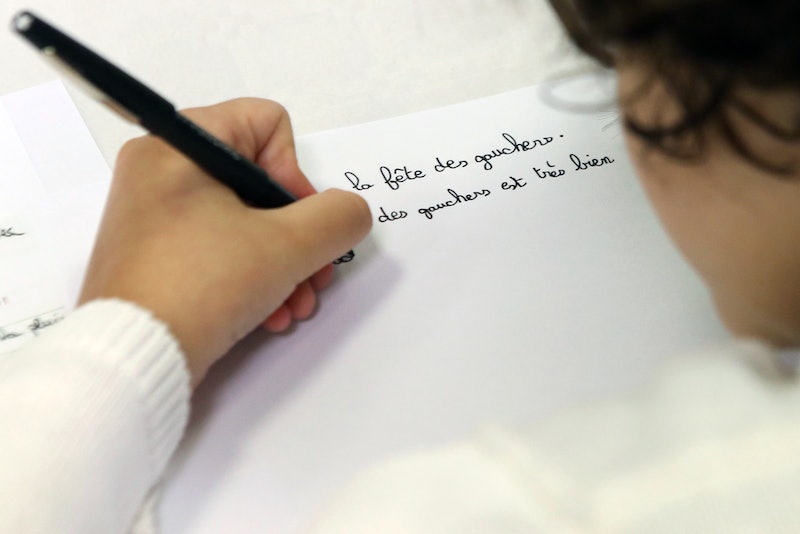 Happy Left-Handers Day! Personally, I’ve never considered being part of this group, which makes up only 10 percent of the population, to be anything other than truly special. In my creative, left-handed opinion, we lefties are simply more unique than right-handed folk.

So what’s so awesome about being left-handed? Uh, we’re only total renegades, who, practically from birth, decided we were going to be different in a way that still puzzles everyone. (Even scientists still aren't sure why some people are lefties, though they think a single gene could control the left-right preference in humans. Unfortunately, they still can't figure out what that gene is.)

Whatever the cause of left-handedness, studies show that we're certainly a different breed. It’s even been said that we're more creative thinkers and better problem solvers ... though as a collective, we also tend to be more forgetful. (Personally, that’s a pretty accurate analysis of my personality.)

While it's rare these days to be persecuted over being left-handed, we still tend to get screwed over by our right-hand-dominant society in some aspects of everyday life. If you're left-handed, you know what I'm talking about. There are some struggles only my fellow lefties will understand.

During high school, it was perfectly normal for the entire back length of your left hand to be blue.

Trying to write a sentence without smudging anything is a pretty much impossible feat.

Looking for women's left-handed golf clubs, or a softball glove? Yeaaaah, that's going to cost you.

Seriously. Even the simple task of cutting a piece of paper is harder for us.

No way. Not even going to happen.

Eating Dinner With Other People

Your protruding elbow is inevitably going to get in the way of your right-handed table companion. Everyone else picks up their glass from the right … except you. Your left hand instinctively reaches out to grab the nearest glass — even if it’s not your own. Whoops.

You've mastered the art of crossing over your hands when you need to punch in numbers now. At least you can use a mouse and eat at the same time. Try doing that, righties!

It’s unfair that you need to avoid canned food at all costs.

Lefties push the pen nib, causing it to go scratchy on the page, unlike right-handers, who pull the pen nib for perfectly flowing ink.

It's not your fault. Most serrated kitchen knives are right-handed, with the serrations sitting only on one side of the knife. Lefties have to use this backwards, and are left with jagged slices of bread.

In dance classes and workouts, you are naturally predisposed to starting with your left foot first, whereas everyone else skews right. The results can be awkward.

More like this
The Spiritual Meaning Of Angel Number 000, Explained
By Kristine Fellizar
Isa Guha Is Taking The Lead
By Charlie Mock
This Psychological Effect Might Be Keeping You From Hitting Your Goals
By Lexi Inks
Experts Say You're Wasting Money At Home If You Aren't Trying Any Of These Clever Hacks
By Claire Epting
Get Even More From Bustle — Sign Up For The Newsletter