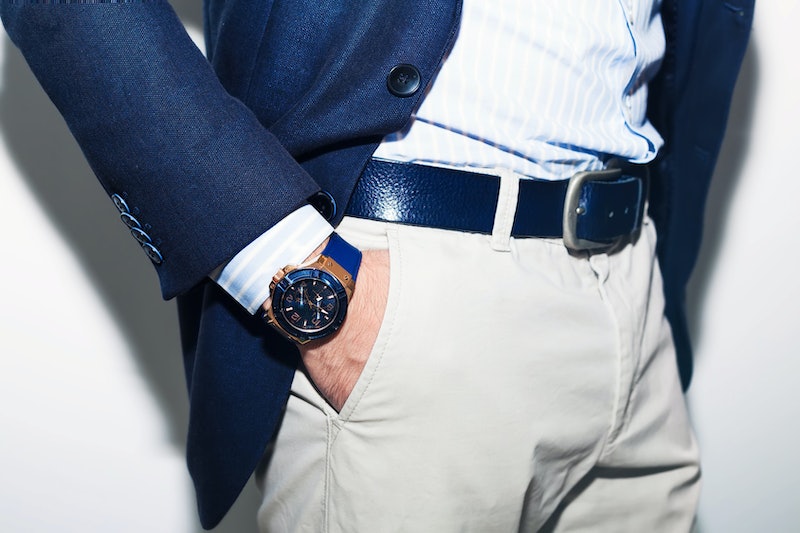 Last year, a video that was part of Dove's ongoing "Real Beauty" campaign went viral, and with good reason. It featured several women who first described themselves to an FBI sketch artist, and then were described by others to the sketch artists. The women were astounded, even to tears, by the big reveal: the sketches they dictated were much less beautiful than those reflecting what others saw in them. Well, the Internet humor machine went to work and, behold, the parody: "Dove Real Beauty Sketches: #Balls."

As you can probably infer, the Real Beauty Balls video (let's call it "Real Balls") is a replica of the original, only it features men who first describe their testicles to a sketch artist, and whose acquaintances then describe their balls to a sketch artist. Instead of sad, this process is hilarious. And, instead of poignant, the big reveal is awkward: two sketches of balls held up, side-by-side, and they're actually really similar?

Now, I'm not sure what the actual intent behind the Real Balls video was; maybe they were just doing it for the lulz. But whether the creators fully meant to or not, it draws possibly uncomfortable attention to differences in body image between men and women. Whereas the women sound anguished at recalling, for instance, that their mothers had criticized their appearances years ago, it just sounds silly coming from men.

Obviously this gender discrepancy is exacerbated by the silliness of the Real Balls's video's subject matter. But now try thinking of a video where they did the exact same exercise with men and their faces. I'm guessing that they'd be pretty out of touch with how they look, more matter-of-fact or good-naturedly self-deprecating, and non-emotional. If women were in turn asked to describe their vaginas, I bet many would have some actual, sincere qualms about the way things look down there. We're never going to live in a world where appearance doesn't matter, but it is invaluable to realize — and internalize — that we're truly our own worst critics. If women have been taught to be too hard on themselves, then they can be taught not to be too hard on themselves.