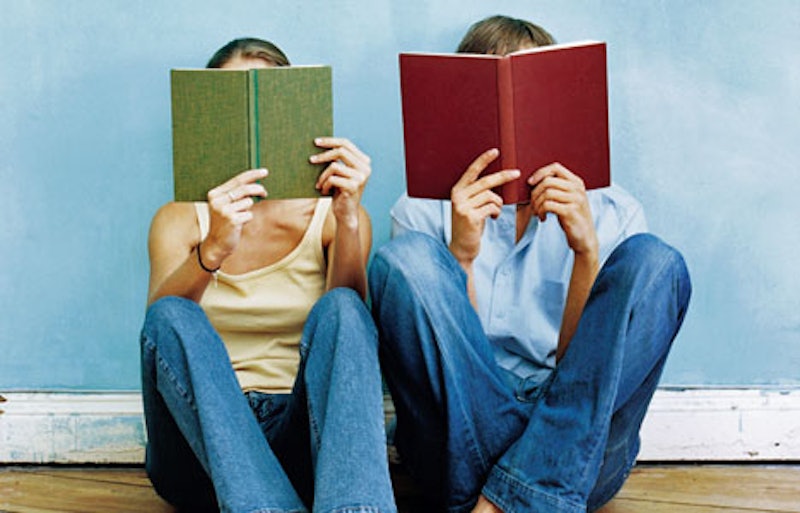 Sexy Feminism: A Girl’s Guide to Love, Success, and Style is a new book by Jennifer Keishin Armstrong and Heather Wood Rudolph that aims to market feminism to young women. Though the book is sure to bring its own, unique perspective, it’s not the first penned with this goal in mind. A recent review of Sexy Feminism by The Atlantic gives readers a tour of the feminism-for-girls galaxy.

In a far corner of the sky there’s Norma Klein’s Girls Can Be Anything, published in 1975. Further along is Feminism for Girls: An Adventure Story by Angela McRobbie and Trisha McCabe that lined shelves in 1981. In the late '80s and early '90s, according to The Atlantic, “feminism and its derivatives moved into the mainstream” with “previously unseen amalgamations of theory and pop,”— aka the sister stars Sassy, Bust, and Bitch. Adjacent but distinct, Jennifer Baumgardner’s 2000 Manifesta and Jessica Valenti’s 2007 Full Frontal Feminism veered away from “individualistic girl-power feminism” to reemphasize the importance of collective, political action. Now, twinkling directly above our heads: Sexy Feminism.

The importance of the feminism for girls canon cannot be understated. No doubt our world would be a better place if more young women were encouraged and given the opportunity to engage with feminism more often. With each book published, we change the lives of a few more girls, while questioning and expanding who and what the movement stands for. Some feminists may be peeved by a book with “Sexy” and “Feminism” in the same title, but that’s kind of like insisting that birth control shouldn’t belong in a pro-abstinence sex ed class. Many teens will have sex despite what Jesus says — better make sure it’s safe. Similarly, young people, not to mention adults, want to be perceived as attractive (though this doesn’t have to mean physically attractive), and admitting this doesn’t preclude feminism.

My question is where is Sexy Feminism For Men? Where is the book targeted at young men about how attractive, beneficial, and yes, manly it is for men to be feminists? A quick search on Amazon reveals the only books out there discussing men and feminism are theory-dense and written for the university crowd.

Here’s hoping some awesome gal or guy tackles feminism-for-young men soon, and that it inspires as many incarnations and revisions as feminism for young women. If I were a mom, I’d buy it for my son. If I had a boyfriend — happy Wednesday honey. Honestly, I’d probably hand it out to random strangers on the street like a crazy doomsday lady peddling bibles, ‘cause hear ye hear ye: For the very first time in history, it’s gonna start raining men... Feminist men, that is.