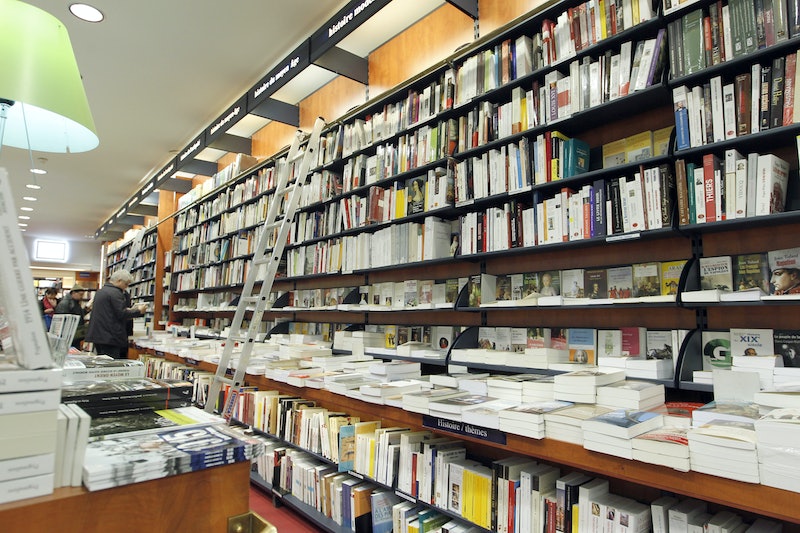 Big news in the publishing industry: Publishing giant HarperCollins now owns Harlequin, purveyors of books that are a little more, shall we say, steamy. Word on the streets is that the global media company News Corp., owner of HarperCollins, paid a cool $455 million in cash to longtime Harlequin owners Torstar Corp. Who's idea was this? Apparently HarperCollins approached Torstar (bow chicka wow wow), wondering how much they'd take for that hot little number over in the corner. (Sorry, that got creepy real fast — just trying to infuse some life into the cold, dry world of book publishing reporting.)

Where were we? Oh yes. So HarperCollins sidles up to Harlequin, all, "Baby, wanna check out my backlist?" Harlequin said yes, and the two have become one. Which is hilarious, because HarperCollins is so much more mainstream. Sure, they have their own secret, sizzling backlist of titles, but they also, you know, originally published Mark Twain and the Brontë sisters.

I'd love to see HarperCollins and Harlequin start a family as soon as possible. I believe that if there's one thing missing in this crazy world, it's serious books walking hand-in-hand with romance novels, till death do them part. Here are 7 ways this publishing love story should begin:

1. The Unflinching Courage of the Texan's Forbidden Fiancée

What happens in Texas is bigger in Texas.

They don't call him Mark Marky Mark Twain for nothing.

3. To Tame a Gingerbread Cowboy

He was spicy enough on the lonesome trail — but could he bring all that nutmeg and molasses to the bedroom?

Anything can happen when you spend 12 hours together in a tropical cabana. You might even… learn how to run efficient and effective meetings.

He knew cattle and horses — not the birds and the bees.

6. Jane Eyre of the Beholder

Alternate title: If You Give a Mr. Rochester an Assault Rifle.

"He'd raised himself from the depths of poverty to the heights of wealth and power. But Oscar Wilde knew polite society would be forever closed to him. Unless a woman from the most exclusive social circles – namely Mary Kelley – gave him an idea for a novel about a young man with an aging portrait of himself in the attic."