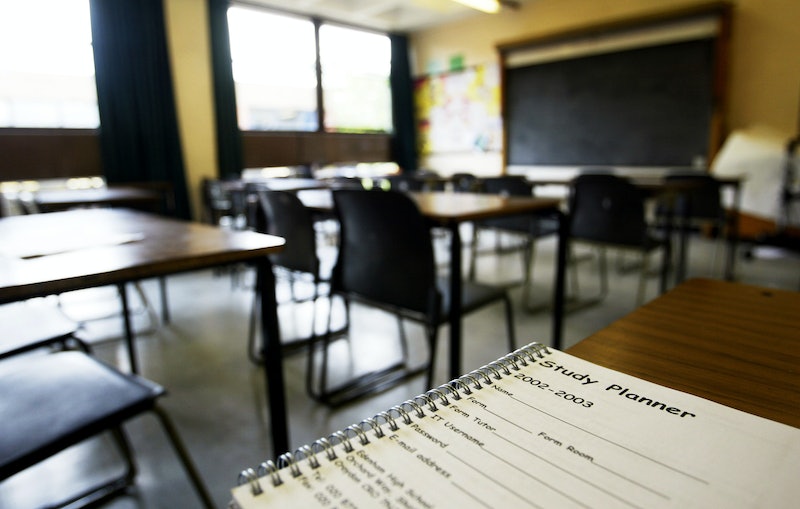 When Urban Dictionary first started, way back in the pre-historic year of 1999, it marked a whole new era for the English language, one where words could be defined by their users and anyone had a say in what things meant. Fifteen years later, Urban dictionary has more than 7 million definitions, clarifying everything from slang terms to philosophical concepts to celebrity names. It includes alternative definitions for words already found in a normal dictionary, as well as thousands of words no dictionary dares to handle. I mean, Oxford English Dictionary thought it was a big deal just to add selfie; they aren't going near textrovert or dotcomrade anytime soon.

And that's not even considering that traditional dictionaries tend to privilege certain words — and certain understandings of words — over others, often based on who uses them. As unlikely as it is that textrovert will ever find its way into the OED, such a thing seems even more unlikely for a word like ratchet, given its association with a black, urban environment. But in Urban Dictionary, ratchet has dozens of definitions, because Urban Dictionary isn't exclusionary like that.

See, imagine the kind of syllabus this person would create.

And They Have a Colorful Yet Realistic Understanding of English as a Language.

And No One Would Make You Read Twilight.

Though You Would Have To Suffer Through A Fair Number of Dead White Guys.

Still, Doing Shakespeare in This Class Would Probably Be Pretty Cool

And You Could Even Do a Combined Shakespeare/South Park Lesson

Maybe watch a few episodes of "South Park Shakespeare," am I right?

Your Teachers Would Give Self-Referential Definitions

Or a definition of a sonnet that is, in fact, a sonnet.

And You Would Definitely Learn The Difference Between Metaphor, Simile, and Analogy

Though on Poetic License They Have You Covered. As You'd Expect From UD

Overall, UD's Got Their Literary Definitions Down

And They Have Zero Patience For Tropes

Actually, it kind of is, isn't it? See, we're learning the correct usage of things already!