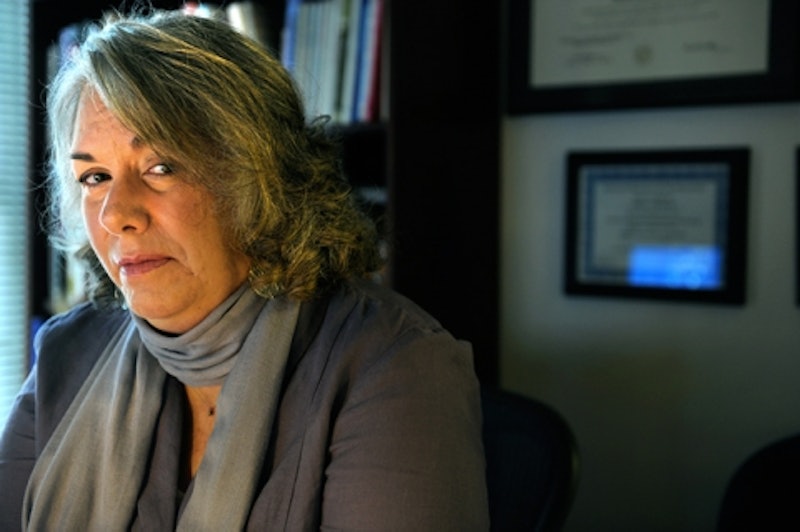 She made a smothered sound and began to weep. "Because that is the way of the world," she said. "This is just what happens. You have to accept these things.”

Randi Davenport’s The End of Always (Twelve) chronicles what happens when a single young woman decides that the way of the world is not good enough — at least for her — and sets out to change it. It's a modern idea, but Davenport's book, partially inspired by her own family, is set over a century ago in a small town in Wisconsin, where the troubles that women face don't look so very different than the ones ladies must deal with today.

Centered on young Marie, who is still reeling from the sudden (and violent) death of her beloved mother, Always follows Marie's attempts to carve out a different life for herself — the kind where domestic abuse is not the expectation or the norm. It's the heartbreaking choice that leads her to the precise place she doesn't want to be.

The daughter of an abusive father and a trapped mother, Marie's life is rocked by the death of her mother (most likely at the hands of her father, though Davenport keeps the truth of the death tantalizingly obscured for most of the novel). Sent to work in a nearby laundry to help finance her family — which includes a pair of sisters with troubles of their own — Marie soon encounters two seemingly different men: her cruel boss William Oliver and the handsome August Bethke. When Marie and August fall in love, she thinks that she's stopped the history of violence that's plagued the women in her family.

The book is classified as Davenport’s fiction debut (she previously penned The Boy Who Loved Tornadoes, a memoir about dealing with her son’s autism), but that doesn’t mean it’s not rooted in reality — the story of The End of Always is actually drawn from the story of Davenport’s paternal grandmother, on whom the character of Marie is based. Davenport did her research for the novel, utilizing methodologies common to genealogical research (read: a lot of slogging through official papers and census data), along with a deep dive into court documents that echo the events that happen later in the novel, but she also attempts to flesh out Marie, August, Marie’s older sister Martha, and other characters through her own imagination. The returns on such attempts are diminishing, and Marie never feels fully understandable or fully rendered, though she remains sympathetic throughout the novel.

Part of that sympathy rests on Marie’s devastation over the loss of her mother early on in the novel. Marie’s fixation on her mother carries through the book — a number of chapters start off with a small memory about her mother that doesn’t tie directly into the situations at hand, and Marie is perpetually recalling fairy tales her mother told her as a child — and it remains obvious (though not heavy-handed) that things would have been different for Marie had her mother (Davenport’s own great-grandmother) survived, even for a little bit longer.

Davenport’s love of historical context doesn’t just apply to her subject matter, however, and sharp-eyed readers will notice that the book is almost totally free of contractions — most characters speak in full words, as was standard at the time. The effect of all those missing “don’ts” and “won’ts” and “can’ts” is a subtle one, but even as the book drives home that this is a historical story (complete with historically correct speech patterns), it remains wholly applicable to modern life.

Marie’s struggles are not unique or dated — it would be easy to change some of the details of the book and imagine it in the modern era — but that only makes them more powerful and striking. The systemic abuse and misogyny she is forced to deal with throughout her life are just as prevalent today, and when Marie wonders who “the last girl” will be who has to deal with such issues, even she knows that she’s yet to be born. Sadly, we know that, too.

Davenport certainly has certainly some compelling material here, and Marie’s life story is interesting enough — an entire book could be written about the novel’s last-half court proceedings alone — but instead of focusing on and developing the rich topics at hand, Davenport shoehorns in all manner of unnecessary subplots. The author is particularly concerned with a halfway house Marie visits while delivering laundry, thanks to a boarder there who continually pops up throughout the rest of the narrative, but the attempts to draw emotion out of the relationship between Marie and Edwin the boarder only dilute the rest of the book’s power, which rests solely on Marie and her own story.