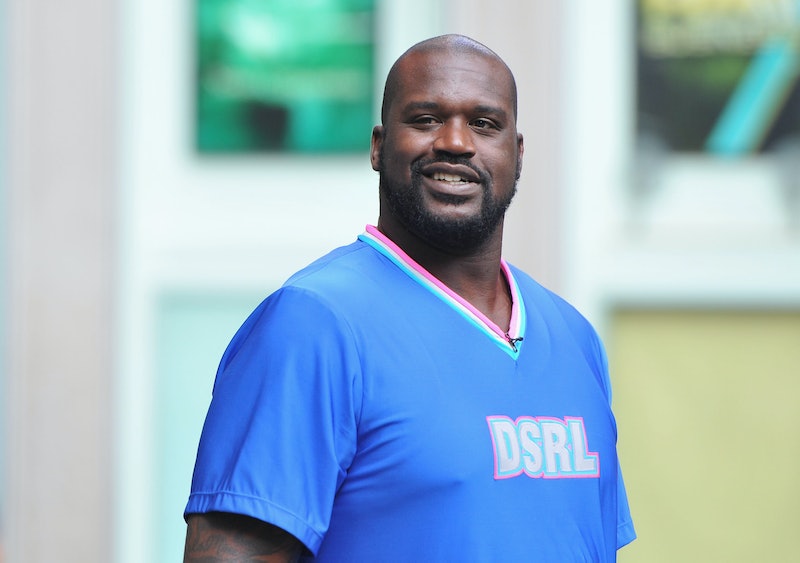 Shaquille O’Neal, retired basketball player extraordinaire and taker of adorable photos at Footlocker, is venturing to go where no celebrity has ever gone before: into the realm of children's books.

Whoops, hold on, just fact-checked that statement — actually, plenty of celebrities have gone there before, and it's always just a tiny bit disturbing; like, do you actually want your kid reading that thing that, um, Madonna co-authored? But side-eyes aside, Shaq's book series sounds pretty adorable: the series will be called Little Shaq (aw), will feature the adventures of young Shaq and his cousin Barry (aww), and, as Shaq said in the announcement, will be a "slam dunk for literacy!" (Okay, stop this, it's too much, we can't take it.)

The first book in the Little Shaq series will be published with Bloomsbury in 2015, and promises to appeal to the littlest wannabe-pro athlete in your life. But in case you're desperate to introduce your children to the wild and wonderful world of celebrity authorship before then, you could always try one of these questionable gems:

He's releasing a series of "Trickster Tales" with Simon and Schuster, and just in case the "trick" is that the "tales" are entirely inappropriate personal confessions, parents may want to read the books first.

She's a mom… and her last name has something to do with grammar… so it was only a matter of time. You can snag Presenting…Tallulah for $1.53 on Amazon.

Madge wrote a charming story about a cliquey group of girls who learn a valuable lesson about friendship in The English Roses. Other books by Madonna: Sex.

McCartney's tome High in the Sky is basically the plot of "Imagine," but with animals.

He wins Most Innovative Title of the bunch: Propeller One-Way Night Coach is about a little boy who gets to spend a lot of time in airplanes.

In Queen of the Scene (GET IT?), a kid rules the playground with mad basketball, stickball, jump rope, and soccer skills. "And watch out, boys, because she's representing all the girls, and the Queen has girl power to the max!" reads the book description, raising an important question: do kids say "to the max" anymore?