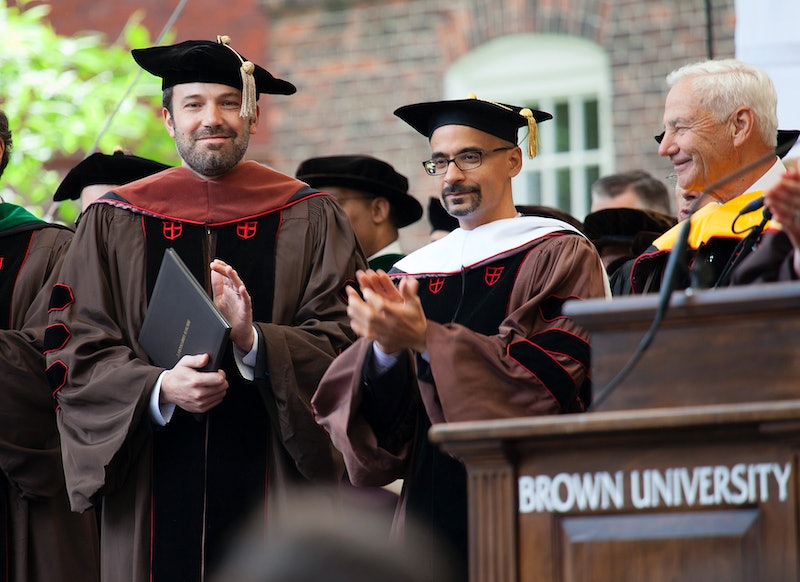 What's your major? It's a question most of us college students get, but that some of us will never be able to answer. While most institutions of learning follow the model of choosing from a set of school-offered majors, for some of us, the idea of a major was always too restrictive.

Because what if the thing you wanted to study (say, pop culture) isn't a major? Even worse, what if you didn’t know what you wanted to do at all, but knew you wanted to mix a bunch of things into one concentration? If the idea of not melding your interests in writing, psychology, fashion and gender studies sounded oppressive and limiting, then you might have ended up in a program where you could design your own major — or as we like to call it — concentration.

At colleges without majors, or rather, schools with individualized study programs, you didn’t have to choose a major from a pre-ordained list of subjects. You could make your own concentration! These amazing institutions of learning allow you to meld dueling left and right brain subjects: art and psychology, history and science — HELL — woodworking and politics if you so desired.

If you went to one of the schools — or are lucky enough to be at one now — then your college experience was probably incredible. And there are some things only you you can truly understand. Things like...

When you applied to college, you had NO idea what you wanted to study

You were interested in a few different subjects, but didn’t want to choose the wrong one

So you applied to Hampshire College, NYU Gallatin, The New School, or Brown and said...

I can choose everything, EFF INSTITUTIONALIZED ACADEMIC BOUNDARIES

You weren't going to pigeon-hole your intellect —YOU HAVE IMAGINATION!

once you got to school, Your classes were small and discussion-based

And you didn't sit at desks. you had CONFERENCE TABLES.

I wanna look you in the eye when we intellectually spar...

your professor's go-to term was "Let's unpack this..."

Or check your privilege

No matter the subject of your seminar, your syllabus was chockfull of social theory...

which gave you the ability to basically intellectualize anything

You know, like the girl who sits next to you in your seminar "Re-imagining the Disney-Industrial Complex?" Her legal name is Jane, but she goes by "Windsor Chair."

The pretension factor in your classes was real

You lived in a tornado of higher-order thinking, but you loved it.

When you explain to an outsider that you made your own major, they go

People may think that it makes you a bit airy fairy....

But when friends from other schools changed their majors, you were like

Ahead of the curve.

Come senior year, you had to pull off a crazy, multi-faceted thesis project

You had a panel discussion and an art installation and maybe a play. But first, you had to read all of Pierre Bourdieu's Distinction, because your advisor said so.

and you probably didn't sleep for two months straight...

The library is your home now.

But this was a labor of love

You're the one who chose to major in "style as a form of protest, as seen in midcentury youth subcultures."

When the fateful day came, you bested the project

You slayed the individualized study dragon.

but Graduation was a big bowl of bittersweet

This is the most perfect place on earth and I don't wanna leave!

as it turned out, explaining your school's program makes you crazy interesting to employers

In the working world, your individualized major is actually an advantage. It's all about spin, baby.

plus, you basically majored in the art of bullshiting

Sallie Mae might be on your ass, but at least you got to choose your own debt adventure.