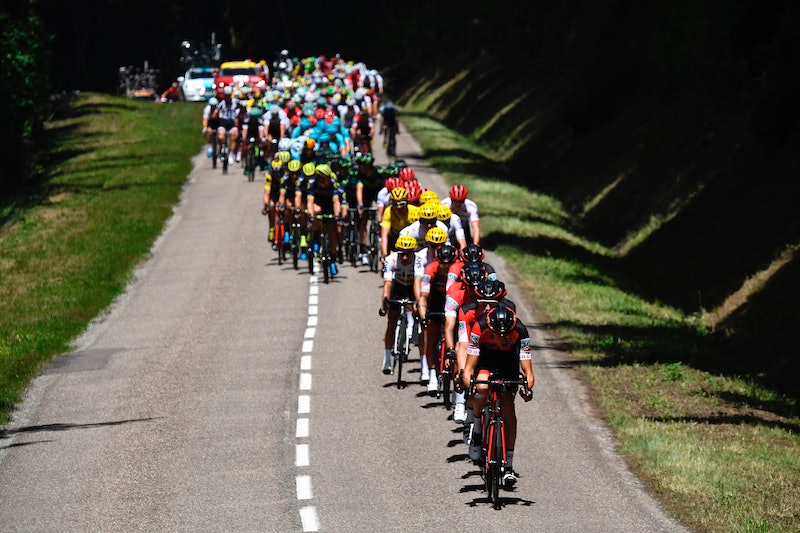 Remember that scene from Butch Cassidy and the Sundance Kid when the salesman shows a crowd of spectators a black bicycle and tells them that it’s the machine (I paraphrase) of the future? He may have seemed a silly character — and Butch may have eventually thrown that bike aside in aside in a fit of Ludditic rage — but the prophecy couldn’t have been more correct. As our nation becomes more urbanized and (slooowly but surely) more eco-conscious, the bike has emerged as a kind of symbol of a smarter, more efficient, and — dare we say — cooler future. Along with it, a number of cities have stepped forward as havens for the growing number of cyclists and cycling enthusiasts.

It’s hard to evaluate, of course, just what makes a city a cycling haven. Certainly, how safe it is a major factor. How many designated bikes lanes does it have? How popular is cycling among its denizens, tourists, and commuters? In truth, though, cycling mania is an unpredictable phenomenon, and cycling communities have managed to stake out fervent communities in a variety of locales, from the large and urban (New York, San Francisco) to the small and semi-rural (Eugene, Missoula).

To pick our list of the best U.S. cities for cyclists, then, we eschewed baseline criteria and instead drew upon the wisdom of bike and travel experts, who look not only to the number of cyclists a city has, but to the quality of cycling offered, the availability of cycling resources, and the efforts by government to support cycling popularity and safety.

Montana is considered one of the bike-friendliest states. But when it comes to cycling in cowboy country, Missoula, a city of 68,000, stands out. Travel Channel’s website notes the city’s “wide range of mountain biking trails” and “Adventure Cycling Association, one of the nation’s premier bicycle travel organizations.”

According to the Travel Channel’s website, this smaller city in Kentucky is “quickly becoming a hub for cycling.” Of particular note is its 100-mile “Loop,” “a trail system” — currently under construction — “that will someday connect the entire city, linking parks and neighborhoods in one giant bicycle super highway.” The city also has its own bike-sharing program called Louisville B-cycle, making it a truly bike-friendly city.

New York’s profusion of bike lanes and bike paths have long made it a cycling-friendly city. But the recent explosion of cycling culture — particularly in Brooklyn — and the surprising success (at least for now) of the Citibike program, have made the Big Apple a kind of Amsterdam of the Northeast. New York may be a dangerous place to ride, but its municipally-supported bike-rental programs are helping to decrease traffic congestion and raise a city’s eco-friendliness profile on a mass scale.

Scan enough lists of popular biking cities and you’ll begin to notice that many of the top spots are places subject to rain and/or cold weather. Who wants to bike in that? Tucson’s year-round warm weather, combined with its 700 miles of designated bike paths, make it an ideal cycling city for diehards and dalliers alike.

Seattle’s effort to put money and muscle behind biking — it’s implanted a 10-year, 240-million-dollar program to increase cycling and add bicycle paths — make it a prime destination for any bike enthusiast.

Though Portland gets the lion’s share of attention from the biking community, Eugene offers plenty of perks for cyclists, without all the — shall we say, Portlandomania? — to distract them. Bicycling magazine, which ranked it #5, nods to the city’s Safe Routes to School program (which helps to ensure biking safety among kids) as one of many reasons why the city of 150,000 is a cyclist’s dream.

Denver, according to Fast Company, has the third-best “Bike Score” of any city in the United States. Tallied by the same company that publishes Walk Score, Bike Score measures cities’ bikeability using four criteria: “the availability of infrastructure like bike lanes, hilliness, route options (are there places to go on your bike?), and the level of commuting.”

It’s worth mentioning that Bicycling Magazine, in their list of best cities for cycling, also places Colorado in high regard: Boulder captured their number-three spot.

Bicycling Magazine nods to this midwestern Twin City’s “thriving bike community” and “120 miles of on-and off-street bicycle facilities, plus indoor bike parking, and other cycling-friendly facilities” as reasons for its popularity among cyclists. In Minneapolis, though, cycling isn’t just about hobby or sport — it's a lifestyle. Among the city’s 400,000 residents, 20,000 bike-commute during the summer and as many as 7,000 do so year-round. If you’ve ever spent a wintertime millisecond in Minneapolis, you know that latter group is seriously dedicated.

Portland’s dominance in all things biking is normally so assured that, in 2010, when Bicycling magazine ousted them from the #1 spot on their list of the best cities for bikers — in favor of Minneapolis — and pushed them to a lowly #2, it caused an uproar in the bike community. Still, Portland either tops or ranks well on most other lists of optimal cycling locales. With more bikers per capita than any other city in the U.S. and a culture supportive of the cycling lifestyle (it also has the most coffee shops per capita) the Oregon city and hipster mecca is truly the best place to ride your bike.

More like this
TikTok Has A Genius Old School Hack For Saving Money
By Sophie McEvoy
The 6 Best Sunglasses For Snow
By Lauren Moison
The 3 Best Heated Steering Wheel Covers
By Margeaux Baulch Klein
Twitter Has *A Lot* To Say About The "Single Penalty”
By Sam Ramsden
Get Even More From Bustle — Sign Up For The Newsletter
From hair trends to relationship advice, our daily newsletter has everything you need to sound like a person who’s on TikTok, even if you aren’t.