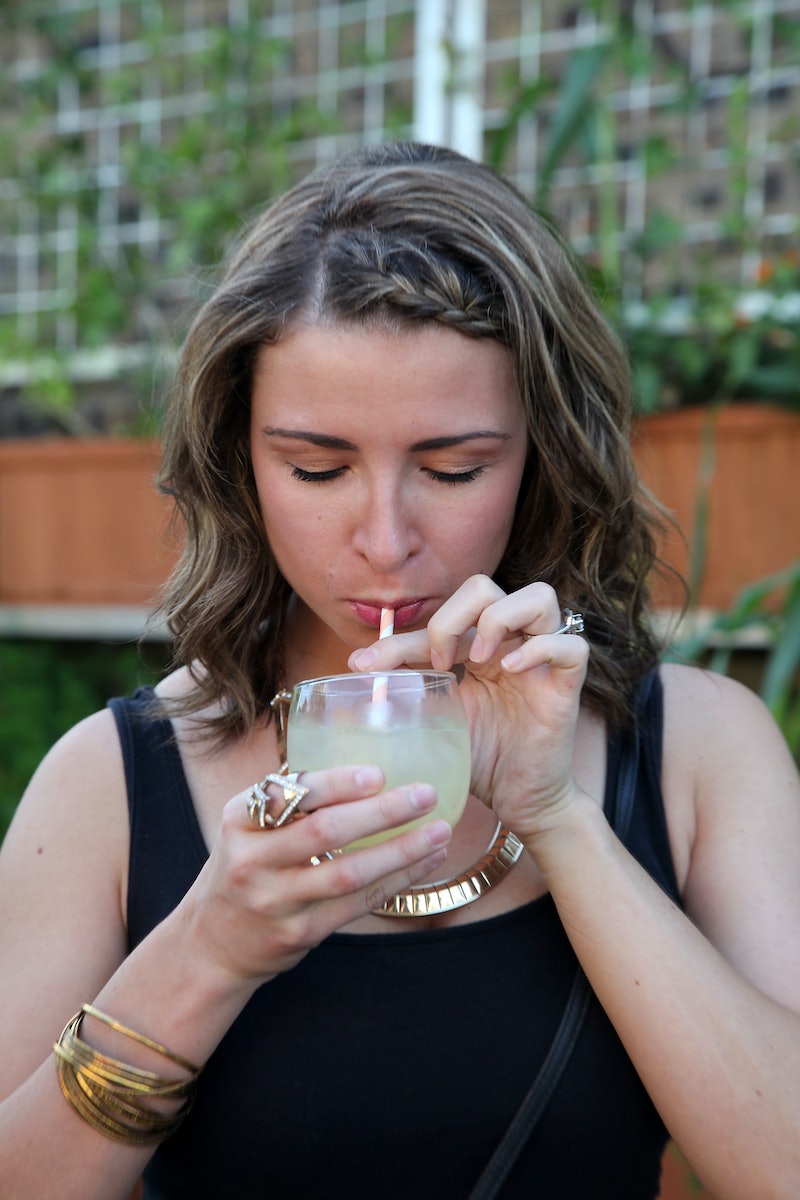 Cara Liebowitz’s 21st was typical in many ways: Dinner with friends, birthday cake, a night on the town. One tradition that Liebowitz chose not to uphold, though, was taking 21 shots — or even one.

Reports in both the popular and academic press tend to hone in on young adults’ binge boozing and risky drunken behavior. A New York Times article blamed alcohol for facilitating sexual assault at UPenn, a recent study suggests a rise in alcohol-related deaths among young European women, and a new book argues that women have a problem with wine. But for all the panic surrounding young women and drinking, as many as 20 percent of college students abstain from alcohol altogether.

Liebowitz includes herself in that minority. She’s been of legal age for two months now, but has only had one drink in her life.

“I'm terrified of getting drunk,” she says. “I have an anxiety disorder, which manifests itself in a variety of ways — one of them is being excessively worried about my health, having control over my own body.”

Kathleen Downes, 20, has made it through two years at the University of Illinois at Urbana-Champaign without so much as a sip of alcohol. She credits a strong moral conviction as well as safety concerns for her commitment to sobriety.

“I don't like the way alcohol causes people to do things that are not consistent with their usual personalities,” says Downes. “On another note, I have a severe physical disability and many of the effects would be especially not good for someone who already has impairments. As a young woman who is disabled, I am vulnerable, so I don't see a reason to introduce something that could put me at heightened risk for abuse.”

Other women just don’t see what all the fuss is about.

“I didn't like the taste of alcohol,” says Richa Naidu, 22, who drank socially from the ages of 15 to 18. “I found that I could, in fact, dance and speak with people on nights out even if I was sober.”

Naomi Richman, 22, a graduate student at Oxford who had her last drink more than two years ago, also says she “never really needed alcohol to have fun.”

“I don't enjoy being around people when they are really drunk,” says Richman. “I’m quite repulsed by alcohol, to be honest.”

In college, though, where going to a frat party sober can seem as unthinkable as showing up to class without the textbook, choosing to abstain can be isolating.

“My social life is definitely affected,” agrees Downes. “I do get lonely sometimes and I wish it were easier to find fun things for my age group that didn't involve alcohol.”

Ever since giving up alcohol, clubs and bars — a mainstay of social life at Oxford — no longer appeal to Richman. “Spending £2.50 for a Diet Coke sucks,” she says.

And as much as socializing on campus seems particularly dependent on alcohol, the challenges don’t end when teetotalers enter the workplace.

“Most of the people I work with are in their mid-to-late-twenties and drink like fish,” says Naidu, who works at Reuters. “It's a little more awkward to say ‘no’ to a colleague.” Even with friends, it can still be uncomfortable: “There's a point on a night out at which my drunk friends cross over into an entirely different realm and, sometimes, I feel slightly left behind.”

But it’s possible to enjoy going out without hitting the bottle.

“Last time I was in London, my friend and I went speakeasy hunting. I just got bartenders to make me the prettiest or the most interestingly flavored non-alcoholic cocktail they could,” she says. “If my boyfriend has wine with dinner, he pours cranberry juice in a wine glass for me.”

Some say they can even get a buzz off just being around drunk people.

“A lot of people are surprised when I tell them I don’t drink, because they think I’m drunk at clubs anyway,” says a 21-year-old Cambridge student who abstains in keeping with her Muslim beliefs, and asked not to be named. “Not drinking has never really affected my social life because I am quite confident and like socializing anyway.”

Teetotalers often find themselves on the defensive, faced with stereotypes about non-drinkers being anti-social, prudish, or just plain weird.

“I definitely have felt pressured, and judged, but I don't think that's abnormal,” says Naidu. “I mean, let's face it, it's a little weird in this day and age.” Naidu finds that letting people make a false assumption is often easier than explaining herself: “I'm brown, which usually means people let me off the hook and assume it's a cultural decision.”

Richman has encountered a range of responses. “Some people really admire and respect it as a decision,” she says. “Occasionally, I get a person who finds it weird or seems judgmental, but I couldn’t care less.”

There’s certainly a case to be made for sobriety. Apart from being at a lower risk for a whole host of academic, psychological, and health problems, women who don’t drink just don’t have to worry about things like pouring out their feelings to strangers, losing everything they own or raiding the college laundry room for socks. Really, who among us 80 percent-ers has never woken up worse for wear and sworn off alcohol for good? Personally, though, my resolve has never outlasted my hangover. I’ll place myself firmly in the “admiring” camp.