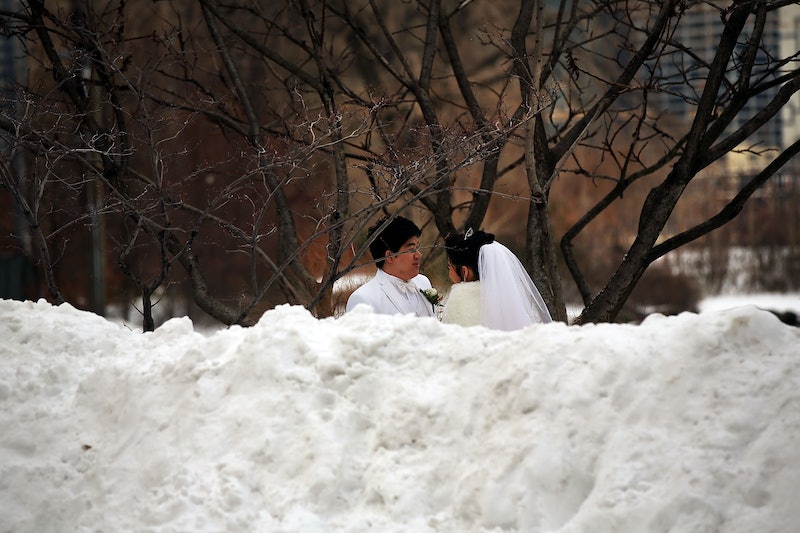 Monogamy: All easy, natural rainbows and butterflies, right? Well, maybe not: Humans haven't always been monogamous, and the reasons we became a two-makes-a-pair kind of people are not as romantic as you may think. Two new studies conducted research on mammals to try and get to the root of our peculiar coupling — and the results they found were pretty different.

The first study, published in the Proceedings of the National Academy of Sciences (PNAS), examined 230 different primate species and found that males evolved to stay with one female in order to protect their offspring from other violent males. Basically, other males would come in and kill the first male's offspring so the female, no longer nursing, would be ready to mate again. “This is the first time that the theories for the evolution of monogamy have been systematically tested, conclusively showing that infanticide is the driver of monogamy,” explained researchers. Grim prospects. Males had to stay by their lady's side to ensure their genetic line would not only be birthed but also make it into adulthood. Some sort of chivalrous fatherhood, seemingly.

The second study, led by Dieter Lukas and Tim Clutton-Brock of Cambridge University and published in Science, looked at 2,500 mammals, or more than half of know species. Researchers found no correlation between monogamy and infanticide. Instead, this study found that males stayed with females because of geographic factors. Females live too far apart, and males can't possibly be in so many places at once. “Monogamy develops where females live at low density,” explained Lukas. It's all about location.

Come to think of it, these findings aren't that far-fetched, and the results may not be as contradictory as they seem. Roaming around trying to find mates is difficult geographically but also diminishes the possibility of a father insuring his kids survive. So really, sex is all about optimizing chances for passing on our genetic material, while monogamy is the final touch to make sure that genetical material survives to reproductive age. Hey, we're all basically mammals, and reproducing is just our biological imperative. And what the heck, a little love thrown in never hurt anyone.