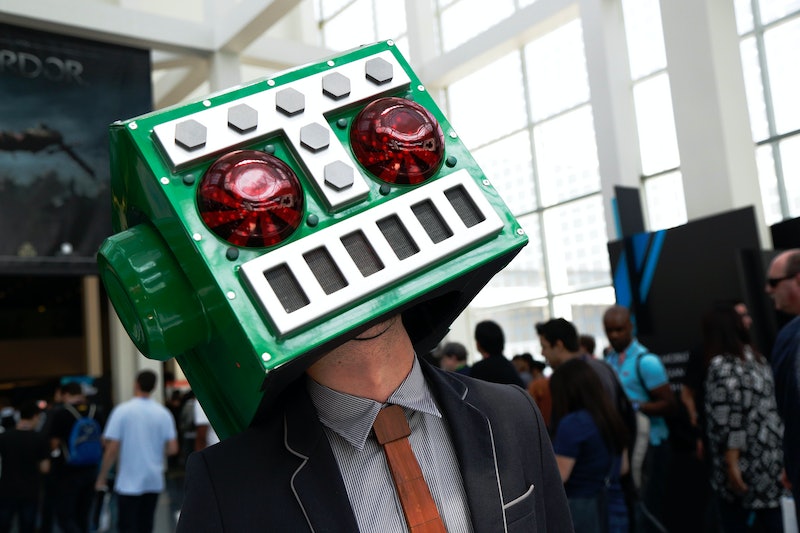 Nerds just ain’t what they used to be. Once pimply punching bags and protagonists of 1980s revenge comedies, the computer geeks and gaming hounds among us have stepped out, suited up, and started companies that, seemingly more often than not, go on to have zillion-dollar IPOs. The revenge of the nerds is truly upon us.

“Nerd culture is mainstream now,” says Parks and Recreation ’s Ben Wyatt, in futile defense of his perceived boringness and excess erudition. Is it surprising that his listener, the over-cologned Tom Haverford, remains deaf to his reasoning? He lives in Pawnee, Indiana, after all — not exactly the best place for a minor accounting celebrity and “Cones of Dunshire” inventor, no matter how twee-ishly cute.

Which brings us to the important question: Where should a nerd live? In which cities in the historically nerd-unfriendly United States, can a gamer, coder, fan-fiction scribe, or whatever other sort of person with an unjustly outsized left cranial hemisphere bask in his/her nerdiness without fearing that his/her graph paper will be ripped out and sent back as a plane? (Just a hypothetical question.)

Here, we’ve drawn on a range of data — annual comic book conventions, number of comics vendors, computer stores per capita, and popularity of LARP (live-action role-playing) group — which have, in turn, been collected (dare I say nerdishly?) by the good folks at the real estate website Movoto and the U.S. National Science Foundation. Using this all-important data, read on for our picks for the top 10 nerdiest states in America.

The Renaissance faire in Omaha is one of the few staples of nerd culture that has genuine appeal for outsiders. Who doesn’t want to watch a jousting competition while gnawing on a giant turkey leg? Omaha, Nebraska sports the Renaissance faire that’s closest to its city center (these festivals often take place in semi-rural locations, so driving distance is a big factor for attendees), making it the leader — or should we say lord — of this particular nerd tradition.

Owing perhaps to its spaciousness and its proximity to Hollywood (which seems to take more and more pages from the Marvel playbook every year), Los Angeles, California hosts the highest number of “cons” (nerd lingo for conventions) every year. Though the most famous types of cons are those centering on comics culture, L.A.’s 12 annual conventions range in subject; in addition to an annual Comikaze Expo, the city also plays host to an annual Anime Expo.

Matching groups named on LARPlist.com and city population data, Movoto estimated “where the best LARP group to potential player ratio existed.” Perhaps surprisingly, Raleigh, North Carolina came in third place. Of particular note is Raleigh’s Shards of Orn LARP game, which you can learn more about — if you so wish (we won’t say anything) — here.

Matching Wikipedia’s list of science museums with U.S. population data, Washington, D.C. had the most science museums per capita. It’s not surprising, given the role the federal government plays in funding and supporting museums and science education. We just wish the folks in Congress, in particular Mr. Boehner, would visit the exhibits (perhaps there’s one on climate change?) more often.

Owing to the nerdish love of all things-space related, Huntsville, Alabama, which is the home of NASA’s Marshall Space Flight Center, stands out as a major nerd-culture hub. The city, whose space center Forbes says “has been at the forefront of the nation’s space exploration mission for five decades,” is truly a nerd force to be reckoned with.

One of the touchstones of nerd culture is the comic book, and one of the things that makes comic books so special to nerds are their relative nichiness — you’ll be hard-pressed to find a latest issue of your favorite series at Barnes & Noble, or reviewed in a traditional publication. Comic book stores, then, act as havens for nerds, and in no city can you visit more of them than in Portland, Oregon, which, according to Movoto, has the most comic vendors of any city in the U.S. (Movoto used data from Yelp, which, to date, lists 40 stores in the Portland area.)

It will not come as a surprise to those in possession of humanities degrees that the B.S., not B.A., is the yellow brick road to employment. There is no better advertisement for the lucrativeness of science and math education than Framingham, Massachusetts, which boasts a labor force with an impressive 16.6 percent of workers involved in math- and science-related work.

Comic books may be the literary centerpiece of nerd culture, but nerds tend to be voracious readers in general, especially when it comes to science fiction and fantasy. Any city with a large bookstore showing can be considered kind to nerds. According to Techyville, Oakland among the top three U.S. cities with the most bookstores per capita. The Northern California city also hosts an annual Nerd Nite, solidifying its high rank the world of nerds.

Is it any surprise that the Silicon Valley region of Northern California (of which the city of San Jose is the de facto center) has more computer stores than any other part of the country? Perhaps, since the rate at which tablets and wearable technologies fly out of its various tech headquarters suggests that PCs may eventually go the way of the (actual) snow leopard. But, for now, the city reigns supreme in this department, with one computer store for every 1,991 residents. The region, which also includes Sunnyvale and Santa Clara, also draws some 40 percent of the nation's venture capital and is home to Google, Apple, Intel, and Facebook.

When it comes to nerd culture, this Georgia city hits all the right spots. Atlanta has the second-nearest Renaissance faire in the U.S., the second highest ratio of LARP participation, the most bookstores per population, and the most game stores per capita (one for every 16,016 residents). That makes this city, already reputed for its music production scene and burgeoning hipster-culture outposts, the nerdiest locale in America.

More like this
Ashamed Of Your Screen Time Stats? Here's How To Change That
By Alexis Morillo
How To Turn Off TikTok Profile Views So You Can Stalk Other Accounts In Secret
By Alexis Morillo
This Wordle Rival Is Taking Social Media By Storm
By Sam Ramsden
Netflix Shut Down 'Bridgerton' S3 Rumours About A “Very Dark” Storyline
By Bustle
Get Even More From Bustle — Sign Up For The Newsletter
From hair trends to relationship advice, our daily newsletter has everything you need to sound like a person who’s on TikTok, even if you aren’t.