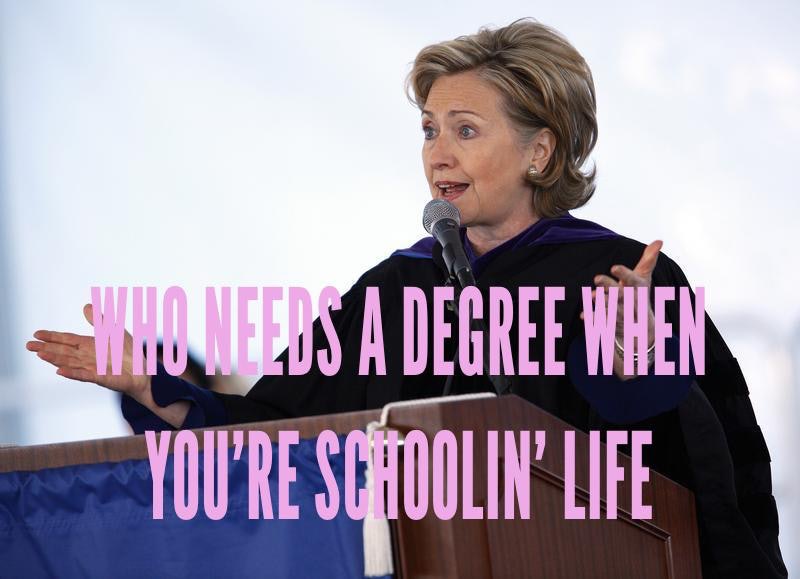 The cluelessness of Fox News hosts often makes the news, like Megyn Kelly’s assertion that Santa Claus is white and the constant idiocy of Bill O’Reilly. During a guest spot on the Fox News show Outnumbered, where four female hosts are pitted against one man, host Jesse Watters made his own equally idiotic remarks about a group of young women he calls “Beyonce voters.”

Referencing Hillary Clinton’s disappointment in the Supreme Court’s Hobby Lobby decision, Watters said that Clinton was using the ruling to whip up the support of young women. “She needs the single ladies vote. I call them ‘the Beyoncé voters’ — the single ladies. Obama won single ladies by 76 percent last time, and made up about a quarter of the electorate,” said Hughey. “They depend on government because they’re not depending on their husbands. They need contraception, health care, and they love to talk about equal pay.”

Not surprisingly, Watters’ short-sighted remarks sparked outrage from young women who don’t consider their political beliefs to be quite so simple. At Salon, Sarah Gray called Watters’ rant “condescending garbage.” The Daily Beast’s Kelly Williams Brown took a more humorous approach, describing a satirical day in the life of a Beyonce voter:

“We yowl day and night about unequal pay. “Seven cents for every dollar,” we screech sleepily as we wake up alone every morning, our one-night-stand having beat a hasty exit at 3:45 a.m. “I am Leaning In and crushing the patriarchy,” we reassure ourselves while feeding the cat. “Lilly… Ledbetter…” we whisper to ourselves as we frown at men.”

On social media, the hits just kept on coming. One Tumblr, simply titled Beyonce Voters, superimposes relevant Beyonce lyrics onto some really great photos of people like Hillary Clinton, Barack Obama, and Ruth Bader Ginsberg. Check out our four favorite posts from the Beyonce Voters Tumblr, then head on over to the site — it's a hilarious and empowering way for an independent, flawless single lady to waste a few minutes.

More like this
Beyoncé Has Officially Won The Most Grammys Ever & Twitter Is Losing It
By Jake Viswanath
Twitter Is Having A Meltdown Over Buying Beyoncé Renaissance Tour Tickets
By Jake Viswanath
The Beyhive Is Mad At Harry Styles After Beyoncé’s Album Of The Year Snub
By Jake Viswanath
12 Anti-Valentine’s Day Memes For People Who Are So Over Romance
By Meghan Bassett
Get Even More From Bustle — Sign Up For The Newsletter
From hair trends to relationship advice, our daily newsletter has everything you need to sound like a person who’s on TikTok, even if you aren’t.