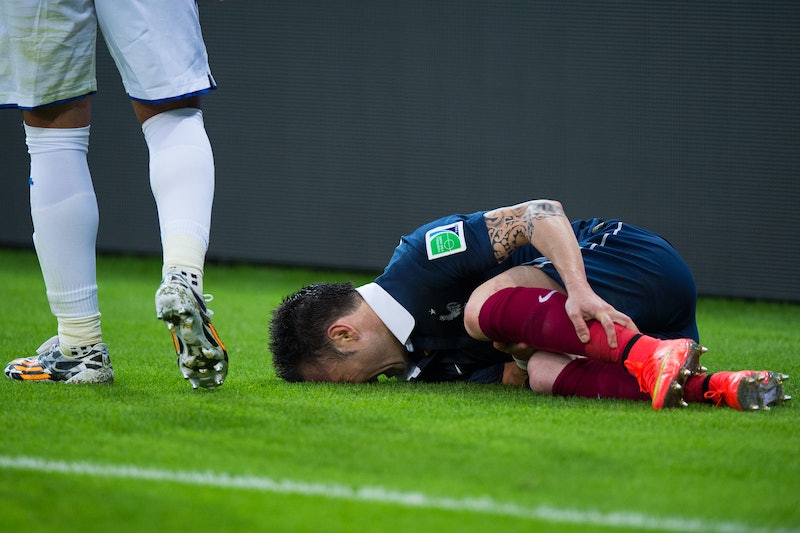 As the World Cup draws to a close, sports media will be forced to find another subject to discuss besides soccer. It’s been an interesting athletic event, full of exciting twists (Brazil vs. Germany, anyone?), much-bemoaned turns, and most of all, lots and lots of flopping around on the field. Even someone who doesn’t know the difference between a midfielder and a goalie can tell you one thing about the game — it’s full of athletes who like to fall down and pretend they’re hurt. Cue the histrionics!

Would it be awesome if we could all flop around whenever someone bumps into us at the grocery store or steps on our foot at a concert? It would probably end up being more annoying than great, but this hilarious video from Canadian production company Fourground Films explores what it would be like if everyone in the real world acted like an accidental brush on the shoulder felt like a full-force right hook.

If only those red cards existed in real life, and you could pass them out to people who cut in front of you in line at the grocery store and cut you off in the middle of traffic. Watch the video, then practice your best falls to prepare for your next trip to the mall.

Oh, and that guy who smacks the woman on the butt? He definitely deserves to be kicked out of the game.

More like this
6 Organizations Fighting Police Brutality That You Can Support Right Now
By Syeda Khaula Saad and JR Thorpe
Here's How Netflix Should Adapt Prince Harry's Memoir Into A Movie
By Ginny Hogan
Andie From 'How To Lose A Guy In 10 Days' Is A Total Gemini
By Nina Kahn
The 6 Best Sunglasses For Snow
By Lauren Moison
Get Even More From Bustle — Sign Up For The Newsletter
From hair trends to relationship advice, our daily newsletter has everything you need to sound like a person who’s on TikTok, even if you aren’t.