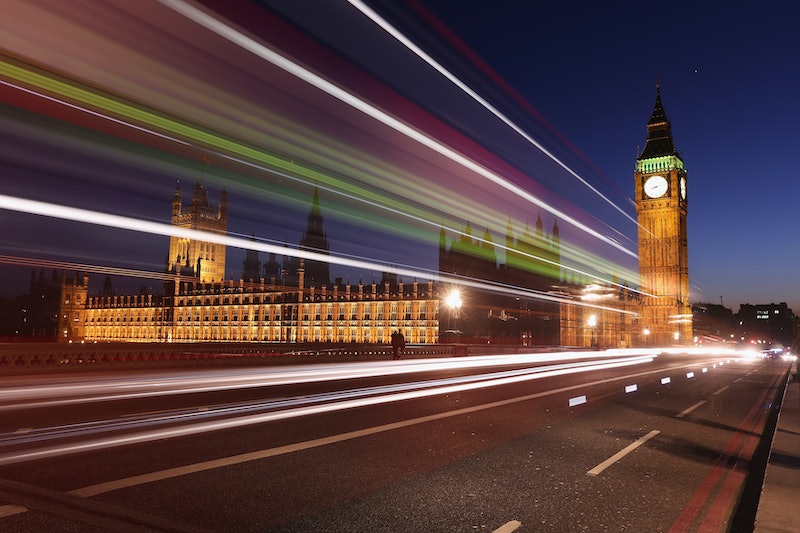 If your schedule, graduation requirements, and finances allow it, the best piece of advice I can give to any college student is to study abroad. You’ll never have another chance to experience living in another country quite the same way you will during your university years. And for me, there was no better place to go than London.

Given that my forte was Renaissance drama, it was always kind of a given that I’d go to the UK. I spent a semester at the British American Drama Academy in London, and I can safely say that it ended up being the best thing I ever did in college: Not only did I learn a ton about my particular area of focus, but I had an absolute blast while I was there.

I’m old by Internet standards, so it’s been quite a few years since my study abroad days. I went the spring semester of my junior year, which was way back in 2006. A number of things about the city have probably changed since then — late night pub licenses were only just becoming a thing, the debit/credit card chip was still relatively new, television shows have come and gone — but I imagine the general experience is still much the same.

If you're thinking of studying abroad in London, you might be wondering what your time there would be like. It's pretty safe to say some things haven't changed, so here’s what you can expect.

You may speak the language…

…But you'll still have to learn new words

If people act confused when you say “jelly,” it’s because that’s actually Jell-O there. Also, never refer to your trousers as “pants.” You’ll get some really weird looks.

It'll be wet — even if you're from the NorthWest

What do you mean, the Tube doesn’t run after midnight?

Knight bus? Get it?

And what the heck are all these “zones” of which you speak?

And the Tube is on strike again?

You’ll also be really proud of yourself the first time you manage to say “Cockfosters” without giggling.

You'll kind of secretly hope to come back with an accent

Even though you know that would be really pretentious and annoying, so of course you would never do anything like that. But on the plus side, if you’re an actor, your various British accents will never be better. Total immersion!

You'll never go to the movies, because you could eat off of what they cost for a week back home

And hey, at least good theatre is super cheap for students!

And museums are free? All of them?

you will Travel. Often. All the time. Everywhere.

Whether you're going other places in the UK via the bus or the train, or heading off to other parts of Europe thanks to uncomfortable yet remarkably low-cost airlines like RyanAir, you'll take advantage of how easy and relatively cheap it is to get around.

You'll kind of expect class to be like this:

And will be a little disappointed when it’s not

Trying to find a good cup of coffee will be impossible

Even so, you will pledge your allegiance either to Costa Coffee or to Caffè Nero — but never to both.

Pro tip: Panzer's Deli in St. John's Wood has all the American food you could ever need if you start feeling a little bit homesick. I actually lived in St. John's Wood, so it was right around the corner; if, however, you live elsewhere, you'll need to venture into Zone 2 for it. It's totally worth it, though, so... just bear that in mind.

though why on earth would you eat Hershey’s when you’ve got Cadbury?

Black cabs have plenty of room to stretch out. Are you listening, NYC yellow cabs?

bigger than your room even

The exchange rate is a bitch, and London is a really expensive city. You have been warned.

Your new favorite drunk food will become the almighty kebab

There’s nothing quite like eating hunks of meat off a stick when you’re wasted.

Bonus points if they come from a van.

Okay, so Sherlock was barely a glimmer in Steven Moffat and Mark Gatiss’s eyes when I was there. But if college-age me where there now, though, you can be damn sure I’d be keeping an eagle eye out.

You'll have to go see the Changing of the Guards

Or some other super touristy thing. You might hide the fact that you've done it, but you can't very well not, can you? You'll also probably take a picture of yourself walking barefoot across Abbey Road. Just go with it.

British celebrity culture will both fascinate and repel you

And you thought American celebrity culture was weird. You'll still become strangely addicted to it.

If only going for a quick drink could be this low-fuss in the U.S.!

Incidentally, it will also be across the street from the pub you won’t go near

Funny how the population can change so fast.

you will also never eat at your neighborhood pub. Ever.

Just don't do it.

You'll quickly learn that there’s nothing “express” about Pizza Express

But you still go there for lunch sometimes, because it's about as good as pizza gets in London.

I guarantee you will have at least one moment when you try to come up with a particular American word, only to have the nothing but its British equivalent pop into your head. For me, it was “parking garage” — the only thing I could think of was “car park.”

and most of all, it will have been so, so worth going

It just is. Go forth, be ridiculous, learn lots, and have fun!

...just, for the love of god, don't say anything like this

More like this
You Can Stay At The 'Hocus Pocus' House On Airbnb
By Alexis Morillo
Craving The Beach? Here's Your Guide To A Solo Vacation In Turks & Caicos
By Alexis Morillo
5 Ways To Help People Impacted By Hurricane Ian In Cuba & Florida
By Emma Carey
The Spiritual Meaning Of Angel Number 000, Explained
By Kristine Fellizar
Get Even More From Bustle — Sign Up For The Newsletter